Who has not seen the epic science fiction movie Avatar? The movie has a box office record of $2.923 billion worldwide against a budget of $237 million. It was a huge step for the cinema to use technology and such intense visual effects in a movie. The director of the movie James Camron created a new world called Pandora and a local tribe called Na’vi, an indigenous group of pandora. The movie was a huge hit both at the box office and with the critics. It has won the Oscar and was nominated 9 times for best picture, best director, and more categories. The movie has been confirmed for four sequels yet to be filmed and released.

Recently the second part of the movie Avatar: The Way of water was released and today we are talking about a new actor who has become an important cast member of the movie. Britain Dalton is the rising star who plays one of the lead characters in the movie. Britain is an American actor well recognized for his appearance in Avatar: The Way of Water as Jake Sully and Neytiri’s second son Lo’ak.

Where Was Britain Dalton Born?

On December 12, 2001, Britain Dalton was born to Jeremy Dalton and Mrs. Dalton in California, USA. He is recently introduced to the movie industry so yet he has not revealed any information about his family except that he has a younger sister whose name is not disclosed. There are no details about his parent’s whereabouts and what they do for a living. He belongs to the Caucasian ethnicity and holds citizenship in America. Moreover, there is no information about his education or where he learned his acting. 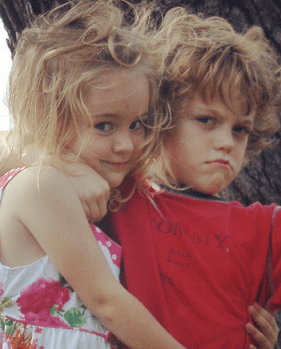 What Does Britain Dalton Do For A Living?

Britain Dalton is an actor, who happens to enter Hollywood by chance. He has not planned or thought of acting as a career choice until a film student saw him doing card tricks on the streets and approached him to audition for a role in the Chapman University movie called Jude’s Tribute. With his born acting talent and unique style, Britain landed himself the role in the movie and started his acting career.

He then got chances to make a guest appearance in numerous TV shows including Criminal Minds, Trial, and many more. Then appeared in the short film called The Adventures of Knickerbock Teetertop released in 2015 and Grill Dog released in 2015. He also gave his voice as a voice artist to the animated character Nathan Drake in the action-adventure game called Uncharted 4: A Thief’s End released in 2014. Later in 2016, Britain got his major role as Jason Larson in the TV series called Goliath. 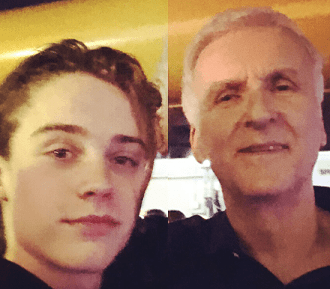 His movie breakthrough is Avatar: The Way of Water, where he plays the character of Lo’ak, the second son of Jake Sully and Neytiri. The character is one of the important parts of the movie and will be reprised in the third sequence of the movie called Avatar 3 directed by James Cameron.

Who Is Britain Dalton Dating?

Britain Dalton is currently single and focused on his career so he does not have a girlfriend. He is not yet comfortable with that label to talk about his love life with the world. As of now, we have no clue if he dating anyone or not.

How Much Is Britain Dalton’s Net Worth?

Britain Dalton’s net worth has not been revealed yet in the wiki. It is estimated he might have a net worth of $500,000 with earnings from his movies and TV shows. He is a part of the blockbuster movie sequel Avatar: The way of water which has collected $1.708 billion against a budget of $350-460 million. Britain is also active on social media and has 128k followers on Instagram and 3k followers on Twitter.

How Tall Is Britain Dalton?

Britain Dalton has a height of 5 feet and 8 inches and weighs around 71kg at the age of 21. He is a good-looking actor with light brown hair and blue colored eyes.