Actors and actresses are people with the power to adapt and perform according to the need of the character, and situation. They are Dynamic, Versatile, Empathic and a great performer. Today we are discussing James Wolk who has played characters from a charismatic copywriter to an investigator of mysterious attackers.

James Wolk is an American actor recognized for his role in the series The Crazy, an American sitcom tv show directed and created by David E. Kelley. Along with Robin Williams and Sarah Michelle Gellar. He plays the character of a copywriter who has an off/on relationship with Lauren played by Amanda Setton.

Who Are James Wolk’s Parents?

On March 22, 1985, James Wolk was born to Robert Wolk and Edie Wolk in Farmington Hills, Michigan. James’ Zodiac sign is Aries. His mother, Edie worked as an art teacher, and his father, Robert owned a shoe store called Sundance Shoes West Bloomfield & Birmingham MI. James and his parents were a believer in Judaism, and James himself is Reformed Jewish. James worked in his father’s shop to support him when he was a teenager. James has a sibling, an older sister named Katie Ray Wolk. 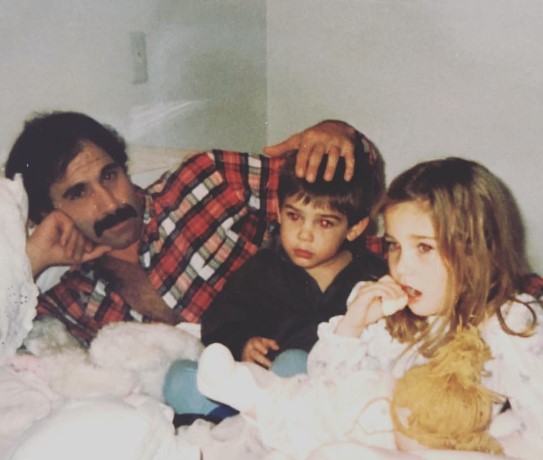 James went to North Farmington High school in 2003 and after completing high school, James enrolled at the University of Michigan School, of Music, Theatre, and Dance to pursue his acting career. During his teenage, James worked as an Emcee at Bar and Bat Mitzvahs.

What Are The Career Peaks Of James Wolk?

At the age of 23, James debuted his professional acting career by appearing in the television role in the drama movie called Front of the class as Brad Cohen, an American motivational speaker, teacher, and school administrator who has severe Tourette Syndrome. The following year, James got the lead character in the Drama series called Lone Star on the Fox Network.

He then was offered many roles and shows because of his spotless performances. In 2013, James appeared on the period drama tv series called Mad Men as Bob Benson which brought him into the limelight. James received a Satellite Award nomination for his role in the series. A year later, James joined the CBS sitcom called The Crazy Ones.

He later played the main character in the drama thriller tv series Zoo which was based on the Novel written by James Patterson and Michael Ledwidge in 2014. The same year James starred in the same genre of the movie as Mike Penny called The Stanford Prison Experiment directed by Kyle Patrick Alvarez. James then appeared in the independent comedy movie called This is Happening as Philip where the story plot is about a sister and brother who are in search of their grandmother.

In 2016, James played the role of Brad in the American thriller movie called Mercy directed by Chris Sparling. The following year, he made a guest appearance in the drama tv show Billions and the amazon, drama show Goliath as an FBI agent. James also starred in the superhero drama limited series called Watchmen in 2018 as Senator Joe Kenner Jr. The show was based on the DC comics, which again debuted in 2019. 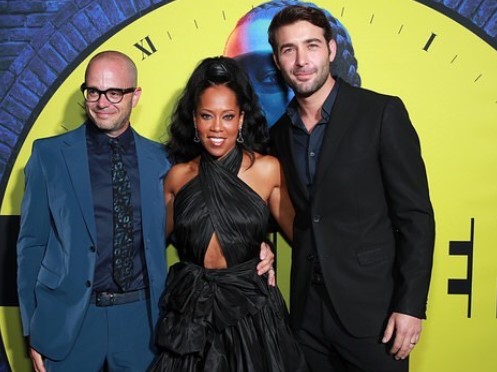 In 2021, James was cast as a lead character on the show Ordinary Joe as Joe Kimbreau, which is created by Russel Friend and Garrett Lerner, this show is still running in 2022. As of his recent projects, James has confirmed he will be playing in the 1936 Olympic adaptation movie The Boys in the Boat along with Courtney Henggeler who will play the role of Hazel, the movie will be directed by George Clooney.

Who Is James Wolk Married To?

James Wolk married Elizabeth Jae Lynch in 2015, the ceremony took place at Crossroads Estate, Firestone Winery in Los Olivos, California. James’ wife supposedly was a school teacher, and they first met while volunteering at Camp Twitch and Shout, which is a camp in Georgia for young children who have Tourette Syndrome, especially from age 7 to 17. In the meantime, James had auditioned for the movie Front of the class which was a movie about a guy with Tourette syndrome. 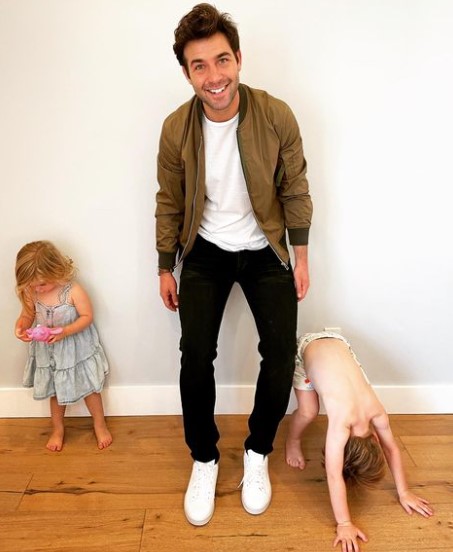 What Is James Wolk’s Net Worth?

As of 2022, James Wolk has a net worth of $2 million with income sources such as acting in movies and tv shows. James is on the Board of Directors of the Foundation called Brad Cohen. James is represented and managed by Viewpoint, Inc. (Public Relations Agency), Beverly Hills, California. James has 82.8k followers on Instagram where he shares his opinions and interacts with his fans.

How Tall Is James Wolk?

According to the wiki, James Wolk has a towering height of 6 ft 1.5 inches with a slim body type and weighs 81 kg. for his role and character, James needs to maintain his physic, he runs 5 days a week and swims whenever he can to keep himself fit. James has a handsome face with hazel eyes and dark brown natural hair.

Watchmen The Boys in the Boat American Actor Ordinary Joe