It’s said that there are seven people with the same face around the world, which may be true or false. But in the case of the Entertainment Industry, we have seen many actors who have similar looking alike actors, for example, Margot Robbie and Emma Mackey. Actors have been misunderstood many times due to the same face structure, today we are discussing Sam Trammell who has been misunderstood as Brad Pitt many times.

Sam Trammel is an American actor best known for his role as Sam Merlotte on the American fantasy horror drama Tv show True Blood, Directed, and produced by Alan Ball. It’s based on a series of Novels ‘The Southern Vampire Masteries’.

Where Was Sam Trammell Born?

On January 29, 1996, Sam Trammell was born to Bobby Trammell And Carla Sam Trammell in New Orleans, Louisiana, and was raised in Charleston, West Virginia. Sam’s zodiac sign is Aquarius. Sam has two siblings, a sister Elizabeth Trammell, and a brother Paul Trammell. 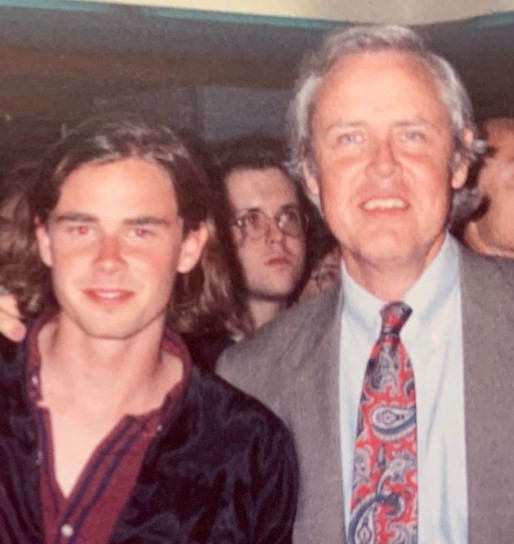 He went to Brown University and the Sorbonne to get a bachelor of Arts in Semiotics. Sam currently resides in a Los Angeles house with his family and is a supporter of clean oceans and beaches.

What Are The Career Peaks Of Sam Trammell?

Sam entered acting through working in theatre, Broadways, and Off-Broadway. Sam was nominated for a Tony Award for his marvelous performance as Richard Miller in Ah, Wilderness! At Lincoln Center. Sam became famous when he played the role of Sam Merlotte on the American Fantasy horror tv series based on a vampire novel on HBO, which ran from September 7, 2008, and ended on August 24, 2014. 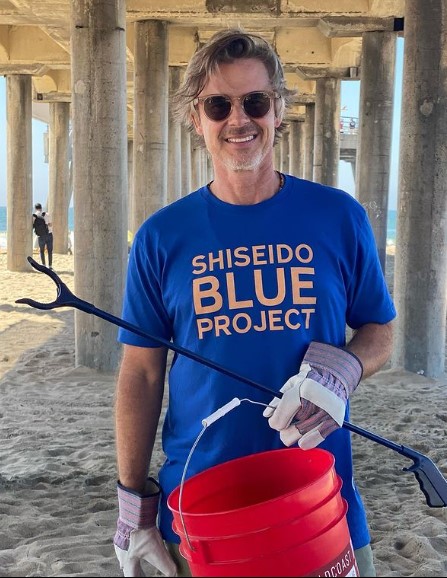 For his work in the series True Blood, Sam was nominated for the 2009 Scream Award and Screen Actors Guild Award. The same year he appeared in the adaptation movie of John Green ‘The Fault in Our Stars’ along with Nat Wolff, Laura Dern, Shailene Woodley, and Willem Dafoe. In 2019, Sam co-starred in the movie Nancy Drew and the Hidden Staircase and then went to appear in Breakthrough. Sam then landed on Netflix’s original drama series The Order in the same year. As of 2022, Sam is starring in the thriller tv show Homeland as VP Benjamin Hayes.

Who Is Sam Trammell Married Too?

Sam Trammel has not married any of his girlfriends, so he does not have a wife. However, Sam is currently dating the actress of ‘100 girls’ Emmanuelle Chriqui. The couple has been together for more than a year now and is happy. Recently Emmanuelle shared a photo of her and her partner, Sam, on her Instagram wishing him his birthday and she pronounced how deeply in love both are. 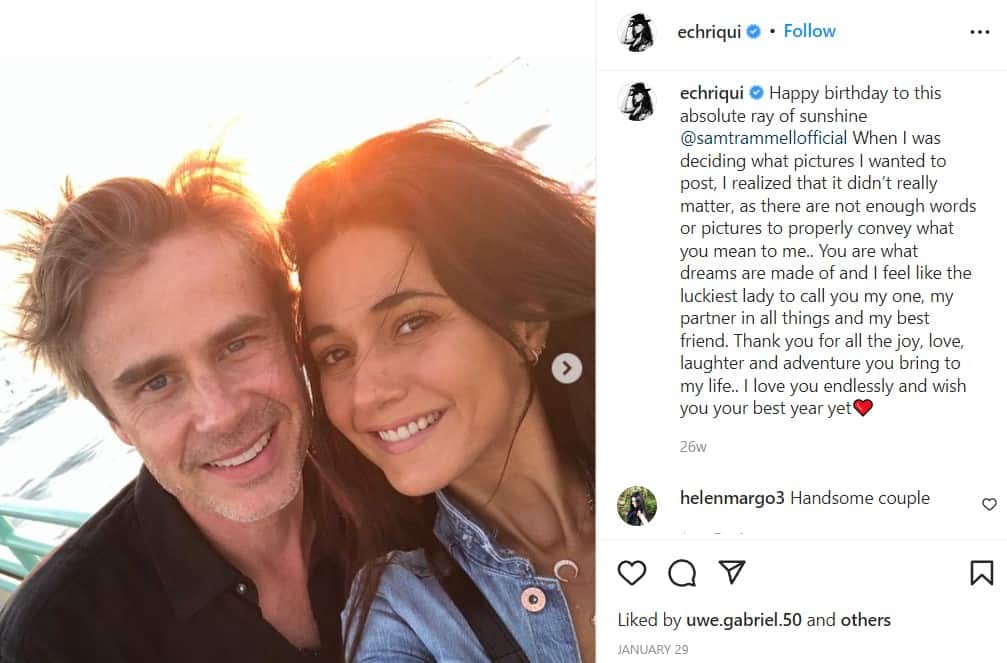 Prior to dating Emmanuelle, Sam dated Missy Yager in 2003. The couple lasted together for more than 8 years and have two children: twins son together. They met while both were performing in Theatre in New York City. Sam and Missy Yager parted their ways after nearly 8 years.

What Is Sam Trammell’s Net Worth?

As of 2022, Sam Trammell has a net worth of $4 million with income sources that include, acting in movies and tv shows. Sam has a strong fan following on social media with 46.1k followers on Instagram and 155.2k followers on Twitter. His Series True Blood was released on DVDs and sold over a 1.6million units and gained over 57 million for the first season, and became the top 50 selling in 2009. Sam also has a wiki page dedicated to him the Wikipedia directory.

How Tall Is Sam Trammell?

At the age of 53, Sam does roles that require physical strength, has a height of 5 feet and 10 inches, and weighs 75 kg. Sam needs to maintain his physic for his roles and characters. Sam has blue eyes and grey hair.