Riley Keough is an American actress who is known for her performances in movies “The Devil All the Time”, “Zola” and “Daisy Jones & The Six”.

Riley also won the Gracie Awards for her performance in the American anthology drama television series “The Girlfriend Experience.

Scroll through this wiki-style article as it unfolds details on the life of actress Riley Keough. Find Out: Is Haley Bennett Married? Her Partner & Children

Back in 2016 when Riley and Ben were in Nepal helping to build the town and school together after the massive earthquake. At that time people in the town where they were staying heard that they were engaged, so they wanted to throw them a Hindu wedding. Then the couple committed to spending 7 lifetimes together at a traditional Nepali Hindu wedding ceremony.

Born on 29 May 1989 in Santa Monica, California, the United States to father Danny Keough and mother Lisa Marie Presley Riley Keough holds American nationality. Her dad Danny is a musician while her mom Lisa is a singer-songwriter. She is the eldest daughter of her parents and her birth name is Danielle Riley Keough. 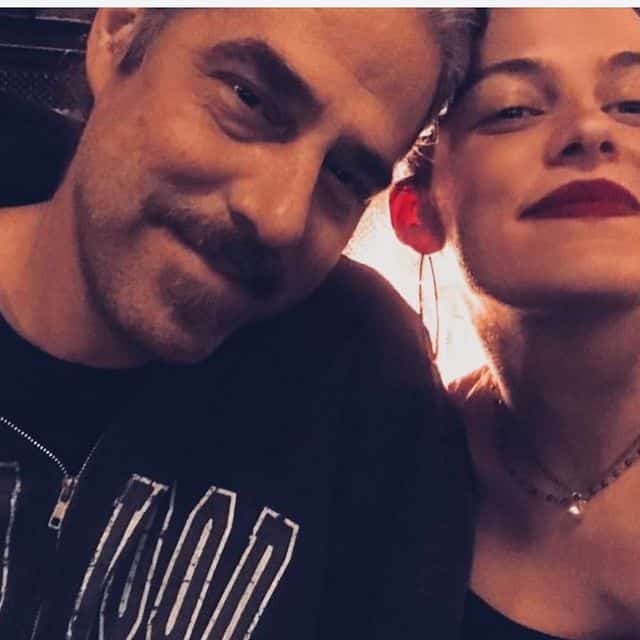 Her grandfather Elvis Presley was an American singer and actor who is regarded as one of the most significant cultural icons of the 20th century while her grandmom Priscilla Presley is an American businesswoman and actress.

Her parents got divorced when Riley was just 6 years old and she had a biological brother named Benjamin Storm Keough who died by suicide at the age of 27 on 12 July 2020.

Her mom briefly married Michael Jackson from 1994 to 1996 and then tied the knot with American actor and filmmaker Nicolas Cage in 2002 and divorced in 2004. Then Lisa got married to American guitarist and producer Michael Dean Lockwood in 2006 and gave birth to twin girls namely Harper Vivienne Ann Lockwood and Finley Aaron Love Lockwood. Harper and Finley are half-sisters of Riley.

Growing up Riley experienced both privilege and normal life. Initially, she went to a public school in the San Fernando Valley but she was later homeschooled as she was frequently traveling between her parent’s homes.

How Tall Is Riley Keough?

According to the wiki, actress Riley Keough stands at the height of about 5 feet and 7 inches which is around 1.70m.

Coming from a family full of talents, Riley also followed in the footsteps of her parents. She began her modeling career just at the age of 15 and made her first feature film debut at the age of 20.

As an American actress, Riley Keough is estimated to have accumulated a net worth of about $5 million.

American actress actress Singer Zola The Devil All The Time