Is Ally Maki Married? Her Partner, Family & Net Worth

Ally Maki is an American actress who is best known as the voice of Giggle McDimples in the animated comedy film Toy Story 4.

The fourth-generation Japanese-American Ally Maki is not only flourishing in her acting career and is also sharing a wonderful relationship with her partner to infinity and beyond.

Here let’s have an insight into Ally’s love life, family, married life and also know about her earnings and net worth.

Ally Maki is not married but is engaged to her longtime boyfriend Travis Atreo after dating for around six and half years.

Ally and Travis’s love story first began in Los Angeles despite they both were from neighboring Seattle towns. 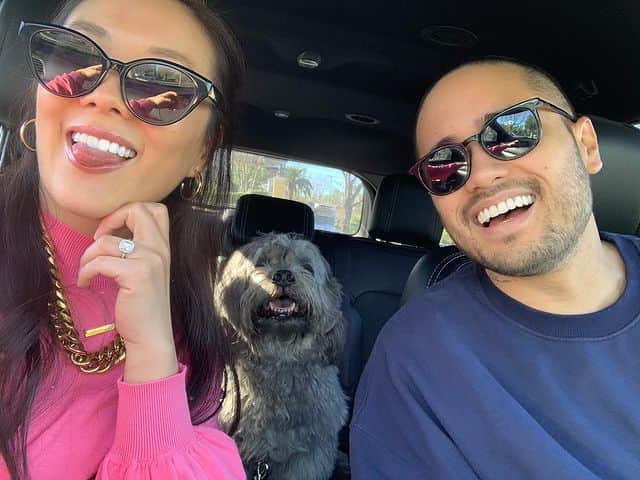 Ally’s engagement was a big surprise which took place directly following the Toy Story premiere in Los Angeles in June 2019. After the big red carpet night, Ally and her partner Travis were heading back to the Roosevelt Hotel and as she entered the room, the floor was entirely covered with rose petals. As she went in further she saw gold balloons all around. Soon then Travis started crying and got down on one knee.

Ally describes the intimate moment as the incredible surprise ending and also regards it as the best day of her life.

However, Ally Maki hasn’t revealed any plans regarding her wedding but the duo may be an amazing husband and wife in the future after they tie the knot.

What Is Ally Maki’s Net Worth?

Ally Maki was spotted by a talent agent in Seattle at the age of 14. After being scouted Ally moved to Santa Clarita, California in a communal home for artists. Ally was then recruited by Columbia Records to play Keytarin the girl band named “The Valli Girls”.

Talking about her acting career, Ally was first seen on the TV screen as Sasha in the episode “Samba Story” of the American series “My Wife and Kids” in 2002.

In 2003, she performed in movies like 80’s Ending and Rogues and was also seen in series like “ER”, “That’s So Raven”, and “Buffy The Vampire Slayer”. Moreover, Ally landed in her first lead role in the series Wrecked as Jess in 2016.

Until 2020, actress Ally Maki has starred in more than 34 movies and series. Inclining the height of success as an actress and voice actress Ally may muster a generous sum of net worth while her earnings aren’t revealed in exact figures as of now.

Furthermore, as of 2021, she can be seen in the movie “Home Sweet Home Alone” and “5 Years Apart”. She has also provided the voice to the character Viney of the American animated fantasy television series named “The Owl House”.

Actress Ally Maki was born on 29 December 1986 in Kirkland, Washington with the birth name Ally Matsumura. Ally celebrates her birthday on 29 December and her zodiac sign is Capricorn. She holds Japanese-American nationality and comprises of Asian ethnicity.

Ally Maki grew up alongside her 2 elder brothers in Washington but at the age of 14, her family moved to Los Angeles. Among the 2 brothers, one’s name is Adam Matsu. Very little is known about her educational background but it is said that she attended acting classes at Ivana Chubbuck Studios. Prior to that, she was enrolled into acting by her mother at the age of 8 and was later spotted by a talent agency based in L.A at the age of 14.

How Tall Is Ally Maki?

According to the wiki, actress Ally Maki stands at a decent height of about 5 feet and 1 inch which is around 1.55m.