When fans go crazy about a villain, it is a very special moment for every actor. It’s not easy to get the attention of the audience as a villain on the screen because of the heroes. But Tenoch Huerta has created that moment for his acting career. He is a Mexican actor. He plays Namor/ K’uk’ulkan in the Marvel Cinematic Movie Black Panther: Wakanda Forever, and his character is a mutant leader of a kingdom based on Mayan and Aztec influences that live beneath the ocean. He also is recognized for his appearance in the American Mexican drama show called Narcos: Mexico as Rafael Caro Quintero.

As a kid, Tenoch Huerta has been interested in acting and was sent to Maria Elena Saldana to take acting classes. He spent the majority of his in Mexico among his people and was always amazed by his culture. Tenoch belongs to indigenous descent having a Nahua Maternal great-grandmother and a Purepecha paternal great-great-grandmother. His career success has raised awareness in people about his indigenous heritage, he actively tries to encourage people to learn more about his culture and heritage.

Read Further: Does Brie Larson Have A Child? Her Children And Partner Details!

Tenoch Huerta is a private person; he does not like to share too much about his personal life except for his work. On his social media handles, there is no female that he can be linked to as a husband. However, we know that he has two children, both are daughters and That indicates there is someone special in his life. In an interview with People Magazine during the Black Panther: Wakanda Forever screening in New York, Tenoch revealed that he has two daughters.

"I have two girls. One is two and a half [and] the other is nine. It's a great experience and I feel really blessed with this new representation and the new role that women are taking in movies, in politics, in the academy, science everywhere"

His eldest daughter is 9 years old whereas his youngest baby girl is 2 and a half years old.

He has gained a lot of media coverage after the release of his new movie Black Panther: Wakanda Forever, a tribute to Chadwick Boseman. His female fans are appreciating his acting and are very much impressed by his work. After the movie's release, he gained over 11 million views on the trailer within 24 hours. 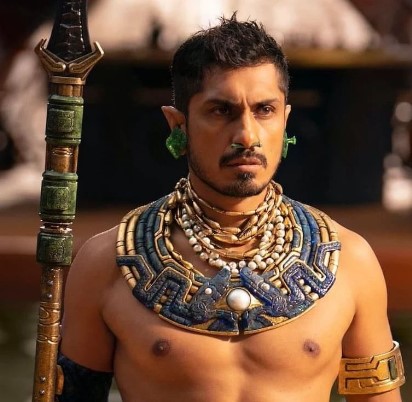 Who Is Tenoch Huerta’s Wife?

There is no information about Tenoch Huerta’s personal life. He has successfully hidden his wife’s identity and any detail about his wedding. He is not yet ready to talk about the mother of his children. Sometimes he shares a glimpse of his life as a father. In an Instagram post, he shared a picture of himself and his kids. Tenoch is a proud father and very protective of his children. He also has a younger sister named Yalitza, who is a Mexican model. Tenoch always tries to educate people about his Latin-Spanish heritage, so it is obvious his kids often speak in Spanish at home as he is a fluent Spanish speaker. 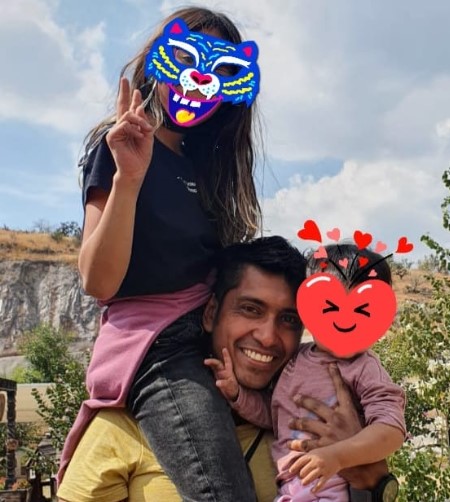