Melora Hardin is an American actress, singer and director who has been active in Hollywood for more than 4 decades.

Melora who has embarked successfully as a media personality and actress also found the love of her life while working.

Married for more than 2 decades Melora and her husband are parents to 2 beautiful daughters.

Here Let’s learn more about Melora who is also a participant in Dancing With The Stars (DWTS) season 30.

Melora Hardin is happily married to English actor, writer and audiobook narrator Gildart Jackson. According to the interview of Melora with People magazine back in 2008, Melora first met her husband Gildart at a wrap party for a movie. Being each other biggest fans and supporters, Melora and her husband Gildart have known each other for almost 36 years and are married for almost 23 years. Their daughter Rory celebrates her birthday on September 29 and is currently studying at NYU Tisch School of the Arts according to her Instagram bio. 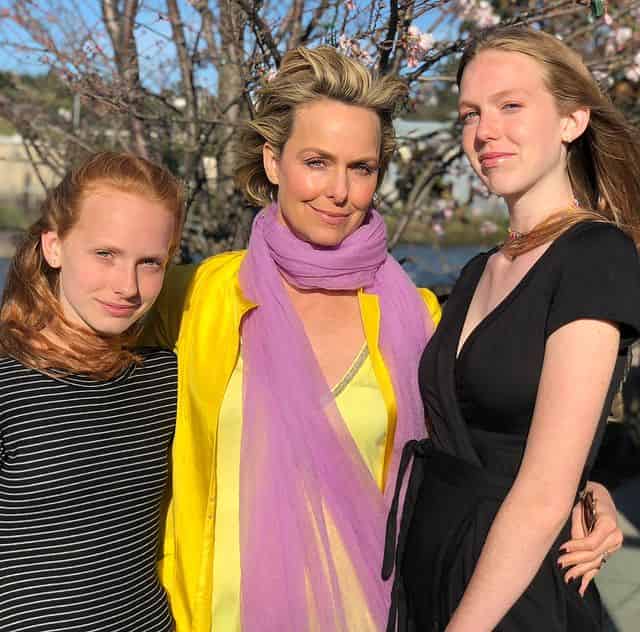 Melora and her husband Gildart have also worked together on various projects which includes their on-screen appearance as a married couple in “The Bold Type” and also the 2009 project “You” where we even can see their daughters too.

Moreover, as their new project of 2021, the pair have also collaborated on the audiobook series for Dreamscape media which is geared toward children. Melora’s husband Gilbert on the other hand has actually narrated over 400 audiobooks and is a seasoned audiobook narrator.

Sharing an incredible bond as life partners Melora was always backed by her husband Gildart.

Melora Hardin began her acting career at the age of 10 in 1977 in the American children show of NBC named “Thunder”.

After then Melora appeared in numerous movies and television programs which includes “17 Again”, “You”, “Self/less”, “Anything”, “Golden Vanity”, “Cruel Hearts”, “The Love Boat”, “The Family Tree”, “The Best Times”, “Dirty Dancing”, “Tower Of Terror”, “Cover Me”, “The Office”, “CSI: franchise”, “Outlaw”, “Wedding Band”, “The Blacklist”, and “A Million Little Things”.

Melora also played the role of Celia, Ross’s dirty-talking love interest in season 1 of the hit series “Friends” episode "The One with the Stoned Guy". Moreover, Melora’s recurring role as Janet Levinson (Jan) in the television series “The Office” was also liked by many.

As of 2021, she can be seen in the American drama film “Caged” as Officer Sacks, she also had the main role in the American comedy-drama series “The Bold Type” as Jacqueline Carlyle.

Furthermore, Melora is currently participating in ABC’s Dancing With The Stars season 30 (DWTS) where she is partnered with the Russian-American professional dancer and DWTS Pro Artem Chigvintsev.

Being a prominent actress, director, singer, artist, songwriter, and dancer Melora Hardin muster a net worth of about $4 million.

Melora Hardin was born as Melora Diane Hardin on 29th June 1967 in Houston, Texas, the US to father Jerry Hardin and mother Diane Hardin. Her dad is an American actor while her mom is an acting manager coach and a retired actress. She has a brother named Shawn Hardin in terms of siblings who is also a former Flock CEO.

Melora holds an American actress and her zodiac sign is Cancer as she celebrates her birthday on 29th June. Furthermore, Melore is 5ft 5in tall in terms of height which is around 165cm.