Who Are Rachel McAdams Parents? Does She Have Siblings? Her Family Insights!

Home > Entertainment > Who Are Rachel McAdams Parents? Does She Have Siblings? Her Family Insights!

Canadian actress Rachel McAdams is best recognized for her work in the Canadian film business. She participated in films and TV shows such as Perfect Pie, Slings and Arrows, The Hot Chick, True Detective, Red Eye, Wedding Crashers, Family Stone, etc. In 2004, she gained notoriety for her roles in the romantic film The Notebook and the comedy Mean Girls. She has also had success carving out a reputation in the Hollywood film industry.

Her work is admired by many individuals. More and more people have expressed curiosity in learning more about her biography as her reputation and recognition have grown. Fans of this stunning actress are curious about her parents and whether or if she has siblings. Consequently, we will talk about the same in this article.

Who Are Rachel McAdams's Parents?

Rachel McAdams was welcomed to the world by her parents Sandra and Lance McAdams. Lance, her father, once drove trucks for a living. Despite working long hours, he always found time for the kids. He now works as a furniture mover in Toronto and leads a peaceful life.

Sandra, her mother, had been a nurse for 38 years. Her parents have always been very encouraging to her. In childhood, she wasn't good at studying. She had a passion for figure skating. And her parents never put pressure on her to excel academically. She claimed in a Scotsman interview that although her parents were probably worried when she informed them she wanted to go to an acting college, but they hid their worries and became totally supportive. Whatever Rachel was passionate about, from ballet to acting classes, they have always encouraged her. 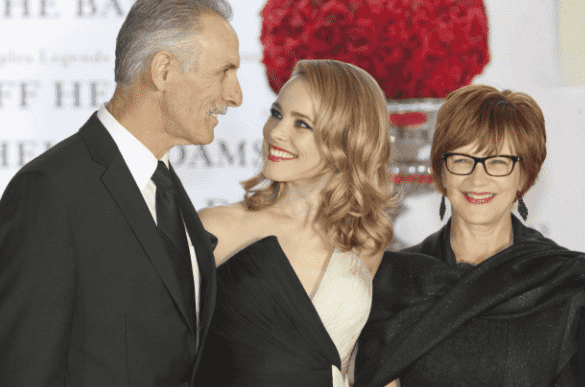 Similarly, she came from a modest, financially weak household, yet her parents never let her or her brother and sister feel like anything was inadequate. She also learned independence from them. Her parents Sandra and Lance have been married for more than 30 years and are still deeply in love, showing their children what true love looks like. She claimed to be influenced by her parents' relationship in an interview with the Independent published in 2011. She considers it a blessing that her parents have such a solid connection and believes that their connection is why she is such a romantic person.

Does Rachel McAdams Have Siblings?

Rachel McAdams has two siblings one brother and one sister. Her younger sister's name is Kayleen. Kaylee is a makeup artist who also works in the film industry. As a makeup artist, she makes sure movie stars appear handsome and beautiful while being filmed. Regarding her private life, she is the happy wife of Evan Turner. Her brother's name is Daniel. Daniel has opened his own business named McAdams Fitness in Toronto. He works as a lifestyle consultant and a fitness instructor. He lives an exciting life. He has been engaged since 2013 as well. 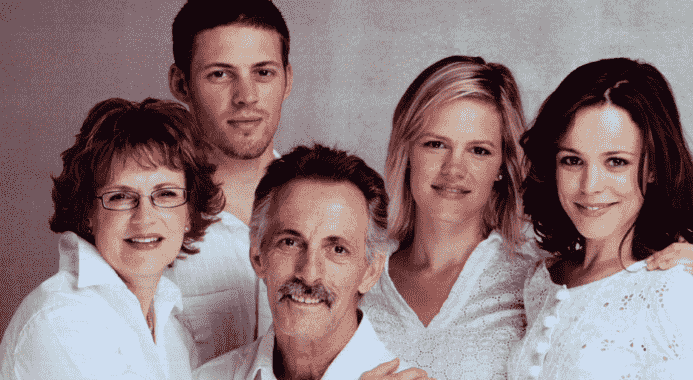