Acting is not as easy as the audience sees on their screen, a lot of work goes behind the scene to make a minute of acting look real on screen. It all depends on the skill of the actors, director, and all the cast and crew who give their day and night to turn screenwriting into a movie that connects with people and their emotions.

Aidan Turner is a versatile, experienced, prominent, and charming Irish actor well-recognized for playing Kili in the epic high fantasy adventure movie series called The Hobbit. He has a great mind and is a hardworking actor, who was also declared the Sexiest Man in the world by Glamour Magazine UK in 2016.

Who Are Aidan Turner’s Parents?

On June 19, 1983, Aidan Turner was born as a Gemini to Pat Turner and Eileen Turner in Clondalkin, Dublin, Ireland. At a young age, he moved to Walkinstown with his family. Talking about his siblings, Aidan has a brother named Colin Turner.

Aidan was sent to St Mac Dara’s Community College in Templeogue for his primary education. And later he enrolled at Firhouse Community College to study drama. In 2004, Aidan also went to the Gaiety School of Acting in Dublin.

What Are The Career Peaks of Aidan Turner?

Aidan Turner started acting as a theatre artist in plays. A Cry from Heaven, Romeo and Juliet, and The Plough and the Stars are just a few of the plays in which Aidan Turner first appeared on stage. Then in 2009, He rose to fame after playing John Mitchell on the supernatural drama TV show called Being Human which ran till 2011. He then joined the cast of The Hobbit Trilogy in 2012 as the dwarf Kili, and for the second Hobbit series film, he earned the 2014 Empire Award for Best Male Newcomer. 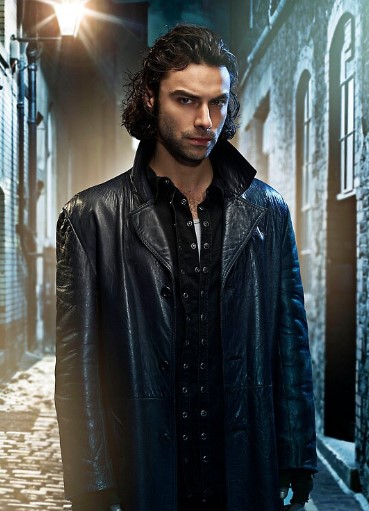 In 2015, he starred in the British historical drama show called Poldark which ran until 2019. Now in 2022, Aidan will be sharing the stage with talented actor Jenna Coleman. The play is about a world where people are limited to 140 words use each day.

To Whom Is Aidan Turner Married?

Aidan Turner married Caitlin Fitzgerald in August 2020 in a secret Italian wedding ceremony surrounded by their family and close friends. The news of their marriage was however revealed a year later in March 2021. His wife is also an actor and they met when working together on the movie set of The Man Who Killed Hitler & The Bigfoot. Recently in February 2022, Aden and his wife Caitlin were seen with a baby stroller in London so there are rumors of them having their first baby. But there is no confirmation by them of having any kids. 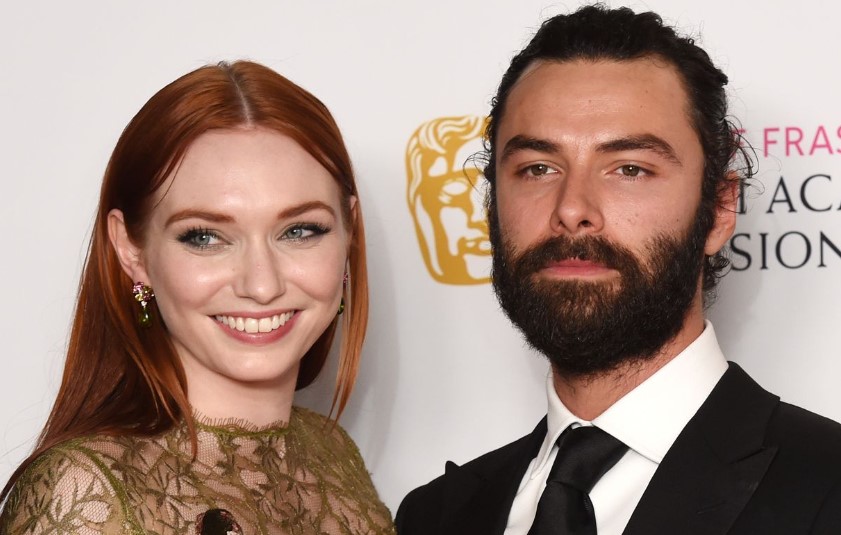 Before, Aidan met his wife he dated Eleanor Tomlinson, a co-actor in 2017. Although turns out it was all rumor as nothing was confirmed. In 2011, Aidan dated an Irish actor Sarah Greene and was in a relationship for about 4 years. There were rumors of them being engaged but in 2015 they decided to break up. In 2004, He was in a relationship with India Whisker, whom he met when he was in the gaiety School Acting. His name was also linked with other actors including Charlene McKenna and Lenora Crichlow.

How Much Is Aidan Turner’s Net Worth?

As of the wiki 2022, Aidan Turner has an estimated net worth of $3.5 million with his primary source of income is acting in movies and TV shows. He has endorsed brands such as LG TV and appeared in a TV commercial for the juice product, Fruice, and the Irish food brand Bord Bia. He is also active on social media but only uses Twitter where he has 71.3k followers without a single tweet. He is among the few celebrities who do not follow anyone else on their social media account.

How Tall Is Aidan Turner?

Aidan Turner has an Athletic build with a height of 5 feet 11 inches and weighs 78kg. He is a striking man with black curly hair and dark brown eyes. Aidan goes to the gym frequently in order to keep his body in shape. He follows a disciplined diet plan to eat less meat and more fresh vegetables.