Cormac Hyde-Corrin is a young British actor and film director. Corrin is best known for his role in the coming-of-age romance TV series 'Heartstopper' developed for Netflix. This drama is based on the webcomic and graphic novel ‘Heartstopper’ by Alice Oseman and is to be premiered on the 22nd of April.

Corrin being a rising star in the entertainment industry very little information is disclosed to the public to date. However, his fans have been intrigued by his secrecy so here are some basic facts about Cormac's personal life, networth, etc.

What is Cormac Hyde-Corrin Age?

Actor Corrin was born in 2004, in Hackney, London, The United Kingdom making him 18 years old as of 2022. Cormac’s ethnicity is Caucasian whereas his nationality is British. His birth month and birthdate are still unknown making his zodiac sign a mystery.

Moving on to Corrin’s family neither his parents nor his sibling has been revealed to the public yet. The actor has kept his work life and private life on two separate pages most suitable for the entertainment business. More information will be added when discovered in the future.

Where Did Cormac Hyde-Corrin Recieve His Education?

Regarding his academic qualifications, Cormac is currently attending the Brit School in Selhurst, Croydon. He is working on an extended diploma B tech in Film and Media Production. Cormac also took detailed training in courses like BFI Young Director Course: an academy for workshops and training concerning acting, and Orange Tree Theatre Group; a multi-award-winning theatre.

Where Did It All Start For Cormac?

Not much information is known about Corrin’s childhood and experience in the film industry. According to wiki his role in ‘Heartstopper’ might be the biggest gig until now.‘Heartstopper’ is a queer LGBTQIA+ circulated series on Netflix which will air this spring 2022. 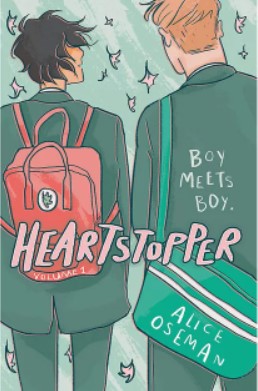 It is based on a graphic web novel by Alice Oseman regarding two secondary school boys Charlie and Nick. This show encircles around a group of friends and their journey of self-discovery and acceptance perfect for the new generation. Cormac plays Harry Greene a classmate of Nick and Charlie played by Joe Locke and Kit Connor respectively.

Is Cormac Hyde-Corrin Currently Dating Anyone?

The aspiring film director Cormac doesn’t seem to have a girlfriend/boyfriend for now. His sexuality is still a question to the public too. However, Cormac is a supporter of the LGBTQ+ community. As a star of one of the most anticipated series on Netflix, Cormac's love life has been a matter of interest for his fans all around the globe.

The 18-year old actor seems to avoid controversies considering his career, image, and line of work in the film industry. So, to date, no rumors or controversies can be seen for Cormac.

Where Is Cormac Hyde-Corrin Most Active?

Cormac Hyde-Corrin seems to be most active on his Instagram. Corrin has around 9K followers and enjoys posting about the ‘Heartstopper’ cast. Looking onto his feed it is mostly filled with his co-actors who have starred in the TV series ‘Heartstopper’. This show being LGBTQIA+ friendly the fanbase is filled with people of the LGBT community whereas, his tagged page consists of his admirers who look forward to the upcoming series and enjoy the web novel. 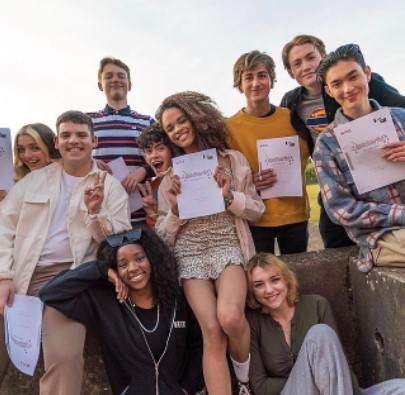 What Is Cormac Hyde-Corrin Net Worth?

Corrin’s net worth is unknown as he prefers to keep it secretive. However, according to the internet, his net worth revolves around $100k and $500k which dramatically increased between 2021 and 2022. This young 18-year-old male earns the majority of his income through his acting career. He gladly welcomes any minor role with open arms so as to gain more experience in the industry.

Recent research has calculated Cormac’s assets, earnings, salary, and source of income and it is safe to say that this young Brit actress has a pretty good financial situation for his age which is between $100k and $500k as mentioned above. The series ‘Heartstopper’ has a lot of fans looking forward to it as it consists of 8 episodes each 30 mins long which must play a crucial part in increasing Corrin’s fortune.

How Tall Is Cormac Hyde-Corrin?

This 18-year-old male actor stands tall at a height of 5’10”(1.7m) whereas his weight is still not passed on to the public yet. His hair is naturally dark blond in origin while his eyes are blue in color. Corrin’s acting skills make him worthy of working in the film industry while his physical appearance just adds more to his charms.