Kate Snow is a well-known name in the field of journalism who has been working in this industry since 2003. As of now, she has established herself as a successful American television journalist and a news anchor. She has been working with NBC News where she has been serving as a Senior National Correspondent on the various platforms of NBC.

Prior to NBC, she has also worked with different television programs that include Good Morning America, MSNBC, and many more. Furthermore, she is a courageous woman who has survived cancer and has been performing her duties perfectly as a daughter, a wife, and a mother. Thus, here is an insight into the personal and professional life of inspiring Kate Snow.

How Old Is Kate Snow?

Kate Snow is 53 years old in terms of her age as she was born in 1969. She was born in Bangor, Maine, United States. So, she is American by birth. Talking about her childhood, she was raised in Burnt Hills. She moved to Burnt Hills with her parents when she was six months old. Furthermore, she holds the Gemini zodiac sign as she celebrates her birth on 10th June every year. 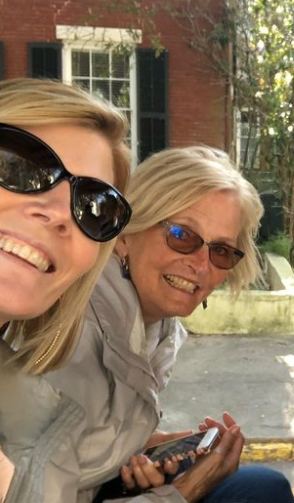 What Is The Educational Background Of Kate Snow?

Speaking of her educational qualification, Kate Snow is a master's degree holder. She completed her high school studies at Burnt Hills-Ballston Lake High School in the year 1987. So, after the completion of her high school, she joined Cornell University to complete her bachelor's level education in Ithaca, New York. Following it, she later attended Georgetown University where she completed her master's level study majoring in foreign service.

What Is The Profession Of Kate Snow?

Kate Snow is a journalist as per her profession. She is currently working for NBC News as a Senior National Correspondent on various platforms including Today, NBC Nightly News, and Dateline NBC. Prior to it, she used to work for NPR, NBC radio, Good Morning America, MSNBC, etc. Moreover, she is also a board member of Big Brothers/Big Sisters of America and a member of the Department of Communication's Advisory Council at Cornell University.

Who Is Kate Snow Married To?

Kate Snow is blissfully married to her partner, Chris Bro for over two decades. Kate's husband, Chris Bro is a radio presenter as per his profession. He is the host of NEXT: A New Music Show which is a weekly hour radio program and he loves music. Moreover, this lovely duo tied their wedding knot in 1999. Yet, they haven't revealed detailed information about their wedding. 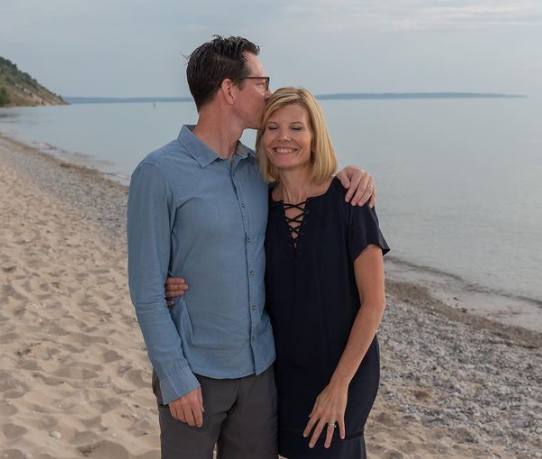 Furthermore, this pair shares two beautiful kids together, a daughter and a son. Their 17 years old daughter's name is Abigail Keller Bro and their 19 years old son's name is Zack Bro respectively. Moreover, Kate has also revealed that she had two miscarriages in the year 2010 and in 2012. In 2012, before the miscarriage, they knew the gender of their child which was a boy, and had decided to name him Max.

What Illness Did Kate Snow Have?

In May 2006, Kate was diagnosed with a brain tumor when she went for a check-up after a frequent severe headache for almost three months regularly. In the same year, her father was diagnosed with lung cancer and after a week and a half of the diagnosis, he died on July 18. In the meantime, she was in the hospital for three weeks for an operation on the left side of her head and left her children at home.

After the treatment of a brain tumor, in August 2011 she was again suffered from breast cancer and had to undergo surgery. Even it's been over a decade, she still does her MRI twice a year. As of 2022, she is fully recovered. Now, she has been devoted to making her life healthy. She has been jogging every morning with her dog, Brownie, and following a healthy diet.

How Much Is The Salary Of Kate Snow?

Kate Snow has been earning a generous amount of income through her years of dedication and hard work in the field of journalism. Though she went through health complications, she doesn't let it hinder her career. According to the wiki, Kate Snow's net worth is accumulated to be around $3 million dollars. Thus, she has been able to live a lavish life with her family. However, her accurate amount of salary is not revealed in the figures yet.

How Tall Is Kate Snow Of NBC News?

53 years old, Kate Snow has maintained her body flawlessly and has a great taste of fashion. Moreover, she has blonde hair along with beautiful brown-colored eyes that add more glamour to her personality. And as per her height, she stands with an average height of 5 feet 3 inches. However, her weight and other body measurements information are not available at the moment.