Katharine had failed marriage at first but now she has found the love of her life and is blessed with a son with her new husband.

Katharine McPhee tied the knot with the music producer David Foster in London on 28 June 2019.

Katharine and her partner David first met when she was a contestant of American Idol season 5 in the year 2006. Katharine had performed Whitney Houston's "I Have Nothing," which was written by David. David and Andrea Bocelli stopped by to help Katharine to practice the song for the Top 6 show. They were first romantically linked in May 2017 after they were spotted getting cozy and enjoying a PDA-filled dinner at Nobu in Malibu.

The duo finally confirmed their relationship after they were spotted walking hand-in-hand at the Met Gala in 2018.

In July 2018, David proposed to Katharine during their vacation and the duo got engaged. Despite their 34-year age difference David and Katharine seem to be super in love.

Katharine and her husband David conducted their wedding at the Church of Saint Yeghiche in South Kensington, London which was attended by around 150 guests including close friends and family. Together Katharine and her husband are blessed with a baby boy named Rennie David Foster who was born in February 2021.

Rennie is Katharine’s first child but he is David’s sixth child. Prior to Rennie, David is the father of 5 daughters Dara, Erin, Jordan, Allison, and Amy from his previous relationships.

Singer and Broadway star Katharine McPhee was previously married to producer Nick Cokas. They exchanged their wedding vows at Beverly Hills Presbyterian Church in February 2008 and later conducted their wedding reception at Vibiana’s in Los Angeles.

However, Katharine McPhee filed for divorce on 22 May 2014 whereas their divorce was finalized on 8 February 2016.

You May Also Like: Jamie Foxx Married, Wife, Children, Net Worth

In October 2013 Katharine was also linked with director Micheal Morris and later she was speculated to be dating Scorpion co-tar Elyes Gabel for nearly two years until their split in 2016.

Born on 25 March 1984 in Los Angeles, California to father Daniel McPhee and mother Peisha McPhee Kathrine’s birth name is Katharine Hope McPhee Foster. Her dad was a television producer while her mom has been 1 of the vocal coaches on American Idol since 2011. Talking about her siblings, Katharine has an older sister named Adriana McPhee who is also a vocal coach on American Idol since 2012.

At the age of 12, Katharine moved to the Sherman Oaks neighborhood of Los Angeles until then her mother had recognized Katharine’s musical talents and she had decided to train her.

Katharine’s father Daniel McPhee passed away in the morning on 15 July 2018 just a week after her engagement announcement. 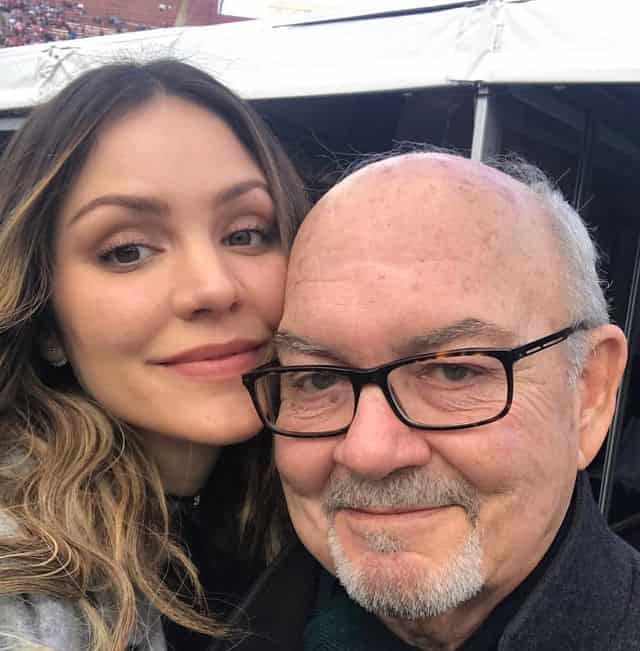 Katharine McPhee went to Notre Dame High School and completed it in 2002. Then she attended Boston Conservatory at Berklee where she majored in musical theatre but she only studied for 3 semesters and left her studies to try an acting career.

According to the wiki, Katharine McPhee is 5 feet and 8 inches tall which is around 173cm.

As of 2021, Katharine McPhee musters a net worth of about $14 million which she gathers as a singer-songwriter and actress.