The saying ‘Beauty with Brain’ is a standard definition of this marvelous actress. She has not only accomplished her acting career with her hard work but has always spoken her mind. Tati has a black belt in Karate. She is a talented actress who got recognized in her third grade. In 2021, Tati got listed under Forbes 30 under 30 in the list of ‘Hollywood & Entertainment.’

Tatiana Gabrielle Hobson popular as Tati Gabrielle is an American Actress known for her work in the Tv series The 100 on The CW science fiction as Gaia. Tati is a sports lover and is a big fan of the basketball team, the Golden State Warrior.

Where Was Tati Gabrielle Born?

On January 25, 1996, Tati Gabrielle was born to Terry Hobson and Traci Hewitt Hobson in San Francisco, California, United States. Tati’s Zodiac sign is Aquarius. Her father was a former basketball star from Ohio and has worked in the entertainment industry. Her mother is of African- Koran descent and her father is of African descent. Tati has two older siblings. 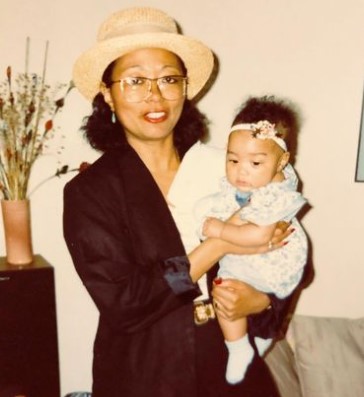 Tati went to Oakland School for the Arts and later enrolled at Spelman College to get a major in Drama and French. Tati graduated her high school with an overall 3.7 GPA. Tati went to school with Zendaya and dropped out of Spelman college to pursue a Hollywood career.

What Are The Career Peaks Of Tati Gabrielle?

Tati debuted her acting career with her role in the short film To Stay the Sword in 2014 at a very young age. Then appeared in an episode of K.C. Undercover in 2016 as Wackie Jackie. She debuted in movies by giving her voice in the animated movie The Emoji Movie in 2017. In the same year, she appeared in the sitcom Tarantula.

Gabrielle got recognized for her role in The CW drama The 100 as Gaia, which is also now broadcast on Netflix. Netflix is a global streaming service network with about more than 204 million active users. Later she appeared in the American comic book series Chilling Adventures of Sabrina for about 36 episodes. Tati has done guest appearances in series like The Owl House, Aftershock, and more. 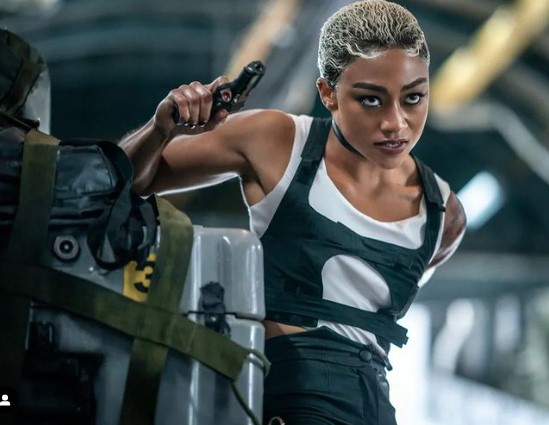 Tati starred in the third and fourth seasons of the Netflix psychological thriller series You as Marianne Bellamy. Her recent work includes the movie Uncharted Along with Tom Holland, and Antonio Banderas as the villain Jo Braddock. This movie has landed as an all-time highest-grossing film based on a video game.

Is Tati Gabrielle In A Relationship?

Tati Gabrielle is a very private person and does not share anything related to her dating or romantic life. Tati has not revealed about her partner. She was rumored to be dating her co-star in Chilling Adventures of Sabrina Co-actor, Gavin Leatherwood but both have not confirmed anything. Tati is not married so she does not have a husband. She has been many times misunderstood as a lesbian by her fans due to her Tomboy style.

What Is Tati Gabrielle’s Net Worth?

As of 2022, Tati Gabrielle has a Net Worth of $1.5 million, with income sources like acting in movies and tv shows, Voice actress, and social media influencer. Tati is represented and managed by Osbrink Talent Agency, California. She has endorsed brands like HOT TOPIC.

Tati has a major fan following on social media platforms like Instagram, and Twitter with 1.3 million followers on Instagram and 35.7k followers on Twitter. Tati has a wiki page in the Wikipedia directory. Her movie Uncharted has grossed $401.7 million worldwide. Tati has also worked as a model.

How Tall Is Tati Gabrielle?

With tomboy physic, shaved head with small blonde hair, and pierced septum, Tati stands out easily and has dealt with much criticism regarding her choices. Tati has a height of 5 ft 7 inches and weighs 56 kg. She maintains a healthy diet due to her movie roles and character needs.