Home > Entertainment > Is Elizabeth Hasselbeck Married? All About Her Husband, Family & Children

Being a media personality is not an easy task in itself. From being able to present oneself in a great way to working under pressure, and keeping up with the trends of society is a must. That's not it being a public figure also arouses curiosity among the viewers about them, and viewers wish to know everything about them. Likewise, today we shall be providing details of the personal life of the former outspoken conservative talk-show host and author Elisabeth Hasselbeck.

Also Read: Is WDRB Hannah Strong Married? Who Is Her Husband?

They started dating and knowing each other. After some years of dating, they came to the conclusion that the two of them complete each other. So, without wasting any more years of their lives, they decided to knot themselves in wedding vows and got married on July 7, 2002. At their wedding, their family members along with their close ones and friends were present. 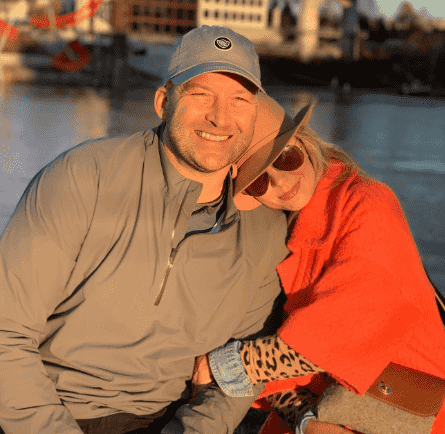 They have been living together since then. Recently on July 7 of 2022, they celebrate their 20 years wedding anniversary. On the auspicious occasion of their 20th wedding anniversary, Elizabeth posted a photo on her Instagram with her husband and her caption was

This shows how much they love and care for each other. They are the epitome of pure love. No matter what hurdles comes ahead of them, they are going to face them together and solve them.

Also Read: How Many Children Does Dana Jacobson Have? Her Kids And Family Details

Who Is Elizabeth Hasselbeck's Husband?

Elizabeth Hasselbeck husband is Tim hasselbeck. Tim Hasselbeck is a Former NFL quarterback. In August 2008, Tim Hasselbeck started working for ESPN. He regularly makes appearances all year long on SportsCenter, Gets Up, NFL Live, and ESPN Radio. Tim participated in eight NFL seasons with the NFL teams like Philadelphia Eagles, Arizona Cardinals, New York Giants, Buffalo Bills, Baltimore Ravens, Washington Redskins, and the NFL Europe's Berlin Thunder. According to espnpressroom Hasselbeck actively participated in the NFL's "Broadcast Boot Camp" at NFL Films in the year 2007 as one of the first group of active members.  He comes from an athletic family as both his father and siblings are football players.

How Many Children Does Elizabeth Hasselbeck Have?

Elizabeth Hasselbeck has altogether three children. After three years of their marriage, Elizabeth with her husband Tim Hasselbeck welcomed their first child Grace Hasselbeck on Tim’s 27th birthday which is on April 6, 2005, She shared the same birthday as his father Tim.  Following that Elizabeth was again pregnant with their second child. Their second child Taylor Thomas was born on November 6, 2007. He is now 13 years old as of 2022. 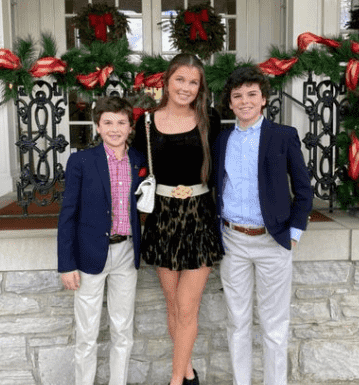 Discover: How Much Is Cecily Tynan Salary? Explore Her Earnings And Net Worth

Similarly, their youngest son Isaiah Timothy was born on August 9 2009. There is two years age gap between children. Elizabeth loves her kids the most. According to Elisabeth, her family is the main reason for her retirement. In a 2016 interview with Fox News, she stated that she was at a point in her life where her children needed her most and didn't care about anything else.