Simone Halep is a Romanian tennis champion who has been ranked as the World's No.1 player between the years 2017 to 2019.

Simona initially began playing Tennis from the age of 4 after she was inspired by her brother and she started practicing with local coach loan Stan at the age of 6.

Simona is also the first Romanian woman Tennis player to win a Wimbledon singles title and be ranked No. 1.

Former tennis World No 1 player Simona Halep tied the knot with her long-time boyfriend Toni Luruc on 15th September 2021. Their wedding ceremony took place at her hometown in Constanta, Romania where they officially signed their marriage records in the presence of their parents and guests. Later, a restrained wedding party was conducted at Fratelli Club in Mamaia seaside resort which was attended by around 300 guests including businessmen, politicians, sports personalities, and artists. Simona and her partner got engaged back in June 2021 while Simone was on a break due to a leg injury that took place at the tournament in Rome on May 12. Whereas the pair first came out as a couple after Simona won the title at Wimbledon in July 2019.

Furthermore, her husband Toni is a Romanian Businessman who owns 6 multinational companies in Romania. Prior to getting married to Simona, Toni previously had 2 failed marriages. Toni was first married to a model named Arina and later with Liana but both of his marriages ended up in divorce.

Simon, who began playing tennis at an early age, also used to play football and handball while growing up. But she was keener to Tennis after watching her brother’s training session. Simone also became the world No. 1 junior alongside winning several titles such as Grade 1 title at the Perin Memorial in Umag, Grade A title at the Trofeo Bonfiglio during the junior circuit, and Grand Slam title at the French Open.

Simone turned pro in 2006 and soon won her first 2 ITF singles and doubles titles in back-to-back weeks in Bucharest in May 2007. She then made her debut in the WTA tournament in April 2010 and finished as a runner-up.

By 2013, Simona won 6 WTA titles and she was first ranked World No.1 on 9th October 2017 by the “Women’s Tennis Association” (WTA). A year later, she won her first major tournament at the 2018 French Open and she was ranked the year-end No. 1 by WTA alongside winning WTA's ‘Fan Favorite Singles Player’ title in 2017 and 2018.

Likewise, she also won her 20th WTA title in Dubai, and in August 2021, she won her 21st WTA title at the 2020 Prague Open. However, later, she retired from the Italian Open and French Open due to her half-calf injury. Later, she returned back to play at the 2021 National Bank Open, 2021 Western & Southern Open, and US Open.

Winning several titles and prize money as a professional Tennis player Simona's net worth is estimated to be around $30 million as of now. Additionally, Simona also earns from various brand endorsements.

Simona Halep was born on 27 September 1991 in Constanta, Romania to a father Stere Halep, and mother Tania Halep. Her dad is a former football player who currently has a dairy products business in Romania while her mom is a homemaker and she also helps with the family business. 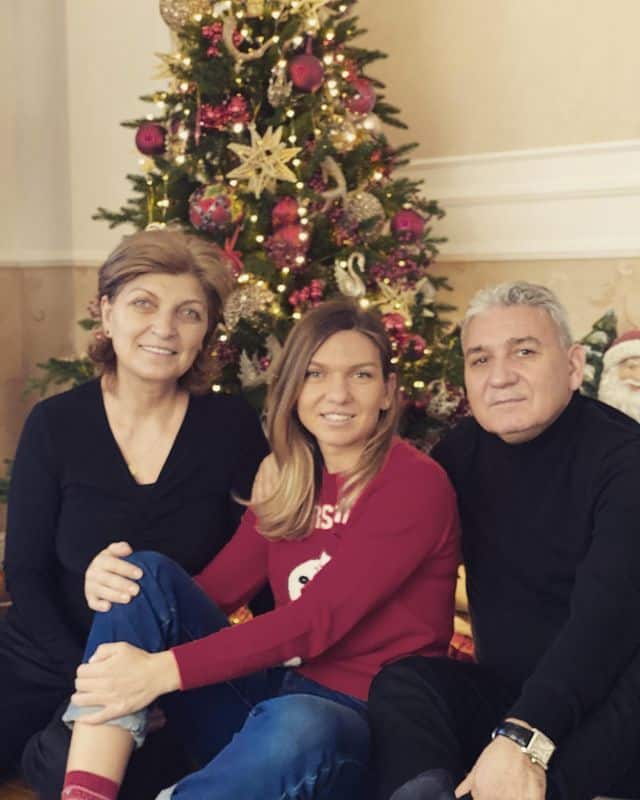 As per the wiki, Simona has an elder brother named Nicolae Halep who is 5 and half years older than her in terms of siblings from her parents.

As per her education, Simona attended a sports school named Liceul Cu Program Sportive and later graduated from the Universitatea Ovidius din.

Talking about the height of Simona, she is around 5ft 6in tall (168cm).