For every actor or artist, it is a huge deal to be acknowledged for their performance or work. Being awarded is a symbol of praising their work among thousands of artists, it motivates them and makes them more dedicated to their work. Today we are talking about Abigail Breslin who has been nominated for almost 30 awards till now and has bagged 12 awards in her name for her amazing performance as an actress.

Abigail Kathleen Breslin known as Abigail Breslin is an American actress and singer who became famous for her appearance in the movie called Little Miss Sunshine in 2006 and Ender’s Game as valentine Wiggin which was released in 2013.

Who Are Abigail Breslin’s Parents? 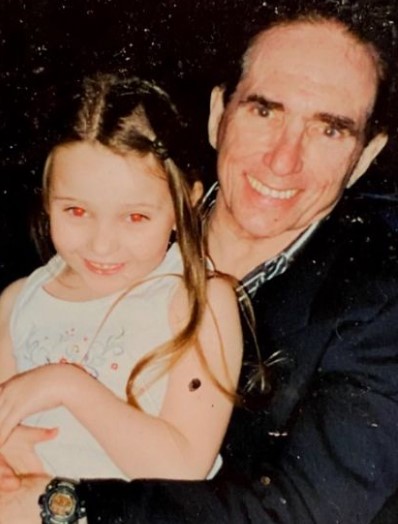 On 2021 February 26, Abigail’s father died because of Covid-19 complications, leaving her devastated from the sorrow. Her dad was placed on a ventilator after being tested positive for Covid-19 in early February 2021. She even asked her fans and friends on Instagram for prayer and positivity by sharing the news of her dad.

What Are The Career Peaks of Abigail Breslin?

Abigail Breslin debuted acting at a young age by playing the lead character’s daughter in the American science fiction movie called Signs, which also brought her two award nominations. The same year, Abigail made a guest appearance in the American sitcom called What I Like About You as Josie. In 2006, Abigail got her breakthrough role in the comedy-drama movie called Little Miss Sunshine as Olivia Hoover. Abigail was nominated for Academy Award for Best Supporting actress. 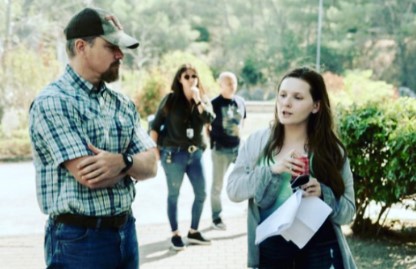 In 2009, Abigail appeared in the zombie comedy movie called Zombieland as Little Rock along with Oscar-winning actress Emma Stone. She also replayed her role in the sequel movie Zombieland: Double Tap. Abigail gave her voice to the animated character called Priscilla in the Nickelodeon Movies Rango. Abigail’s recent work is that she starred in the crime drama movie called Stillwater alongside Matt Damon.

Whom Is Abigail Breslin Married To?

Abigail Breslin is yet to be married to her fiance. She is currently engaged to her long-time boyfriend named Ira Kunyansky. Abigail and her soon-to-be husband Ira met in 2017 and got engaged in February 2022. Prior to Ira, Abigail dated an English actor Freddie Highmore in November 2015. She was also rumored of being in a relationship with Tom Sturridge in April of the same year. In 2013 Abigail dated Vocalist Jac Barakat and got separated a year after. 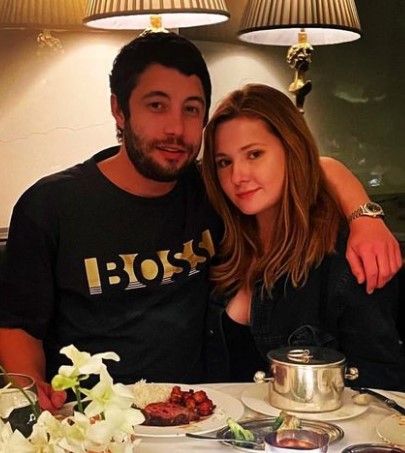 Abigail talked about being a rape victim by her ex-partner in April 2017, which gave her PTSD. Abigail explained why she did not go to the police for help in an Instagram post she explained how shocked and in total denial and did not want herself to be considered a victim. Abigail buried the fact and pretended as if it never happened because she didn't want to see herself as a "victim"  and also because she thought her family and friends would be very hurt after finding that out.

What Is Abigail Breslin’s Net Worth?

As of the wiki 2022, Abigail Breslin has an estimated net worth of $8 million with her major source of income is acting in movies and tv shows. Abigail was ranked in 8th position by Forbes magazine for having a net worth of $1.5 million in the years 2006 and 2007. Abigail is managed and represented by Digital Launch, a talent management company, in New York. Abigail is active on social media and has 532k followers on Instagram, 209.3k followers on Twitter, and 163k followers on Facebook. Abigail has endorsed brands such as Toys ‘R Us, Brita Water Filters, and Hewlett- Packard Commercial by appearing in tv commercials. Abigail’s movie Little Miss Sunshine was a box office hit and made a collection of $100 million globally.

How Tall Is Abigail Breslin?

Abigail Breslin has a height of 5 ft & 1 inch and weighs around 64 kg as of now. Abigail is a beautiful woman with amazing talent who always smiles showing off her perfect teeth, long brown hair, and blue eyes.