Tons of child actors audition daily to enter Hollywood, these actors play roles on TV shows, Commercial videos, advertisement videos, theatre, movies, short movies, or corporate videos. They also give voice to child-animated characters in movies and games. Some child actors prefer pursuing careers in the same field while some prefer other career paths. Asa Butterfield, Tom Russell, Natalie Portman, Emma Watson, and many more are great examples that child actors can have a successful career.

Alisha Weir is a rising Irish child actor and TV personality who is recognized for her work in many movies and TV shows such as Don’t Leave Home, Day Out, Roald Dahl’s Matilda the Musical, and Darklands.

Who Are Alisha Weir’s Parents?

On 26 September 2009, Alisha Weir was born to Mr. and Mrs. Weir in Dublin, Ireland. She lives with her parents and siblings. This year on her birthday, she turned 13. She showed interest in acting at a young age, so she became a member of the drama club to learn acting and performed in many plays and dramas. Alisha completed her early acting classes at a local acting and drama school. Her father’s name is Mark Weir and he is a manager at car dealers. Likewise, her mother Jenny Weir works in the automotive industry. Her parents are protective of her just as any other parent and are supportive family for her. They have two daughters including Alisha and her sister Katie.  Katie is also into acting. Katie went to Urdang, an art academy in Islington, London, and has worked in Dublin Panto Productions and performed in an Opera group around UK and Ireland. 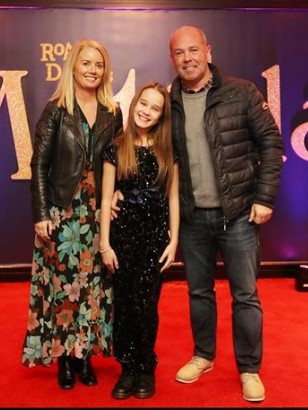 Along with acting, Alisha loves to dance, sing, paint, swim, and play guitar in her leisure time. She is also an animal lover and has a pet dog. Alisha is also fond of different cuisines like German, Spanish and Italian.

What Are The Career Peaks of Alisha Weir?

Alisha Weir, a 13-year-old has now become a household name after appearing as the lead character in the Netflix movie called Roald Dahl’s Matilda the Musical released in 2022. The movie is an adaptation of the Tony and Olivier award-winning musical of the same name. The story is about an extraordinary girl with a sharp mind and a vivid imagination who does everything to change her story. Alisha plays Matilda Wormwood who is blessed with a great mind but has the worst parents. The movie stars Emma Thompson who plays Miss Trunchbull, the bullish headteacher, and Lashana Lynch who is the kind teacher named Miss Honey. 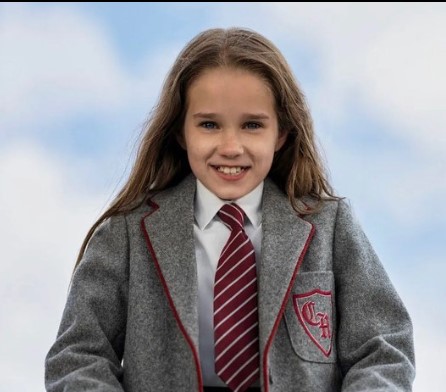 In 2018, Alisha appeared in the horror, mystery, and thriller movie called Don’t leave home as Siobhan Callahan. The movie is about an American artist who is obsessed with urban legend and starts investigating the story’s origin in Ireland. The following year, she appeared in the crime drama movie called Darklands which is about a young MMA fighter with high hopes of escaping his neighborhood after his brother goes missing. She has also made mainstream TV appearances such as on Dancing with the stars Ireland.

How Much Is Alisha Weir’s Net Worth?

As of the wiki 2022, Alisha Weir has an estimated net worth of $1 - $2 million with her primary source of income is acting in movies and TV shows. She also earns a good sum of money from commercials, brand promotions, and other business ventures. She is also active on social media and has 5k followers on Instagram with only 9 posts.

How Tall Is Alisha Weir?

Alisha Weir is 13 years old and has a height of 4 feet & 2 inches and is still growing. She is an adorable and talented actor who is loved by her co-workers. Aisha has beautiful blue eyes and blond hair.