Many celebrities have become famous as a result of uploading videos to youtube and tiktok. Nowadays, the most popular site for people to view videos to pass the time is YouTube. It has also been the site where people upload videos in order to make money and make a living as a Youtuber. Many actors, singers, players, etc are rising to fame because of youtube. Among them the basketball player, Austin Mcbroom is also the one.

Austin Mcbroom is a Basketball player who has risen to fame because of his family's youtube channel "The ACE Family". His channel has near 19M subscribers which are growing rapidly. They first started their youtube channel on 28th July 2016, with a Q&A video. They post family vlogs, pranks, challenges, and experiences on YouTube, as well as films of their family moments.

Where Was Austin McBroom Born?

Austin McBroom was born and raised in Califonia, United States. His birthday is on 20th May 1992. As of 2021, Austin's age is 29 years old. He is a Christian who identifies as an American. Austin was raised in an upper-middle-class family. About his parents, Austin's mom is Michole McBroom and she is also the founder of a clothing brand called "Lipstick Diaries". 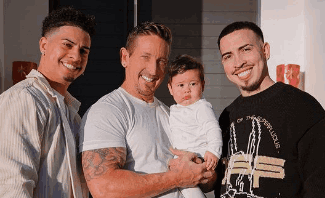 His dad is Allen McBroom, he manages The Painted Turtle, a non-profit camp. The camp provides assistance and support to children with mental illnesses. His mother and father are now divorced and his father is now married to Erica McBroom. His younger brother Landon McBroom was also accused of abusing his long-term girlfriend Shyla Walker. He also has two stepbrothers.

Austin studied at Campbell Hall High School. He then went on to three colleges for his higher education: Central Michigan University, Saint Louis University, and Eastern Washington University from where he completed his graduation in communication. Austin McBroom excelled in his academic studies. He had a strong desire to play basketball, baseball, and football since he was a youngster, and he wanted to make a profession out of it which he succeed.

Yes, Austin McBroom is married to his long-term girlfriend Catherine Paiz. They met at a party, but they didn't speak to one other at that gathering. After a few months, Austin sent Catherine a message inviting her to dine with him and she agreed to go with him. After their first meet, they frequently started to meet each other. They gradually fell in love and began dating from the year 2015. Just after 2 years of their dating life, Austin and his girlfriend Catherine tied the knot at a private wedding on 18 January 2017. The couple revealed via one of their YouTube videos that, they were married secretly in their private backyard without the presence of their parents and family. They also said it felt like their private experience where Austin and Cathrine both were wearing flip-flops and T-shirts. However, the only people who were present at the wedding were Austin's grandmother and his brother.

How Many Children Does Austin have?

Austin and his wife Catherine are parents to 3 beautiful children; two daughters and one son. The pair were already blessed with their first daughter even before getting married. Their oldest daughter Ellie Lively McBroom is 5 years old who was born on 28th May 2016 and their second daughter, Alaia Marie McBroom is 2 years old and was born on 17 October 2018. Likewise, their youngest son Steel is 1 year old who was born on 20th June 2020. The family of 5 now resides in their home in California and they even have documented their house tour video on their YouTube channel. 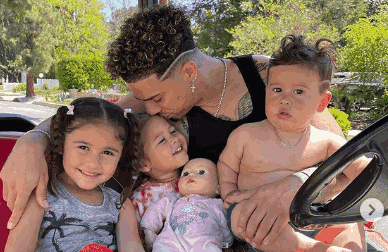 Is Austin Active In Social Media?

What Is Austin McBroom Net Worth?

According to the wiki, Austin's net worth is approximately 2 million dollars. He is one of the richest YouTubers and players who has a huge mansion which costs around 10 Million dollars which has many luxurious features like two waterfalls, a boxing ring, a movie theatre, and most amazing a piano that plays by itself. Austin owns five cars which are orange Lamborghini, Range Rover, Jeep Wrangler, Chevrolet Camaro, and blue Rolls Royce.

How Tall Is Austin McBroom?

He stands 6 feet tall and weighs roughly 70 kg. He has dark brown hair that is short and fashionable, as well as attractive and beautiful dark brown eyes. Since he is a professional basketball player, he is fit and healthy. He has a muscular body type. He is also a big fan of tattoos as he has many tattoos all over his body. He also has tattoos honoring his family.