We have heard this quote at least one time in our life ‘Confidence is Key’, It states the importance of self-belief to have a life we deserve and dream of. Especially in show business, without confidence, it is very difficult to exist a month. To stand in front of a camera and act as if they are the eyes of thousands of audience, is not an easy task nonetheless having self-belief and confidence will automatically decrease those fears. Candice Rene is an amazing actress with wonderful confidence to create a successful career in the entertainment industry and the music industry.

Candice Rene King (nee Accola) also known as Candice Rene is an American actress well recognized for her performance in the supernatural teenager TV show called The Vampire Diaries on The CW Network.

Who Are Candice Rene’s Parents?

On May 13, 1978, Candice Rene was born as a Taurus to Carolyn Accola and Kevin Accola in Houston, Texas. Candice’s father was a cardiothoracic surgeon and her mother worked as an environmental engineer before she left to be a homemaker. As for siblings, Candice has a younger brother named Kree Thomas Accola. Along with her family, Candice grew up in Edgewood, Florida, and went to Lake Highland Preparatory School. Candice’s paternal grandmother was Betty/ Bette Jean Larson and her Paternal Grandfather’s name was Donald Adrian Accola.

What Are The Career Peaks of Candice Rene?

Candice Rene has a successful career in both the acting and music industry. Candice released her first-ever album called It’s Always the Innocent Ones in 2006. Candice wrote songs such as ‘Til Tuesday's hit "Voices Carry" and American Stereo's "The Breakup Song" revised in a female version as "Our Breakup Song". Her album was a success when it was re-released in 2008 in Japan. Candice also toured for Miley Cyrus’s Best of Both Worlds Tour as a backing singer. Candice performed the cover song of Eternal Flame by The Bangles on the supernatural teen drama called The Vampire Diaries in 2011. 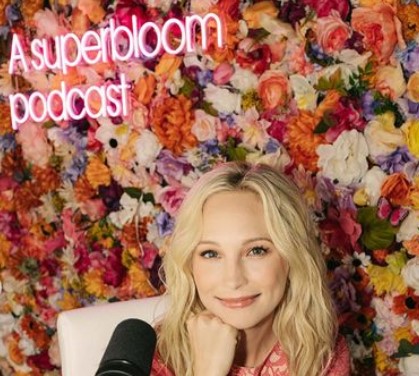 In 2009, Candice appeared in the horror movie called Deadgirl directed by Marcel Sarmiento and Gadi Harel. Candice has also made several guest appearances on tv shows such as How I Met Your Mother, Supernatural, and Drop-Dead Diva. Candice also had the chance to play a small role in the Hannan Montana Movie in 2009. The same year, Candice joined the American paranormal tv show called The Vampire Diaries as Caroline Forbes. As of 2020, Candice played in the romance drama sequel movie called After We Collided as Kimberly.

Whom Is Candice Rene Married To?

Candice Rene is currently married to Joe king since 2014. Her husband is a musician, Joe and Candice met when watching the Super Bowl event in February 2012 through Candice’s friend and show partner Nina Dobrev and started dating. They got engaged in May 2013 and tied the knot on October 18, 2014, in New Orleans, Louisiana.

Candice and Joe have two children together, the eldest daughter Florence May King born on January 15, 2016, and the youngest daughter named Josephine June King born on December 1, 2020. On May 2022, the couple declared about getting a separation after 7 years of marriage. 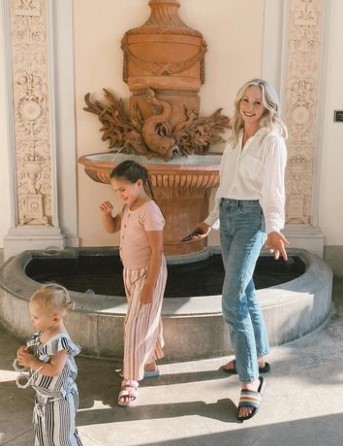 Before dating Joe, Candice dated quite a few people. Candice dated her co-star and screen partner Zach Roerig from 2011 and split after a year. Candice had a fling with Steven R. McQueen in 2010. Candice has been romantically associated with actors such as Micheal Rosenbaum, Tyler Shields, Gregory Smith, and Tyler Hoechlin.

What Is Candice Rene’s Net Worth?

As of the wiki 2022, Candice Rene has an estimated Net Worth of $4 million with her key income source as acting in movies and tv shows. Candice has also appeared in tv commercials to promote the brand WEN by Chaz Dean Haircare. Candice is a huge social media star and now has a podcast called A super Bloom pod. Candice has about 10 million followers on Instagram and 1.9 million on Twitter. Candice is managed and represented by Untitled Entertainment, Talent Management Company, America.

How Tall Is Candice Rene?

Candice Rene has a height of 5ft 8inhces and weighs around 59kg. Candice is a good-looking woman with blonde long hair and blue eyes. Candice is a dance lover since a young age and dances her way to fitness.