‘A dream doesn’t become reality through magic; it takes sweat, determination and hard work,’ this saying perfectly defines Chris Diamantopoulos and his journey throughout the Hollywood industry. Chris is a determined, disciplined, and hardworking actor.

Chris Diamantopoulos is a Canadian Actor, Stage artist, and Voice actor especially recognized for his role in Silicon Valley as Russ Hanneman on the HBO network. It is a comedy tv series, created and directed by Mike Judge, John Altschuler, and Dave Krinsky.

Where Was Chris Diamantopoulos Born?

On May 9, 1975, Chris Diamantopoulos was born to his parents in Canada. His parents are of Greek descent, and Chris grew up in two different countries: Greece and Canada. Due to his early life and family background, Chris speaks fluent Greek and is a practicing member of the Greek Orthodox church. Chris has not revealed his parents’ names or about his siblings if he has any.

What Are The Career Peak of Chris Diamantopoulos?

From the age of nine, Chris has played in tv commercials and theatre production, when he reached 18 Chris worked on Broadway and played the main part in The Full Monty and Les Misérables in 2003. Chris appeared in Behind the camera as Robin Williams. During that period, Chris has made a lot of guest appearances in series: such as Kevin Hill, Charmed, The Sopranos, and Nip/Tuck. Chris was also a part of the 24, in the eighth season, played the role of US president’s chief of staff Rob Weiss.

Chris is the one who voiced Mickey Mouse, Vampire, and a Mummy in Mickey Mouse. Disney and Chris have worked together for a long time, he voices the follow-up series of mickey mouse called The Wonderful World of Mickey Mouse. 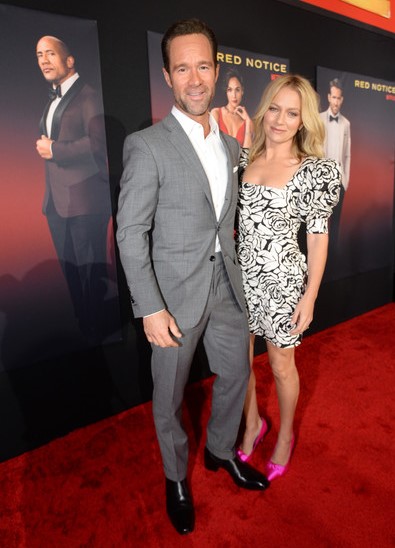 Chris has also appeared in the famous American mockumentary sitcom show The Office as Brian, a former member of the crew. In 2016, Chris voiced the animated DC movie Batman Unlimited: Mechs Vs Mutants, and in 2021, he worked in the animated dc movie Justice Society: World War 2. The same year, Chris starred in the action-comedy movie Red Notice directed by Rawson Marshall Thurber along with Gal Gadot, Dwayne Johnson, and Ryan Reynolds which was released on Netflix.

Who Is Chris Diamantopoulos Married To?

Chris Diamantopoulos married his wife Becki Newton on May 12, 2005, in a private ceremony in the presence of friends and family. Chris and Becki met in a subway in New York and started dating each other. His wife, Becki is an American actress well known for her role in tv shows like Ugly Betty as Amanda Tanen and How I Met Your Mother as Quinn Garvey. 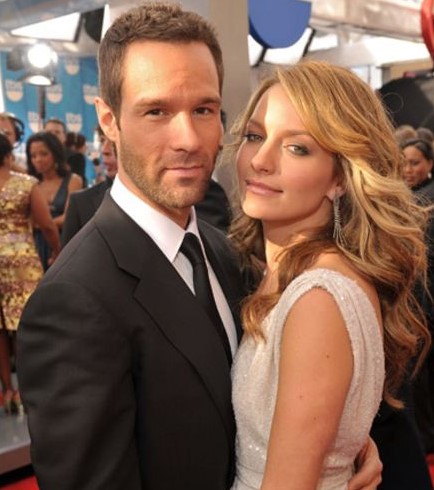 How Many Children Does Chris Diamantopoulos Have?

Chris and Becky have 3 children and are expecting their 4th child which was confirmed when Both Chris and Becky were seen walking together in their Los Angeles residence neighborhood with a baby bump. In November 2010, the couple welcomed their first child, a son who is 11 years old, then a baby girl in 2014 who is 8 years old, and after a six-year gap, they had another girl in 2020 who is two years old.

What Is Chris Diamantopoulos’s Net Worth?

As of 2022, Chris Diamantopoulos has a Net worth of $2 million with income sources such as acting in movies and tv shows, voice actor, and being a stage artist. His movie red notice was the most watched movie for 28 days of its release on Netflix. Chris resides in two places: New York, and Las Angeles with his wife and kids.

Chris is represented and managed by Viewpoint, Inc., Public Relations Agency, Beverly Hills, California, and William Morris Endeavor Entertainment, Talent and Literary Agency, Beverly Hills. Chris has also endorsed brands such as appearing in a tv commercial for Charles Schwab in 2012. Chris is a private person, and is not available on any social media platform nor is his wife.

How Tall Is Chris Diamantopoulos?

At the age of 47, Chris Diamantopoulos maintained proper physic a height of 5 ft 9 inches and weighs 70kg. According to the wiki, Chris has an Athletic body build with dark brown hair and eyes.