There must be very few people who haven't heard of the American fantasy drama television series Game of Thrones. Having said that are you a fan of this series too? If yes, then you must be familiar with the character of that movie. Tom Varey was one of several artists. He played the role of Cley Cerwyn in the sixth season episode "The Winds of Winter" in Game of Thrones.

Tom Varey is a British actor who has been steadily appearing in a number of movies and is currently establishing himself in the film industry.  His works include Pond Life, No Offense, Games of Thrones, Death in Paradise, Ridley Road, and others. He was Daisy Edgar-Jones' ex-boyfriend. Daisy is a well-known actress.

Where Was Tom Varey Born?

Tom Varey was born into a reputable family in Mossley, Greater Manchester. He grew up in the United Kingdom. He is now 29 years old age. There isn't a lot of information accessible regarding his birthday and family members including his parents and siblings. He would rather keep it hidden from prying eyes.

Regarding his educational background, he spent three years from 2011 to 2014 studying at the Royal Academy of Dramatic Art. He was very interested in participating in drama from an early age. He mentioned his undergraduate theatre teacher Wynn as his greatest inspiration during an interview with Square Mile. Despite having a passion for drama, he never saw himself becoming a successful actor. In addition to teaching him, his teacher Wynn encouraged him into applying to acting school. Additionally, Jaffa cakes are his favorite.

What Are The Career Peaks Of Tom Varey?

He didn't have any camera instruction at RADA [Royal Academy of Dramatic Art], so his first duty was getting comfortable in front of a camera. He was quite camera-shy when he first started shooting. He eventually overcame that obstacle and gave it his all. Tom Varey's acting career began in the year 2014.

Varey played Bert Middleton in the second season of the BBC One drama The Village in 2014. Then, he made his debut in the television series No Offence as PC Stuart O'Connor in 2015, and he played the part for all three seasons of the show until its completion in 2018. He also made an appearance as Lord Cley Cerwen in an episode of Game of Thrones' sixth season. Likewise, his other movies and TV shows include Dark Angel, Pondlife, Death in Paradise, and Ridley Road. According to the wiki, as of 2022, he is filming a movie called The Boys in the boat.

Who Is Tom Varey Dating?

Currently, Tom Varey is single and isn’t dating anyone. However, he had a girlfriend and it has not been long since their breakup. His ex-girlfriend was Daisy Edgar-Jones who is also an actress. Daisy’s most well-known performance was in the series Normal People in which she portrayed Marianne Sheridan. 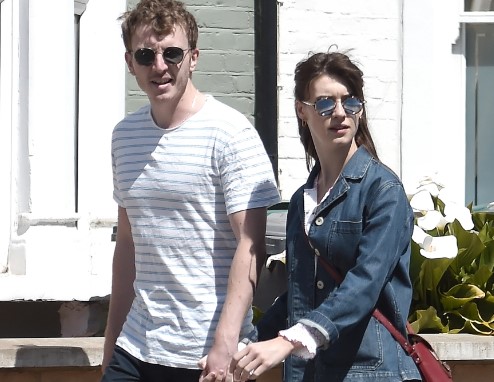 Tom first encountered Daisy during the shooting of the 2018 movie Pond Life. Following that, they began dating. After dating for more than two years, they split up in 2021. According to just Jared, the couple was living together during the lockdown, but Daisy recently moved out and is now residing at her parent's home in North London. The reason behind their separation was their busy schedule. They are both enthusiastic about pursuing their careers and are young. They have both been working hard to advance their careers at this time. Tom is not currently considering seeking a partner.

What Is Tom Varey Net Worth?

His net worth is thought to range from $1 million to $5 million. Tom's primary source of income comes from his profession as an actor. He is a growing celebrity in the movie industry, therefore it is likely that he will take on more projects in the future and become one of the highest-paid TV personalities

How Tall Is Tom Varey?

He stands at a height of approximately 5 feet, 10 inches. His other physical characteristics include a pair of black eyes, a whitish complexion, and short brown hair. He has maintained his body by going to the gym and has six-pack abs.

actor The Boys in the boat GOT Ridley Road