The key to success is doing your part of the work and not expecting anything, because having expectations can raise a standard for results. Today we are going to talk about a rising star Emma D’Arcy who kept going and craved a marvelous path for her career. Her journey is very interesting, started in theatre and has landed herself in several tv shows and movies.

Emma Zia D'Arcy known as Emma D’Arcy is an English movie, tv, and theatre actor well known for her appearance in the most awaited series of tv series called House of the Dragon as Rhaenyra Targaryen. The show is the spinoff of the most watched epic fantasy drama show called Game of Thrones created by George R. R. Martin novels.

Where Was Emma D’Arcy Born?

On 27 June 1992, Emma D’Arcy was born as Cancer to Richard John D’Arcy and Sally Elizabeth D’Arcy in London, England. Emma is the youngest child of her parents and she has an older brother named Leo D'Arcy in terms of her siblings. Emma went to Ruskin School of Art which is an art school at the University of Oxford to learn Fine Art. Emma identifies as a non-binary and uses they/them pronouns.

While getting her education, Emma has taken part in many theatre performances including Romeo and Juliet, the Games we played, and the Crucible at the Yard Theatre. They also played in the Arcola Theatre on the Mrs. Dalloway and Callisto: A queer epic drama and at Oxford Playhouse on the Pillowman drama play.

What Are The Career Peaks of Emma D’Arcy?

Emma had a strong base while studying by making a ton of appearances in theatre from a young age. Emma’s astonishing performance in theatre led her to play in many tv shows and movies. Emma appeared in the British supernatural comedy horror tv show called Truth Seekers in 2020 along with Nick Frost which premiered on Amazon Prime Video. Emma then appeared on BBC One and Netflix mini-series called Wanderlust created by Nick Payne in 2018. Emma has also appeared in the series adaptation of the movie called Hannah. 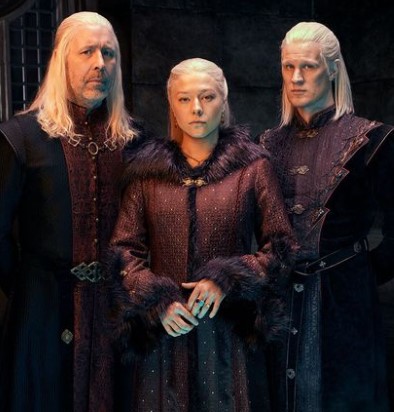 They have also worked with Keira Knightley, Gugu Mbatha-Raw, Jessie Beckley, and Keeley Hawes on the comedy-drama movie called Misbehaviour released in 2020 and directed by Philippa Lowthrope. Their major career peak is their appearance on the HBO series House of the Dragon. Emma is the first non-binary person to play a lead character on House of the Dragons. The show has presented a wide range of people on the show breaking many traditional casting taboos.

Who Is Emma D’Arcy Dating?

Emma D’Arcy is a private person and does not share a lot about their personal life as well as their romantic life and partner. In an interview with entertainment weekly, Emma discussed her gender identification as Non-binary. During an interview with Hollywood Reporter Emma revealed that being a non-binary person she is pulled and repelled by masculine and feminine identity. 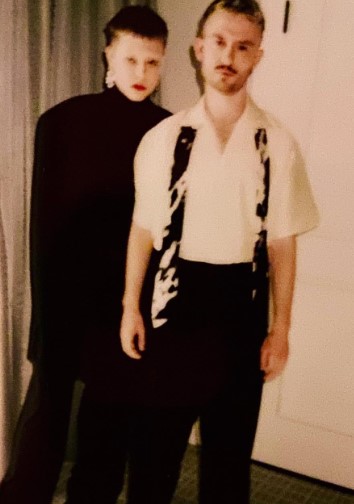 Discover: Who Is Olivia Cooke Partner? Insight Into Her Dating Life & Boyfriend

Furthermore, she has also written her Instagram and Twitter bios as They/ Them. Emma is solely focused on her career right now. Though there is a rumor, that Emma is in a relationship with the director Thomas May Bailey because of their frequent appearance on her social media.

What Is Emma D’Arcy’s Net Worth?

As of the wiki 2022, Emma D’Arcy has an estimated Net Worth of $500,000 with her major source of income being acting in movies, tv shows, and theatre. Emma is also active on social media, where she random images of her surrounding which she enjoys, and promotes her movies and tv shows with her fans and followers. Emma has 67.8k followers on Instagram.

How Tall Is Emma D’Arcy?

Emma D’Arcy has a height of 5 feet 8 inches i.e., 1.17 meters. There is no exact information about her weight. Emma’s fans get confused and think they are Hunter Schafer from Euphoria, because of their similar faces. Emma has practiced sword fighting for her role in House of the Dragons. Emma has brunette hair despite her appearance in House of The Dragon with blonde hair and striking blue eyes.