Who Is Olivia Cooke Partner? Insight Into Her Dating Life & Boyfriend

Home > Entertainment > Who Is Olivia Cooke Partner? Insight Into Her Dating Life & Boyfriend

Olivia Cooke is a talented and appreciated English actress well known for her work in the psychological drama thriller called Bates Motel as Emma Decody. Olivia is not only a great actor but also a supporter of the Save The Children Campaign, she believes in doing something for the society and has appeared in the Bulgari Advertisement for the same cause. Olivia has starred in movies and series including the historical drama series Vanity Fair, the supernatural movie called Ouija, the American comedy movie called Me and Earl, and the Dying Girl.

Olivia also played in the American black comedy movie called Thoroughbreds which was released in 2017. Olivia’s work in acting has been unique and prodigious. Olivia joined the anthology series called Modern Love, a romantic comedy as Karla, a pregnant woman with no house and child to raise on Amazon Prime Video.

From Where Do We Know Olivia Cooke?

Olivia also raises to fame from her work in the American drama movie called Sound of Metal directed and created by Darius Marder along with renowned actors such as Riz Ahmed, Paul Raci, Lauren Ridloff, and Mathieu Amalric. Her recent work is Olivia’s appearance in the tv’s most awaited series which is a prequel to Games of Thrones, one of the best series to ever be made called House of the Dragon as grown Lady Alicent Hightower. The younger version is played by Emily Carey.

Olivia Cooke was reported dating Christopher Abbott in 2015, they were seen in public places together and appeared on red carpets including the 31st annual film Independent Spirit award. But there is no confirmation of them being in a relationship anymore, both have not said anything regarding their relationship. It is said that Olivia and Christopher, now ex-boyfriend parted their ways in 2020 when there was a Covid-19 lockdown, the couple is not seen together, since their appearance was captured by Daily Mail in 2019. Her ex-boyfriend Christopher Abbott is an American actor who is recognized for his work in movies such as Hello I Must Be Going released in 2012 and The Sleepwalker released in 2014.

Discover: What Is Olivia Cooke Net Worth & Salary? Her Career Earnings Explained!

After Olivia's split with Christopher, She was rumored of dating Ben Hardy, an actor and also co-star in her crime comedy movie called Pixie. This was before the pandemic hit and shortly after the lockdown, they parted away. Olivia also shared that when staying at home during the pandemic, she felt lonely and tried using her social media account, and multiple dating apps to search for a potential boyfriend. 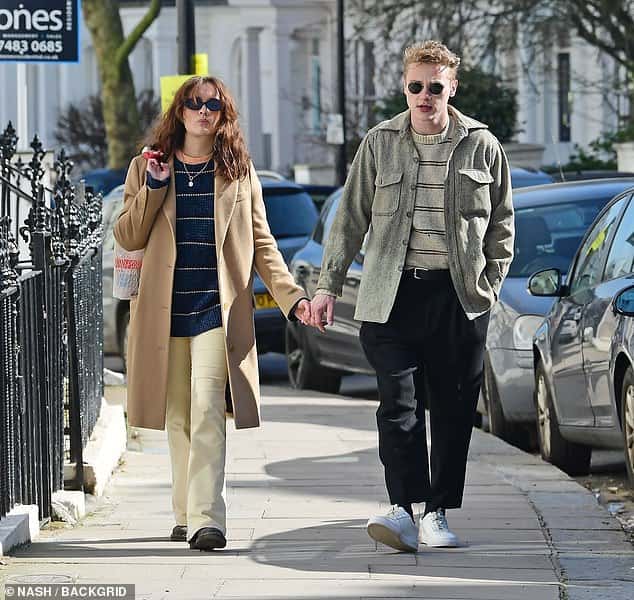 Olivia is a private person regarding her love life and family matters, she was rumored of having a budding romance with English actor Alex Roe when Olivia talked about having a supportive boyfriend who helped her overcome her self-image and confidence issues.

As of now, Olivia Cooke is not dating anyone nor does she have any partner, she is solely focused on her career and giving herself time to grow and reach her potential.