Being related to a celebrity can automatically put anyone on the media map. Likewise, if they are a celebrity child it’s likely that their whole life will be documented and watched by the media and fans. Likewise, today we are going to talk about a celebrity daughter Imani Duckett. Imani is the daughter of Jasmine Guy, an American actress, singer, dancer, and director. Jasmine is known for her appearance in the NBC show called The Cosby Show and, in the movie, called School Daze released in 1988.

Imani Duckett Guy known as Imani Duckett is an American actor, dancer, and model who has risen to fame for being related to Jasmine Guy as a daughter. She has also performed in numerous theatre dramas including in the play called Latoya.

Who Are Imani Duckett’s Parents?

On 28 March 1999, Imani Duckett was born to Terrence Duckett and Jasmine Guy in New York. Her father is just as private about his life as Imani and does not prefer to appear in the media. Whereas her mother, Jasmine Guy is a well-known celebrity in Hollywood. She is a versatile personality known for acting as a director, dancer, and singer. 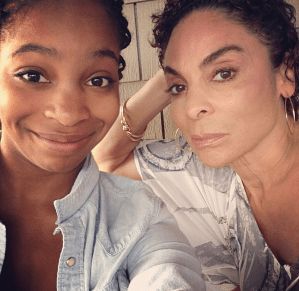 Her parents got married on August 22nd, 1998 but after 10 years of marriage, they got separated in 2008. Her family has been very supportive of Imani’s decision and desire to act. Imani goes to NYU Tisch School of Arts and takes both dancing and acting classes just like her mother.

What Does Imani Duckett Do For A Living?

Imani Duckett is now being introduced to the movie industry by her mother. She is an actor, model, dancer, and artist. Imani seems to have been blessed with art and often created painting in bags, and jackets. Freddie Ashley’s directed play called Serial Black Face was Imani’s acting debut in 2006. Imani then went on to play the role of Latoya, a teenage rebel during the period of Atlanta Child murders. For her acting debut on screen, Imani appeared in the drama TV movie called Open released in 2020 along with Essence Atkins and Keith D. Robinson. The movie was about the leads named Cameron and Wren who were in an open marriage for the last three years and later issues and problems arose.

Imani’s TV appearance was in Unsung Hollywood, a documentary series that captured talented and influential black celebrities in Hollywood movies, TV, Comedy, and sports. The show has a rating of 8.1 out of 10 on IMBD. The series ran for four years from 2014 to 2018 with many celebrities on the show including Debbie Allen. However, Imani is more famous for being Jasmine Guy's daughter than for her appearance in movies and TV shows.

Who Is Imani Duckett Dating?

Imani Duckett is currently single and does not have a boyfriend. She has been very private about her life even though her mother is a social media sensation, Imani prefers to keep her life personal and secret. For now, there is no name that can be linked to Imani, she has either successfully kept her love life a secret or does have one right now. 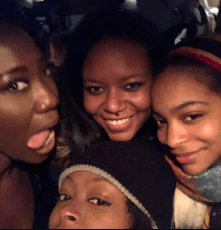 How Much Is Imani Duckett’s Net Worth?

As of the wiki, Imani Duckett has an estimated net worth of $4 million at the age of 23. Imani’s major source of income is her salary as an actress in movies and TV shows and as a model. Imani has also inherited income from her parents, especially her mother. Jasmine has an estimated net worth of $4 million which she earned as a successful actor, director, dancer, and model. Jasmine’s movie called Harlem Nights collected the sum of $95 million against the budget of $30 million.

How Tall Is Imani Duckett?

Imani Duckett has a slim body build with a height of 5 feet and 6 inches, however, her weight is not mentioned on the internet. She is a hardworking actor and model who takes her career seriously, she follows a regular diet to maintain her health and figure. Imani is a gorgeous model with black colored eyes and black colored hair.