There are many people around the world who developed their careers in certain fields after receiving encouragement from their elders or well-wishers. And P. J. Byrne is one of them. He got inspired to pursue his career in acting with the support of his drama teacher. Although at first, he was unsure whether to start his career in acting or not, he eventually choose that field and has appeared in more than 100 movies and Tv shows in his career.

P. J. Byrne is an American actor who began his career in the acting profession when he was 27 years old that is in the year 2001. He is currently living happily with his family that includes his wife Jaime Nicole Padula and three children.

P. J. Byrne also known as Paul Jeffrey Byrne was born on December 15, 1974, in Maplewood, New Jersey, the United States in a respectable family. As of 2022, his age is 47 years old. P. J. holds American nationality and his zodiac sign is Sagittarius. His father's name is Paul Byrne while his mother's name is Emma Byrne. He spends his childhood in Maplewood. 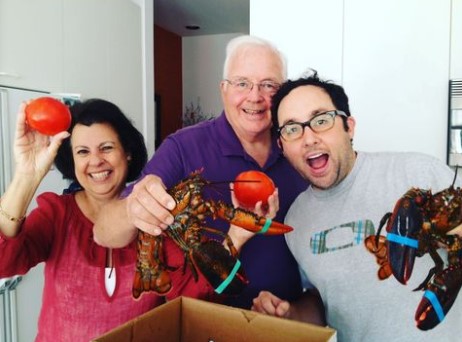 Regarding his educational background, he went to Northern Valley Regional High School to finish his school education.  After that, he enrolled at Boston College and graduated with a bachelor's degree in finance. Similarly, he completed his master's degree at DePaul University majoring in theatre arts. He initially intended to become an investment banker, despite his interest in acting. But afterward, his drama teacher advised him to pursue his acting ambition.

When Did P. J. Byrne Start His Career?

After completing his master's degree in theatre arts and receiving support from his drama teacher, he paved the way to start his new career as an actor. And in 2001 he began his professional career as an actor with the movie Spring Break Lawyer in which he portrayed Bill, Claxton's Aide. After that in 2003, he made his appearance in three TV series named Presidio Med as Dr Whitby, Haunted as The John, and ER as Ken the Kiosk Man. In the same year, he was featured in two movies which are 29 Palms and Blood Work.

He gained popularity after he starred in movies and Tv series like The Wolf of Wall Street as Nicky Koskoff (Rugrat) Big Little Lies as Principal Warren Nippal and The Boys as Adam Bourke. Similarly, he has also taken a role in three supernatural thriller movies like Countdown (2019), Eloise (2016), and Final Destination 5 (2011). Likewise, he will be seen in the movie Babylon as Ruth's AD which is going to be released on January 6, 2023.

According to the wiki, the wife of P. J.Byrne is Jaime Nicole Padula. According to her Instagram profile, Jaime Nicole Padula is the founder of Jaime Byrne Events which assists non-profit organizations in raising millions of dollars by utilizing current connections. P. J.Bryne and Jaime got married on July 8, 2007, and have been together since then. They respect and support each other profession.

The couple together has three children two daughters and one son. The name of their daughters is Madison Byrne and Libby Bryne while their youngest son’s name is Bear Byrne. 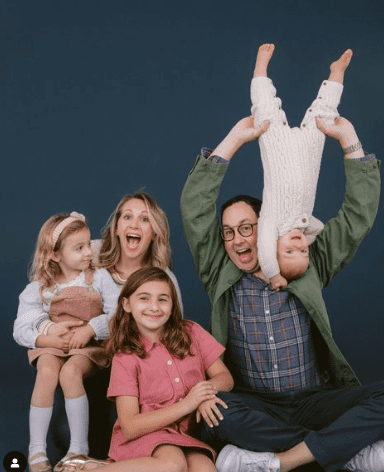 The pair welcomed their first daughter Madison Byrne on 31st August 2013. Likewise, their daughter Libby was born on 25th January  2017. P. J. first announced the birth of his 3rd child, a baby boy via an Instagram post on 13th November 2020.

Byrne always takes out time from his busy schedule to spend quality time with his family members which makes him a good husband and a father.

What Is The Networth Of P. J. Byrne?

According to idolnetworth, the net worth of P. J. Byrne is estimated to be around $10 Million as of 2022.  He makes a sizable amount of money through his outstanding and successful acting career.  His yearly earnings, salary, and other assets are also currently being examined. He is now enjoying a luxury lifestyle in Los Angeles with his wife and three kids.

What Is The Height Of P. J. Byrne?

P. J. Byrne stands at the height of 5 feet 9 inches and has a body weight of 90 kg. His facial shape is round and his skin complexion is white. His eyes colour is brown. He enjoys spending time at the beach. He is a fan of the Los Angeles Basketball ball team Clippers.