Everything in the universe has a good and bad side. Likewise being popular is both beneficiaries as well as disadvantageous. In the case of an actor, being famous is a good thing as one gets renowned, and receives love from the general public but on the bad side, he/she doesn’t have a private life and receives hate, false accusation, criticism, alongside being the headline of the news frequently. Florence Pugh is an English actress who has paved her way in the entertainment industry by facing all the negative and positive feedback from the media.

Her relationship with Zach Israel Braff had made quite a headline in 2019. Florence Pugh is a popular English actress who is renowned for her work in the 2018 Tv series The Little Drummer Girl in which she played the role of Charlie / Charmian Ross. Let's know more about Florence in this biography.

When Was Florence Pugh Born?

Florence opened her eyes for the first time on 3 January 1996 in the city of England called Oxford. Her age as of 2022 is 26 years old. She holds English nationality and is of white ethnic background. Florence's zodiac sign is Capricorn and she follows the Christian religion. Regarding her family member's details, her parents are Clinton Pugh (father) and Deborah Pugh (mother). 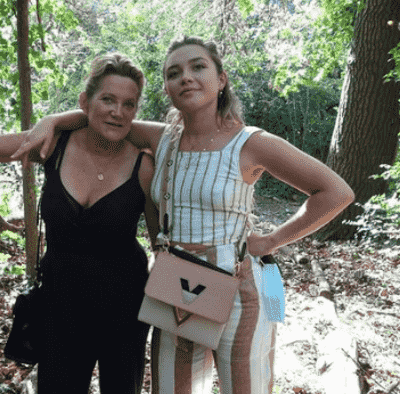 Florence has 3 siblings: two sisters named  Arabella Gibbins and Rafaela Pugh and one brother Toby Sebastian. Her father owns and runs a restaurant in Oxford while her mother is a dancer. Her two sisters are also actresses just like her and her brother is an actor as well as a musician. She attended Wychwood School followed by St Edward’s School to complete her school education.

What Is The Professional Career Of Florence Pugh?

From an early age,  Florence Pugh was incredibly passionate about acting and eager to pursue a career in acting. Hence, she auditioned for the role in the movie when she was 17 years old. And in 2014, she received her first acting job in the film The Falling as Abbie Mortimer. After that, she started appearing in different Tv movies and series annually. In 2015, she was featured in another TV movie called Studio City in which she portrayed Cat. 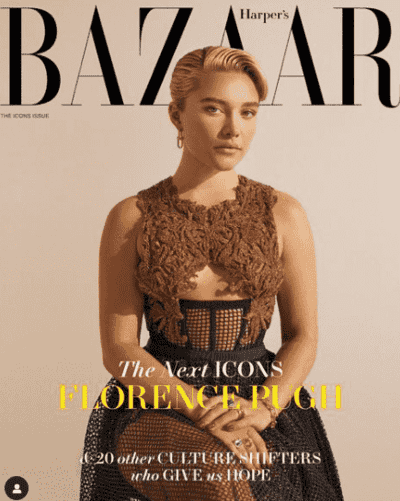 Then in 2016, she got her first role as Cara Thomas in the TV series Marcella. Moreover, she also made her appearance in other Tv series like The Little Drummer Girl as Charlie / Charmian Ross, Acting for a Cause as Jessica Goldman, and Hawkeye as Yelena. As of 2022, she will be featuring in the movie directed by Olivia Wilde called Don't Worry Darling as Alice Chambers  The film will be released all over the US on September 23, 2022.

Who Is The Husband Of Florence Pugh?

Florence is unmarried. So, she doesn’t have a husband. According to the wiki, in the past, she dated Zach Braff. Zach Braff is an American actor and director. Florence met Zach Braff when shooting for the 2019 film In the Time It Takes to Get There. She was the actress in the movie while Zach was the director of that film. They spend quality time with each other and started dating in 2019.

Since going public with their relationship the couple was frequently seen together at different gatherings and events. They also exchanged birthday wishes for each other wishing for long life and happiness. However, the public always had opinions about their relationship because Zach was 21 years older than Florence. Hence, they faced hatred and criticism from the public. And on August 16, 2022, during her interview with Harper Bazar, she revealed the news that she and Zach parted ways and are no longer together. So, as of now, she is single. Since she isn’t married and doesn’t have any children.

What Is The Net Worth Of Florence Pugh?

According to celebrity net worth, the total net worth of Florence is $8 Million. She earns a major part of her income from her career as an actress. Her acting career is flourishing day by day.  Her Instagram account has 7.9 Million followers.

What Is The Height Of Florence Pugh?

She stands approximately 5 feet 4 inches tall and weighs 57 kilograms. She has long, lustrous light brown hair and stunning pair of brown. She has a slim body type. Her waist size is 27 inches and her chest size is 34 inches and her hip size is 36 inches.