Sydel Curry is the only daughter and youngest member of the well-known athletic family. Former American volleyball player Sydel Curry is also a model, active mental health activist, YouTuber, and social media personality. She might not be as popular as her older brothers in the world of basketball but that is only because she is just getting started. There is a high chance that Sydel Curry will gain positive publicity in the coming years. So, this article will briefly introduce one of volleyball's most promising young players, Sydel Curry.

How Old Is Sydel Curry?

On October 20, 1994, Sydel was born to parents Dell Curry and Sonia Curry in Charlotte, North Carolina, in the United States. Her mother is a former volleyball player for Virginia Tech, while her father is a former player in the National Basketball Association. Talking about her age, She is a 27-year-old woman. She is of white ethnicity and belongs to the American nationality. Her zodiac sign is Libra.

She has two older brothers named Seth Curry and Stephen Curry. Both her brothers are well-known basketball players and have contributed much to the field of Basketball sport. She has no sister.

Where Did Sydel Curry Receive Her Education?

Sydel attended a Christian school in North Carolina. She chose volleyball and expressed her love for the sport there. She began playing volleyball for her school's team and served as its captain for three years. Later, she enrolled at Elon University after high school to pursue a degree in psychology.

How Did Sydel Curry Begin Her Professional Career?

Sydel used to play volleyball in the past. She has given a remarkable contribution to the field of volleyball. Sydel had to give up volleyball in 2017 due to an accident that resulted in her knee being dislocated. Despite having to give up volleyball, life provided her with some new opportunities. She runs the popular YouTube channel "A Curry Girl," which has a large following. She publishes films and videos about fashion, beauty, and lifestyle. She is a model as well. Additionally, Sydel is the host of the podcast "Because Life With Sydel " The major objective of her podcast is to normalize discussions about mental health.

Sydel is married to Atlanta Hawk star player Damion Lee. They ran into each other when both of them attended one of Seth Curry's basketball games for the first time. According to the wiki, Sydel was present in that game to support her brother while Damion was there to root for his friend who was also the player of that game. After that, they began communicating on Instagram, where they also swapped phone numbers. They fell in love right after realizing they were meant to be together. They spent quality time together for a few years and finally decided to get married. 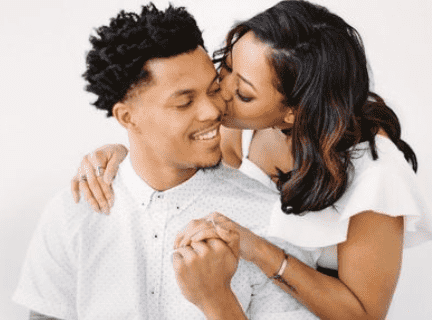 They tied the knot on September 1, 2018, with the blessings of elders and family members. The venue of their wedding was Charlotte Marriott City Center. They frequently share pictures of one another online, particularly on their Instagram account. They are now living a happy married life. Sydel curry is now living with her husband in a beautiful house that is frequently featured on her YouTube channel.

How Many Children Does Sydel Have?

The sweet duo recently welcomed a healthy boy on November 26, 2021, named Daxon Lee. Both Sydel and Damion announced the news of their pregnancy in June 2021 through their social media account. We can see the photo of the baby boy on their official social media accounts like Instagram and YouTube. 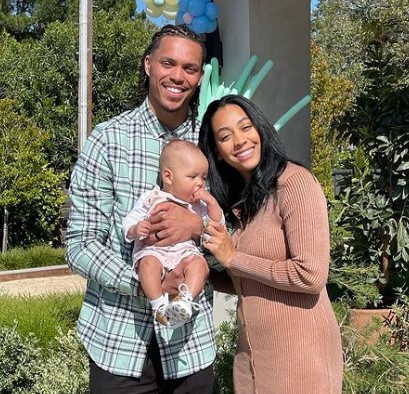 What Is The Net Worth Of Sydel Curry?

The popular social media user has enough money to support herself and leads a lavish life. She earns a significant portion of her income from her use of social media. Her net worth is estimated to be $300,000.

What Is the Physical Stats Of Sydel?

Sydel Curry is a stunning woman who stands at 6 feet 2 inches in height and weighs a healthy 55 kg. Her body measurements are 35B-35-26. Kayla has long, dark brown hair that falls freely and brown eyes. According to the research, she has the ideal figure for her body type.