Basketball is a field game where the team is the main component, they are the strength consisting of 5 players in each group. Basketball has become one of the most watched and preferred sports in recent, Damion Lee is the name everyone knows in Basketball.

Damion Lee is an American skilled basketball player who plays for the Phoenix Suns of the NBA (National Basketball Association) and recently won an NBA Championship along with the Golden State Warriors.

Who Are Damion Lee Parents?

On October 21, 1992, Damion Lee was born as a Libra to Dean Lee and Michelle Riddick in Towson, Maryland. Damion grew up with his mother and grandparents Samuel and Ruth Riddick in a house without his father in his childhood. Damion belongs to the black ethnicity. Damion does not have any siblings; he is an only child. Damion’s grandmother has been a great supporter of his basketball career. 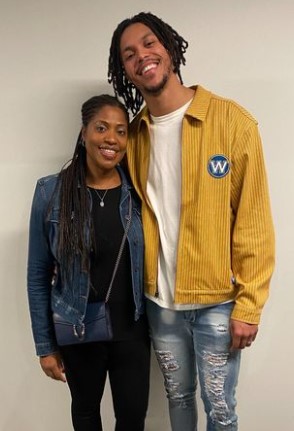 Where Did Damion Lee Get His Education?

Damion went to Calvert Hall College High School in Towson, Maryland for his early education. Then enrolled at St. Thomas More located in Oakdale, Connecticut. Damion has a degree in general humanities and social science from Drexel and has a major in special education from Louisville. Damion was a kind kid who had an interest in Sports more than in books.

What Are The Career Peaks of Damion Lee?

Damion Lee started playing basketball in his college years, he became a member of the 2011-12 Drexel Dragons Men’s Basketball Team in his freshman years where he was a Point Guard. Damion made an impressive start in his college year and was given the name Colonial Athletic Association Rookie of the year. Damion was also named on the CAA All-tournament team for his performance in Drexel’s three tournament games. During the third season, Damion got a redshirt for his junior year because he suffered a torn ACL in a match against Arizona.

On February 21, 2015, Damion faced a fracture in his right hand which made him permanently end the 2015 season. Then on March 30, 2015, Damion decided to leave Drexel university for his fifth and final college year season and joined Louisville under the supervision of head coach Rick Pitino. From there he made his way through to becoming an NBA draft. Damion joined the Miami Heat for the NBA summer league of 2016. In September, Damion was signed by the Boston Celtics. In October, Damion was selected by Maine Red Claws as an affiliate player of the Celtics. 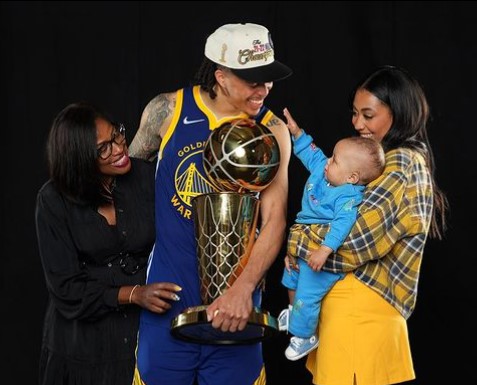 In 2017, Damion joined the Santa Cruz Warriors of the NBA G League but after a year he was signed by Atlanta Hawks on April 2 for the rest of the season. In 2018, Damion was signed by Golden State Warriors in a two-way contract, which made him come back to Santa Crus Warriors, later the contract again was re-singed in 2019.

Who Is Damion Lee Married To?

Damion Lee is married to Sydel Curry on September 1, 2018, in the Charlotte Marriott City Center. Sydel is a social media influencer who shares recipes, and gift ideas promoted brands, etc. Damion’s wife has always been surrounded by basketball but she was not interested in making it a career. Sydel’s father is Dell Curry and her brother is a basketball legends, Seth Curry, and Stephane Curry. Damion and Sydel have children together, a son named Daxon Wardell-Xavier Lee who was born on November 26, 2021. in an interview with the People, Damion and Sydel talked about their nursery and family. 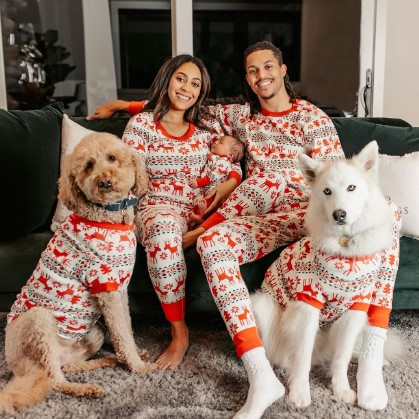 Damion’s wife also has a podcast called Because of life with Sydel where she has a conversation about mental health and its importance. Sydel argues on topics such as anxiety, how to navigate through mental problems, and more. Sydel also owns a YouTube channel where she shares her personal life and talks about skincare advice and travel cosmetics.

Discover: Cameron Payne Dating Or Married? His Family & Net Worth

What is Damion Lee’s Net Worth?

Damion Lee has a Net worth of $5 million with an estimated yearly salary of $1.9 million during his basketball career. Damion is available on social media and has 298k followers on Instagram and 48.2k followers on Twitter as per the wiki. Damion has a successful basketball career and is ranked as top 10 best players.

How Tall Is Damion Lee?

Damion Lee has a towering height of 6 feet 5 inches and weighs 95kg at the age of 30. Damion has black eyes and black dreadlocked hair.