Professional boxing also known as prizefighting is experts fighting for a purse that is divided between the boxers as per their contract. It is one of the oldest and most watched sports in history. Oleksandr Usyk is a renowned persona in boxing, who has an incredible boxing record worldwide.

Where Was Oleksandr Usky Born?

On 17 January 1987, Oleksandr Usky was born a Capricorn to his parent in Simferopol, Crimean Oblast, Ukrainian SSR, Soviet Union. Oleksandr’s parents were originally from northern Ukraine. Oleksandr’s mother was born in the Chernihiv region whereas his father was from Sumy. Oleksandr’s dad worked in the army and now is working as a security guard in Crimea and his mom worked in construction. Oleksandr is the older child and has two siblings. For his education, Oleksandr went to Lviv State University of Physical Culture and got his graduation. 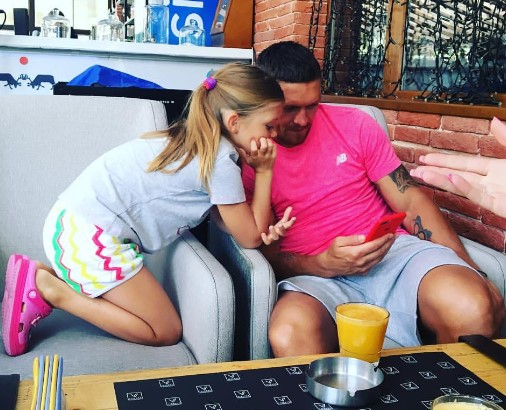 What Are The Career Peak of Oleksandr Usky?

Oleksandr Usky was a football player at the age of 15 went to SC Tavriya Simferopol, a specialized sports school of Olympic Reserve but later switched to Boxing.

In the 2006 European Championships, Oleksandr won his first three matches and lost against Matvey Korobov in the Finals. From there, Oleksandr went to light-heavyweight and won himself the Strandja Cup the following year.

From his successful amateur career, Oleksandr moved to Heavyweight and won the title, and got qualified for the 2012 Olympics. During which, he won a gold medal in London by outscoring Artur Beterbiev, Tervel Pulev, and Clemente Russo in the finals.

In 2013, Oleksandr signed a contract with Klitschko Brother for K2 promotion and fought in the cruiserweight division. Oleksandr made his professional debut by winning over the Mexican fighter Felipe Romero on November 9, which made him a topic to talk about in many countries. From there Oleksandr started his winning strikes and won over Argentine Cesar David Crenz.

In 2014, 4 October, Oleksandr ranked up his position by winning his first title by defeating South African Boxer Daniel Bruwer. In 2016, Oleksandr went on to challenge the undefeated Polish Boxer Krzysztof Głowacki for his WBO cruiserweight title. The fight between Oleksandr and Głowacki was previewed live on Sky Sport in the UK.  Oleksandr won the match and made his opponent bleed and injured during the match. Oleksandr then went to fight Michael Hunter at the MGM National Harbor in Oxon Hill, Maryland. 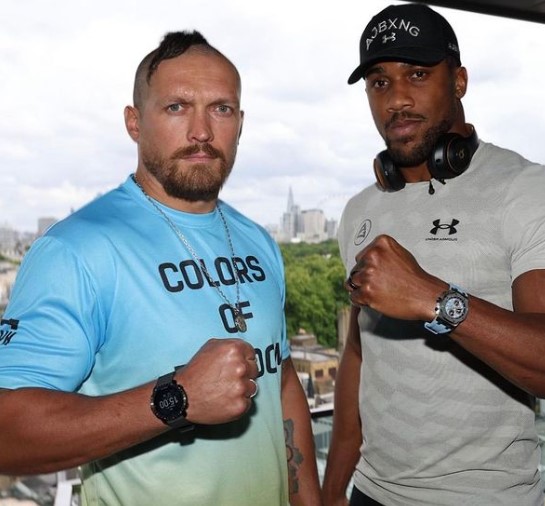 His recent fight was with Anthony Joshua, unified heavyweight champion which was later scheduled for a rematch in 2021. On 29 September 2021, Oleksandr went to defeating Anthony and became the unified world heavyweight champion. The match was again re-scheduled for 2022 but due to the Russian Invasion of Ukraine, Oleksandr went to Ukraine and joined a territorial defense battalion to support his country and fight for it. He also tried to stop the invasion by posting a video online and requesting Vladimir Putin to stop the war which did not work. Later with the support of his family and the mayor of Kyiv, Oleksandr started getting ready for the rematch.

Oleksandr Usky is married to Yekaterina also known as Kateryna Usky since 2009. Oleksandr’s wife keeps her life very private and does not share too much with the media. They have three children together, Kyrylo Usky, Mykhalio Usky, and Yelizaveta Usky. 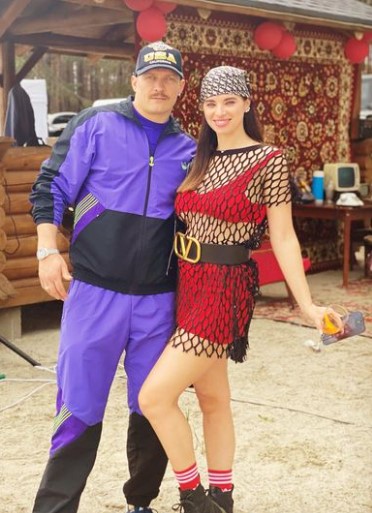 After the attack of Vladimir Putin on Ukraine, Oleksandr lost a great deal of his possession and had to leave their house when Putin’s troops tramped the areas in Vorzel, Bucha. The children were terrified of Putin’s terror.

What Is Oleksandr Usky Net Worth?

Oleksandr Usky is one of the greatest Ukrainian boxers in history till now. As of the wiki, Oleksandr has an estimated Net worth of $4 million with his professional and stunning boxing career. Oleksandr is also available on social media where he shares his opinions and interacts with his fans, and has 1.8 million followers on Instagram, 592k followers on Facebook, and 363k subscribers on YouTube with 21 million views.

How Tall Is Oleksandr Usky?

Oleksandr Usky has a well-trained and exercised athletic body and physic with a towering height of 6 ft 3 inches and weighs 98kg. Oleksandr has multiple tattoos on both of his hands and has short-chopped dark brown hair with blue eyes and an affable smile.