Golfing is a sport that was not that famous or watched by the public because it was considered a rich people’s game. But a great player can make both the game and his country known. Rory Mcilroy is such a player who made golf famous worldwide with his amazing skills. Today it’s not a rich person’s game now, Golf is considered a game for everyone with skill and wants to play.

Rory Daniel McIlroy known as Rory McIlroy is a professional and expert golfer who plays for Northern Ireland. Rory is an award-winning player and is known for his swings while playing on the field.

Who Are Rory McIlroy Parents?

On May 4, 1989, Rory McIlroy was born as a Taurus to Gerry McIlroy and Rosie McIlroy in Holywood, County Down, Northern Ireland. Rory’s father is himself an excellent golfer, he taught Rory to golf as his coach. Rory was highly influenced by his dad, he would take a golf club he got from his father as a present to his bed at night. Rory’s parents were huge supporters of him, his father turned down many job opportunities to give Rory golfing time and his mother worked twice as hard by doing extra shifts at the 3M plant. 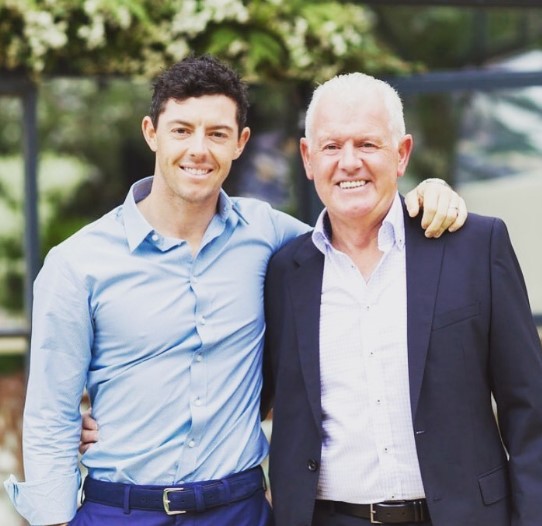 Where Did Rory McIlroy Receive His Education?

Rory McIlroy went to St. Patrick Primary School for his primary education and then joined the Sullivan Upper School located in Hollywood, Belfast. That’s where Rory started his golf education. Later in 2004, Rory was granted a college golf scholarship from East Tennessee State University but he did not join the university to continue his amateurish golf career in Europe.

What Are The Career Peaks Of Rory McIlroy?

Rory McIlroy had been interested in playing golf since a young age. Rory is now a member of both European and PGA Tours and was able to be the world’s number one in the official world golf ranking. Rory is one of three players to have won four majors those are 2011 U.S. Open, the 2012 PGA Championship, the 2014 Open Championship, and the 2014 PGA Championship by the age of 25. 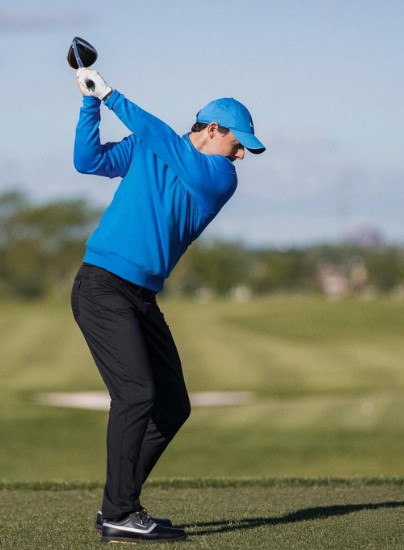 Rory was able to have a successful amateur career as a 17-year-old and turned out to be a professional player on the European Tour in 2009. At the age of 22, in 2011, Rory became the youngest golf player to reach £10 million in the earning factor of a European tour and went to turn out to be the earliest player to earn $10 million on the PGA Tour.

Whom Is Rory McIlroy Married To?

Rory McIlroy is married to Erica Stoll in April 2017 in a lavish wedding conducted at the 13th century Ashford Castle in County Mayo, Ireland. They got engaged on a holiday in Paris in 2015 and walked off as friends which turned into dating. His wife worked at PGA of America Employee a work she was headed for after her graduation. 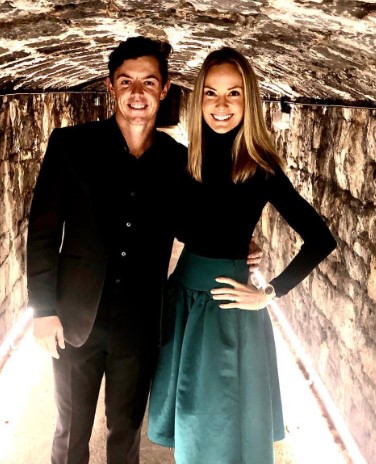 Erica and Rory met at the 2012 Ryder Cup, where she arranged a police escort for Rory so that he can reach the golf course on time because he overslept. Rory and Erica have children, a baby girl named Poppy Kennedy McIlroy, born on August 31st, 2020, at 12:15 pm. Rory shared the good news with the world through his social media post which was a black and white photo of his daughter holding his fingers.

Prior to meeting his life partner Rory dated his childhood friend Holly Sweeney with whom she lived at his home near Belfast from 2003. The relationship did not last long and they broke up in 2011. The reason for Rory and Holly’s split was his interest in Caroline Wozniacki. Rory then dated Danish tennis player Caroline Wozniacki in 2011 while he was still with Holly. Rory and Caroline got engaged on December 31, 2013, but the engagement was called off just after the public announcement.

What Is Rory McIlroy’s Net Worth?

As of the 2022 wiki, Rory McIlroy has an estimated Net Worth of $170 million with major income sources i.e., being a professional golfer, and endorsement for brands. Rory has endorsed brands such as Nike, Jumeirah group, EA Sports, Bose music, and Titleist. Rory has also appeared in ad campaigns for Manchester United Star Wayne Rooney. Rory has also done tv advertisements such as Omega Watches, and FedEx Playoffs Tour Championship by Coca-Cola.

How Tall Is Rory McIlroy?

Rory McIlroy has an Athletic body with a height of 5 ft 8 inches and weighs 73 kg. Rory has hired Steve McGregor for his physical fitness regiment as a trainer. Rory has dark brown curly hair and dark brown eyes.