Today’s world has become very competitive. There is competition everywhere. We can see many people competing with each other to get fit in one particular post. Among various people, Vinny Guadagnino is one. He is striving for recognition in the Hollywood film industry.

Vinny Guadagnino aka Vincent J. Guadagnino is an aspiring actor and reality television personality from the USA. He gained recognition after appearing in the MTV TV series Jersey Shore from 2009-2012.

What Is the Age Of Vinny Guadagnino?

Vinny Guadagnino was born on November 11, 1987, in Staten Island, New York, United States. He belongs of American nationality and his zodiac sign is Scorpio. He is 34 years old at the date of writing this biography. Regarding his parents' information, his mother's name is Paula Guadagnino. He has kept the name of his father private. When he was a kid, his mom and dad got separated and he was raised by his mother.  As for his siblings, he has two sisters whose names are Antonella Guadagnino and Mariann Guadagnino. He grew up in a family of women. 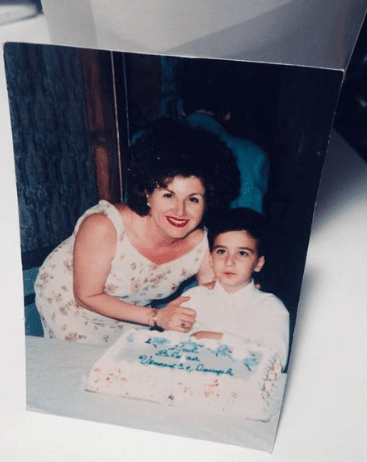 Similarly, he attended Susan E Wagner High School for his high school education and later enrolled at the College of Staten Island.

What Is The Professional Career Of Vinny Guadagnino?

As mentioned in the above paragraph, Vinny Guadagnino is an actor and a TV personality. He started his career as an actor in 2009. In 2009 he appeared in the movie The Gate of Fallen Angels as Carlo Sanz. In the same year, he was given a role in the MTV television series Jersey Shor and was featured in all six seasons of that Tv show from 2009 to 2012.

After that, he enrolled himself in an acting class to improve his acting skills. In 2011, he also starred in the TV series The Hard Times of RJ Berger in which he played the role of Cousin Vinny. Additionally, he appeared as a poker-playing celebrity in an episode of the 90210 Tv series. He has also made an appearance in the 2012 film Jersey Shore Shark Attack. 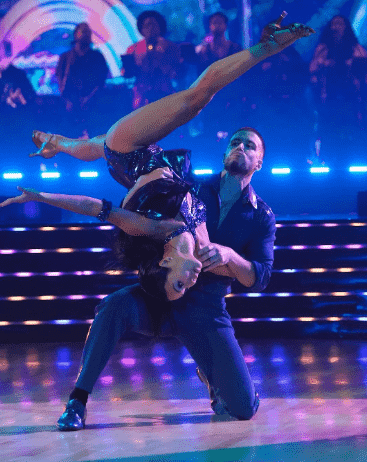 \Moreover, he has participated in reality Tv shows like The Masked Dancer (in  2021) and  Dancing with the Stars  (in 2022). He is also a writer of a book named Control The Crazy: My Plan To Stop Stressing, Avoid Drama, and Maintain Inner Cool.

Who Is  The Girlfriend Of Vinny Guadagnino?

As of 2022, Vinny is single and is not dating anyone. But that doesn’t mean that he hasn’t dated anyone. He has dated a couple of women till now. Vinny Guadagnino supposedly dated Romona in 2010. He then began dating Melanie Iglesias in 2012.

While he was with Melanie, he made a number of red carpet appearances with her so fans believed their relationship might be going strong. However, in 2014, after two years of dating, they split up. Melanie accused Vinny of cheating on her on Twitter after their breakup. But according to him, nothing like that happened between them and she is just making it a big issue.

Similar to this, Vinny was dating model Elicea Shyann in 2017 when he was filming for Jersey Shore. They dated for a year before calling it to quit. He claimed that the long distance might have been the cause of their breakup since she is from California and he lives in New York.

Rumors were there that he was linked with the two contestants from the Double Shot at Love reality show who are Alysse Joyner and Maria Elizondo. He was also spotted with Francesca Farago, the star of Too Hot to Handle many times in July 2020. Both Francesca and Vinny were caught posting flirtatious comments back and forth on Instagram, which gave followers hope that they were dating. But, he is not currently involved with Francesca since she is seeing Demi Sims.

What Is The Net Worth Of Vinny Guadagnino?

Vinny Guadagnino has a net worth of $5 Million. He is an actor and reality TV personality by profession and is earning a huge sum of money from this career. Similarly, he founded his own clothing brand called Name Brand NYC in 2018 and is earning from there too. He has huge followers on his social media account in his Instagram account there are 4.2M millions and 2.7 M followers on his Twitter account. As of now, he is spending a lavish lifestyle with his career earnings.

What Are The Physical Stats Of Vinny Guadagnino?

According to the wiki, Vinny is a tall man and stands at the height of 5 feet 8 inches which is 1.61 meters. He weighs around 80kg. He has an athletic figure with six-pack abs. He has short black colored hair.