Reality shows have now become a platform for new talents to emerge. From dancing, and singing to cooking almost everything has now its own separate Tv reality show. These reality shows have built careers for many people but not everyone is cut out for these competitions. Almost 10-15 people are selected in the beginning but only one becomes the winner. Today we are talking about Jordin Sparks, who rose to fame on an American Tv reality show called American Idol.

Jordin Sparks Thomas known as Jordin Sparks is an American Singer and actress well recognized for winning the 6th season of American Idol at the age of 17 and making history by becoming the youngest winner.

Who Are Jordin Sparks Parents?

On December 22, 1989, Jordin Sparks was born as a Capricorn to Phillippi Sparks and Jodi (née Weidmann) Sparks in Phoenix, Arizona. Jordin’s father was a professional American Football player. Jordin is of mixed ethnicity and is of African-American descent from her father’s side whereas her mother is of German, English, Scottish, and Norwegian Descent. As for siblings, Jordin has a younger brother named Phillippi Sparks Jr. who also is a football player for Arizona Christian University. 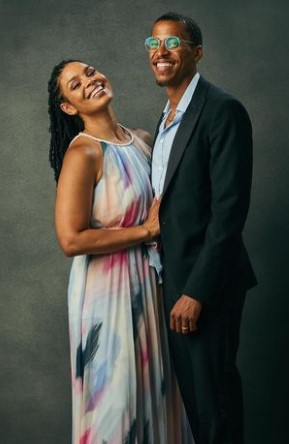 Jordin went to Northwest Community Christian School until class 8 in phoenix. As for her freshman years, Jordin joined Sandra Day O’Connor High School and then was home-schooled to have a better focus on her singing.

What Is Jordin Sparks Famous For?

Jordin Sparks rose to fame by making history by becoming the youngest winner of American Idol in 2007. After that huge success, Jordin never looked back and kept on climbing the success ladder. She toured with Micheal Whitaker Smith in 2006 and appeared with Alice Cooper in a Christmas Show. Jordin’s coronation song of American Idol hit number 15 on the Billboard Hot 100 chart.

In August same year, Jordin made her first single debut ‘Tattoo’ which reached 8 number on the Billboard Hot 100. Her songs such as Right Here Right Now, Jordin Sparks, Cider & Hennessy, Battlefield, Bye Felicia, Sounds Like Me, For Now, I Am Woman, One Step at a Time, and This Is My Now was a hit.

Jordin also performed in tv shows such as CSI: Crime Scene Investigation, Left Behind, Sparkle, The Grace of Jake and Dear Secret Santa, and more. recently, Jordin announced she will be competing in the dance reality show Dancing with the Stars. Jordan Sparks revealed that she wants to inspire her son and he is the reason why she joined the reality show DWTS.

Whom Is Jordin Sparks Married To?

Jordin Sparks is married to Dana Isaiah Thomas since July 2017. Her husband is a fitness model in Hawaii. Talking about their children, the couple has a son named Dana Isaiah Jr who was born on May 2, 2018. They have a strong relationship and have been there for each other in all the ups and downs. 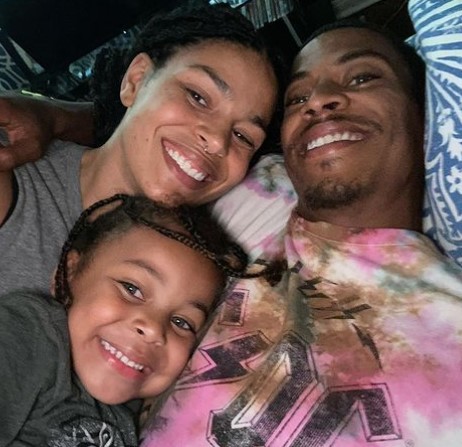 Jordin dated the rapper Sage the Gemini in 2015 but they did not last long and broke off the same year. Jordin dated singer Jason Derulo in August 2011. They were together for about three years before parting their ways in September 2014. There also was a rumor that Jordin dated her partner on American Idol Blake Lewis in late 2006.

What Is Jordin Sparks Net Worth?

As of the wiki 2022, Jordin Sparks has an estimated Net worth of $8 million with major income sources being singing and songwriting. Jordin is managed and represented by Varela Media, Public Relations Agency located in New York, US. Jordin has worked with many Music Labels such as Louder Than Life, 19, Jive, RCA, RED Associated Labels, and Legacy. Jordin has also endorsed brands including Fascinate and Ambition Perfumers. Jordin is active on social media and has 1.18 million subscribers on YouTube, 9.1 million followers on Facebook, and 1.9 million followers on Instagram.

How Tall Is Jordin Sparks?

Jordin Sparks has a height of 5ft 10 inches and weighs around 64kg. Jordin is health conscious and had a personal trainer when she joined the Jonas Brothers tour in 2009. Jordin climbs mountains and does yoga to keep herself calm and healthy. Jordin is an attractive woman with blessed vocals, dark brown eyes, and black hair.