Daniella Karagach is a professional dancer who began studying ballet at an early age. She also won the 2007 Junior II 10 Dance with her dance partner Leonid Juashkovsky.

Being active as a dancer from an early age, Daniella is now Dancing With The Stars Pro and she won DWTS season 30 with her celebrity partner Iman Shumpert, the American basketball player. This is also the first win of Daniella in her DWTS journey.

Here let’s deep dive into the wiki-like bio of Daniella and know all from her married life, partner, husband, to plans to have kids, family, age, height and earnings.

Daniella Karagach tied the knot with the fellow DWTS pro, Pasha Pashkov. Daniella and Pasha first began dancing together after they partnered in January 2009. Although their big age difference, their coach suggested they be partners as Pasha’s previous partner had gone to DWTS and he was looking for a new partner.

Their coach regarded them as the right partner even though Pasha was a top dancer and Daniella was a young dancer. Despite their age gap, the pair managed to pull off well with their talents and in the same year, they were chosen to represent the U.S. at the 2009 World Games in Taiwan. 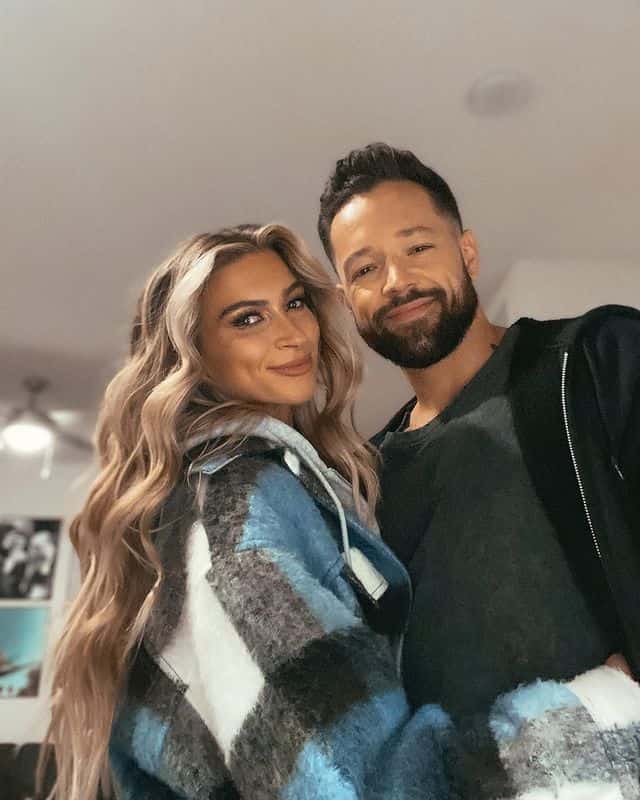 After then they competed and won several championships together which includes being the 7-time United States 10-Dance Champions and Latin Champions. They also represented the U.S. in several world dance championships in Spain, Austria and in Germany. The duo also joined Dancing With The Stars around the same time.

Their love life began a year after being professional partners and the duo tied the knot on 18th July 2014.

Her husband Pasha is a Russian pro dancer who began his dancing career just at the age of 11. Together with her husband, the pair also launched a platform to help couples for preparation of their wedding dances named WeddingDance.School in 2020.

Being married for around 7 years as of 2021, their love life seems to flourish with each passing year.

The happily married couple, Daniella and Pasha do wish to have kids but as of now, they are focused on their career.

Daniella Karagach began her journey as a professional ballroom dancer on Dancing With The Stars (DWTS) season 28 but she did not have a celebrity partner. However, later in DWTS season 29, she was partnered with Grammy-award winning rapper, singer and entrepreneur Nelly. Daniella and her celebrity partner Nelly secured 3rd place in the show.

Read Further: Is Alan Bersten Dating Or Married? His Family & Net Worth

As of now, Daniella was partnered with American professional basketball player Iman Shumpert for the DWTS season 30 and the pair are the newest Mirror Ball champion. Being winners of DWTS season 30, Daniella and Iman outshone their fellow competitors with a routine that combined a cha-cha and a foxtrot.

As a professional dancer and DWTS pro, Daniella Karagach accumulates a net worth of about $900 thousand.

Daniella Karagach was born as Daniella Brittany Karagach on 26th December 1992 in Brooklyn, New York to father Mark Karagach and mother Regina Yvette Karagach. Daniella’s parents were immigrants of Moldova. Her parents got divorced a year after Daniella was born so, she was raised by her single mother. Later, her mom remarried to Arie Zurinam and Daniella has a younger step-sister named Ariana Zurinam from her mom’s side. As per the wiki, her mom Regina is a psychologist who worked as a Guidance Counselor at the New York City Department of Education and also went to the City University of York. Furthermore, it is said that Daniella also studied Childhood education major at the Staten Island College Campus.

Talking about the physical attributes of Daniella, she is 5ft 7in tall in terms of height and her weight is around 58 kg ( 126.86 lbs).