Dreaming about being a reporter from a very young age, Eva Pilgrim has turned her dream into a reality.

Eva can be seen covering a breaking news story for ABC News and co-anchoring the weekend edition of “Good Morning America”.

As of now, Eva has good news to share with her audiences. Eva is now a mother of a daughter.

Dig into the article further to know more!

Journalist Eva Pilgrim is happily married to her boyfriend turned husband, Ed Hartigan. Eva and Ed first met at their mutual friend’s wedding in Miami. But they became closer and got to know each other better after ABC News sent Eva to London for an extended assignment. Her partner Ed lived in London. Eva and Ed began dating soon after knowing each other better.

As love blossomed between the two they decided to get married eventually. However, due to the busy schedule of Eva, the pair decided to tie the knot legally in November 2019 ahead of their early fall wedding in 2020. They even had planned a destination wedding in Ireland but the Covid pandemic had other plans and their nuptials were put off until 2021.

They were planning to conduct an intimate destination wedding at Harbour Island in the Bahamas but in the end, they conducted their wedding at the New York City Hall. 2 days later of their wedding they welcomed a French bulldog into their family whom they named ‘Walter’. Eva’s husband Ed Hartigan works in advertising and marketing and is the director of digital marketing and media services at Moravia. He has over 15 years of experience in this industry and prior to Moravia, Ed worked at a marketing agency named ‘iProspect’.

Additionally, her husband Ed belongs to half-Irish and half-Engish descent.

She then shared the amazing news on her Instagram where she posted her picture. The duo is super excited and overwhelmed as they are soon to be parents to a baby girl. 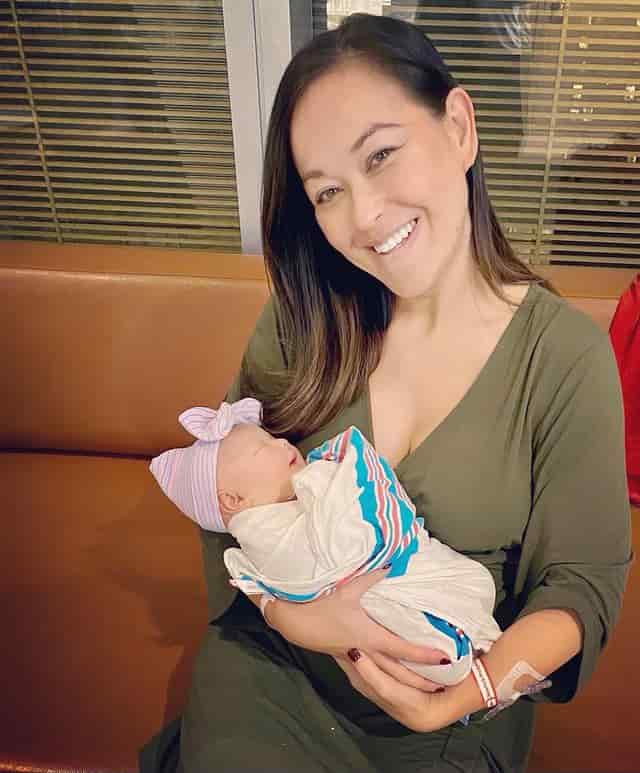 Eva Pilgrim gave birth to their daughter Ella on 30th September 2021 and shared the sweet news via her Instagram on 1st October 2021.

Eva who is famous for working in “Good Morning America” and “ABC News Nightline” used to idolized Asian American journalists like Connie Chung, Juju Chang, and Ann Curry while growing up.

During her college, she wrote web stories for WIS-TV until 2004. According to her LinkedIn profile, she then joined WVVA as a morning anchor for 2 years.

Eva then landed as the co-host for “Good Morning America” and also became the ABC News correspondent.

Eva Pilgrim is estimated to have accumulated a net worth of about $1.5 million as a journalist.

Eva Pilgrim was born on 31 August 1982 in Seoul, South Korea to mother In-Sook Gayle and father Tim Pilgrim. Her father Tim Pilgrim grew up in South Carolina and used to serve in the Army while her mother In-Sook Gayle works at a nursing home. After Eva was born her family moved to various places and finally settled in West Columbia When Eva was in 3rd grade her family.

Eva’s maternal grandmother had escaped from North Korea to Seoul but her family barely spoke about it. Eva used to call her grandmother “my Halmony” which is a Korean word for grandmother. Sadly, Eva’s grandma passed away when she was in elementary school.

Eva has two younger siblings, a sister named Sherry and a brother named Sean. Eva grew up in Springdale.

According to the wiki, Eva went to Airport High School in West Columbia where she was an overachiever, a leader in several clubs, and also the editor of the school newspaper. She then gained her bachelor’s degree in journalism and mass communication from the University of Florida and later earned a master’s degree from the University of South Carolina.

Eva holds Korean-American nationality and comprises of mixed ethnicity as her mother is South Korean while her father is American. She celebrates her birthday on 31 August and her zodiac sign is Virgo.

Talking about her height, Eva stands tall at the height of about 5 feet and 7 inches which is around 1.73m.