Who Are Keke Palmer's Siblings? Details On Her Family & Parents

Home > Entertainment > Who Are Keke Palmer's Siblings? Details On Her Family & Parents

Lauren Keyana, also known as Keke Palmer, is a singer, actor, rapper, composer, and tv personality from the United States.S he has released a popular album called  So Uncool. She has also appeared in a number of movies and TV episodes, including Barbershop 2, Back in Business, Akeelah and the Bee, Single Ladies, Cardi Tries, The Proud Family: Louder and Prouder, Berlin Station, etc.

Despite the fact that Keke Palmer has been singing for a long time, many people know her for her outstanding acting skills. Her roles in movies and television shows have contributed to that. Similarly, she has also co-hosted with Strahan Sara & Keke, an ABC talk show which was previously hosted by Michael Strahan and Sara Haines.

Who Are Keke Palmer's Parents?

On August 26, 1993, a Christian family gave birth to Keke Palmer. Her mother's name is Sharon Palmer, and her father is Larry Palmer. Her parents first met each other while they were at drama school. Both of her parents had been working as actors prior to entering full-time occupations. Her mother is a high school teacher who teaches students with autism, while her father is employed in the polyurethane industry. Her father also performs volunteer work as a deacon in a Catholic church.

Discover: Who is Alex Wagner's Husband? Insight Into Her Married Life & Partner 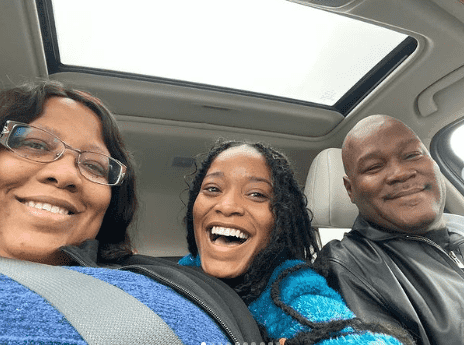 Her family has been very supportive of her career and she always expressed gratitude to her family. When Keke expressed a desire to become an actor, they encouraged her. While in conversation with Sheinelle Jones, her mom revealed that Keke's childhood was far from the luxuries of Hollywood and she never had thought that her daughter would go to star in more than 50 movies and tv shows when she grows up.

Her parents relocated to California in order to support her in pursuing her acting and music career. In addition, Keke's mother supervises her and plays a significant role in both her personal and professional life. In a Doctor OZ episode, Sharon admitted that she originally struggled to strike agreements for Keke with people who were more knowledgeable than she was, but Keke's optimism pushed her forward.

Disover: Is Brian Stelter From CNN Married? Who Is His Wife?

Who Are Keke Palmer's Siblings?

Keke isn’t the only child of her parents. She has one older sister named Loreal Palmer. Her younger siblings are Lawrence Palmer (brother) and  Lawrencia Palmer (sister). According to Keke Palmer,  the name Keke was given to her by her older sister Loreal. Loreal is the mother of two daughters and one son. Loreal gained notoriety after appearing on the reality TV program Claim to Flame, which premiered on July 11, 2022. 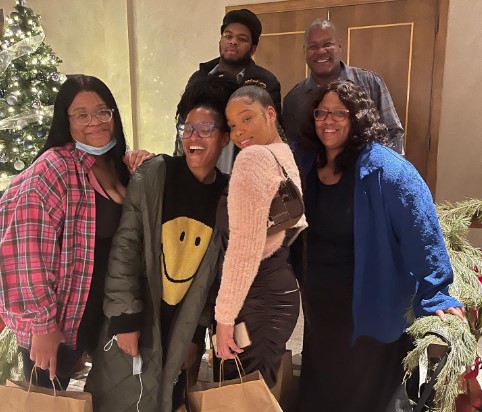 Also Find Out: Who Are Rachel McAdams Parents? Does She Have Siblings? Her Family Insights!

Likewise, her two younger siblings Lawrence and Lawrencia are twins who were born in 2001. They are 7 years younger than Keke. Lawrencia is a political science student. These four siblings have a lot of love and affection for one another. The Palmer siblings, frequently post photos of each other on their Instagram.