Baseball is a sport that consists of a bat and a ball with two teams of nine players each. There are many positions according to which players and their role is divided. Today we are discussing, Jackie Bradley Jr. who is a baseball right fielder, who plays defense in the right field.

Jackie Bradley Jr. mostly nicknamed JBJ is an American professional baseball right fielder who is a free agent, an eligible player who can sign with any other club or franchise and is not under contract to any specific team.

Who Are Jackie Bradley Jr.’s Parents?

On April 19, 1990, Jackie Bradley Jr was born to Jackie Bradley Sr and Alfreda Bradley in Richmond, Virginia. Jackie’s Zodiac sign is Aries. His father worked as a bus driver and his mother was very supportive of his baseball career. Jackie is a single child and does not have any siblings.

For education, Jackie went to Prince George High School in Virginia and was listed as the 40th best Virginia-based baseball prospect for the 2008 major league and was named on the 2008 Virginia AAA All-state team. Later Jackie enrolled in the University of South Carolina, where he began his amateur career with South Carolina Gamecocks baseball in 2009.

How Did Jackie Bradley Jr. Start His Career?

During his high school and college years, Bradley started his baseball career but for his professional career, Jackie debuted on the Lowell Spinner with Class A short season on August 23, 2011, hitting .250 in 7 games split against Greenville Drive. For his great performance, Jackie was named minor league defensive player of the year by the Red Sox Organization in the 2012 season. In 2013, Jackie ranked 32nd on MLB.com in the Top 100 prospects list and his jersey number is 19 for Red Sox. 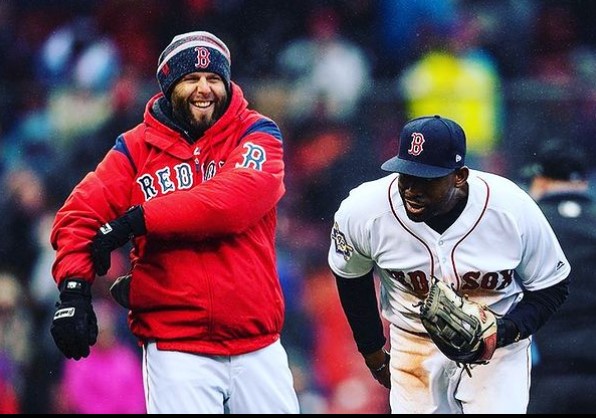 The same year, Jackie won over the New York Yankees in the Red Sox field with 8-2. Jackie appeared in 37 games for the Boston Red Sox and they went to win the world series in the finale against the St. Louis Cardinals. The following year in 2015 Jackie distributed his time between Boston and Pawtucket. On August 15, Jackie became the only 8th baseball player in the modern era with five extra-base hits in one game. In 2016, Jackie earned AL Player of the Month recognition for his excellent performance in May. In 2017, Jackie fell to the ground and suffered a sprain to his right knee, and on august 22, he injured his thump during his slide toward home plate. This year, Jackie lost the match to Houston Astros in the Division series. In 2020, Jackie played as Boston’s primary center fielder and was elected free agency on October 28. Now, Jackie has been released from Red Sox with the remaining last two final months with them.

Who Is Jackie Bradley Jr. Married To?

Jackie Bradley Jr. is married to Erin Helring Bradley, also known as Erin Bradley on December 7, 2013, in Colonial Heights, Virginia. His wife is a liberty university alumnus. Erin and Jackie met during high school and started dating each other.

Find Out: Is Adam Duvall Married? 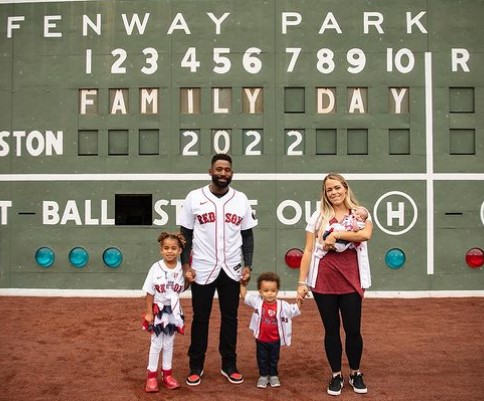 The couple has three children together, a daughter Emerson Claire Bradley who was born on June 2, 2016, a son Jackie Bradley III also known as "Jax" born in December 2020, and another baby girl named Elle born in June 2022.

What Is Jackie Bradley Jr Net Worth?

How Tall Is Jackie Bradley Jr.?

Due to his career or profession, Jackie maintains athletic physic and has a height of 5 feet and 10 inches and weighs 91 kg at the age of 32. Jackie is a tough and family man with black eyes and hair, he does an ‘MS’ signature in the dirt before each bat to honor his best friend Matt Sayer who had an unfortunate death in an accident.