The tagline ‘Stay true to yourself, stay true to your dreams, and don’t listen to the noise’ is the perfect resemblance of this man, Kevin Durant who never let his dreams down despite all the pain, stress, and hurdle he went through his life. Kevin never backed down or left the ground because of his problems, instead, he stood there and fought all his fear, and today Kevin is one of the highest earning basketball players, a great sportsman, and an example to all those kids dreaming to become a sportsman.

Kevin Wayne Durant known as Kevin Wayne is a professional basketball player who plays in the power forward/small forward position for the Brooklyn Nets of the National Basketball Association. Kevin goes by many nicknames such as KD, Durant, The Durantula, K-Dog, and The Second Coming by his friends and Family.

Who Are Kevin Durant’s Parents?

On September 29, 1988, Kevin Durant was born to Wanda Durant and Wayne Pratt in Washington, D.C. Kevin’s parents had a complicated relationship, his father left them when Kevin was an infant and later returned when Kevin was 13 years old and traveled along him to his basketball tournaments.

Kevin’s father and mother got divorced after he vanished from their life. Kevin has three siblings, a sister Brianna, and two brothers, Tony and Rayvonne. Kevin and his siblings were raised by their mother and grandmother Barbara Davis, who was a moral supporter of Kevin. She taught him that his towering height was a blessing as he was bullied in his school and by friends.

Where Did Kevin Durant Go For Education?

Kevin had to change schools many times due to his basketball career, those schools and colleges are National Christian Academy, Oak Hill Academy, Montrose Christian School, and the University of North Carolina. Due to his unusual height, he was commented on a lot, but he saw a chance to succeed in life by becoming a basketball player.

So. Kevin decided to become a sportsman at the age of 11. Kevin played the Amateur Athletic Union basketball with his future BNA teammate Michael Beasley, Greivis Vasquez, and Ty Lawson who are still great friends of Kevin. From there he started wearing the #35 number Jersey in the memory of his AAU Coach, Charles Craig who was murdered at the age of 35.

How Did Kevin Durant Start His Career?

Kevin Durant decided to play basketball for NBA at a very young age. During his college year at the University of Texas at Austin, Kevin debuted his college journey by playing for Texas Longhorns. Kevin helped Texas finish the season with a 25-10 record overall, awarded with 4 seed in the NCAA tournament, and won the match opposite New Mexico state. Kevin was recognized as the unanimous National Player of the year and awarded with John R. Wooden Award, the Naismith College Player of the Year for his exceptional performance. Kevin is the first freshman to win any of the national players of the year award. The following year, Kevin sent a draft for the NBA. 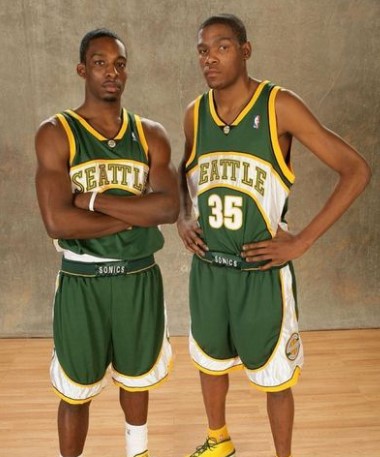 Kevin then debuted his professional career journey by getting selected as the second pick in the 2007 NBA draft for the Seattle SuperSonics. In his first regular game, Kevin scored 18 points at the age of 19 against the Denver Nuggets and won his first game against the Atlanta Hawks. By the end of 2008-09, Kevin raised his score to 25.3 points. During those years, Kevin reached a height of 6 ft and 11 inches. In the 2009-10 season game, Kevin scored an average of 30.1 points and became the youngest NBA scoring champion, and got selected to the All-NBA team.

Kevin announced the extension of his contract by five years with the Thunder for approx. $86 million before the start of the 2010-11 season. The following consecutive year, Kevin led the team and won 55 games, and earned the fourth seed in the western conference. Kevin helped the thunder win many championships. In 2014 Kevin was diagnosed with a Jones Fracture in his right foot due to which he missed 6-8 weeks. Later he faced a sprain in his left big toe, for which he had to go under surgery. Then Kevin was officially ruled out for the rest of the season. After recovery, Kevin defeated Dallas during the start of the 2015-16 season. 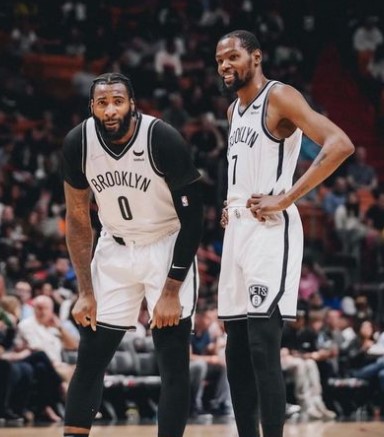 In the 2016-2017 season, Kevin announced his interest to join The Warriors in The Players tribune which was not well received by the fans. On July 7th Kevin joined the Golden State on a two-year contract. As for the 2020 Olympics, Kevin was committed to the 2020 match but it was postponed due to Covid 19. Kevin ranked second men in US history to score 311 career points and won a gold medal, breaking Anthony’s record on July 31. In 2021, The FIBA announced Kevin as the tournament’s MVP.

Who Is Kevin Durant Married To?

Kevin Durant is not married yet, nor does he have any children or wife. Although Kevin had exchanged engagement rings with Monica Wright in January 2016 which was called off after 6 months. His Ex-Girlfriend Monica worked as a WNBA point guard. In an interview with GQ, Kevin talked about his relationship with Monica who is something like his high school sweetheart.

Recently as per the wiki, Kevin was rumored of being in a relationship with a realtor named Cassandra Anderson. They met while Kevin was playing for the Golden State Warriors in 2017. There is nothing confirmed by any of them regarding their relationship.

What Is Kevin Durant’s Net worth?

How Tall Is Kevin Durant?

Kevin Durant has a towering height of 6ft 9 inches and weighs 109kg. Kevin is a perspective and most hard-working NBA player. Kevin posts videos of his training on social media, where he is seen lifting weights and doing exercises to maintain his stamina for his game. Kevin has tattoos on his upper body with dark brown eyes and dark brown hair.