Dreams require constant effort and determination. Every time we try, we are natural to either lose or win but every action is a teacher. Today we are talking about Micah Hyde who has made his dreams come true with his courage and non-stop determination. Micah has made a mammoth name and impact on the American football field.

Micah Richmond Hyde known as Micah Hyde is an American footballer now playing for the Buffalo Bills of the National Football League. Micha is the free safety of the team.

Where Was Micah Hyde Born?

Micah Hyde was born on December 31, 1990, in Fostoria, Ohia with the Capricorn zodiac sign. Micah is of black ethnicity. Micah was determined to be a football player from a young age. Micah was sent to Fostoria High school by his family. There Micah learned to play sports such as Baseball, Basketball, and football, but it was football that had his attention. Micah’s parents’ names are not mentioned or revealed on the internet, he seems to keep his family protected from the media. Micah does have siblings, an older brother, Marcus Hyde who is also a football player like him.

Later, Micah enrolled at the University of Iowa for his college years. However, he was offered placement and scholarships from many different schools and universities such as Ball State, Bowling Green, Miami, Ohio, and Toledo.

What Are The Career Peaks of Micah Hyde?

Micah Hyde started playing football during his school and college years. Micah was given two stars for his dual-threat quarterback by Rivals.com. Micah was on the special team during his college years at Iowa which was going to be sent for the NFL draft. Micah played for the Ball State Cardinal and made a major impact in the game by intercepting a pass. Micah scored his first-ever touchdown while playing against Michigan State in the first quarter. While in his final years of college years, Micah was given the name of first-team All-Big Ten Selection and was awarded Tatum- Woodson Award. 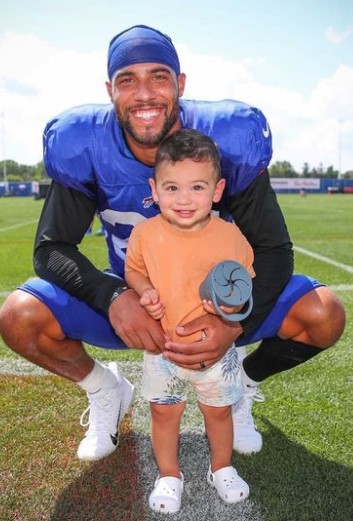 In 2013, Micah was signed by the Green Bay Packers at a $2.33 million contract with a bonus included of $178,108. Micah played under coach Mike McCarthy as the fifth cornerback on the Packer’s depth along with Sam Shields, Tramon Williams, Casey Hayward, and Davon House. Micah played for the Green Bays Packer for three years starting in 2013 and ending in 2016.

In 2017, Micah signed with the Buffalo Bills and plays under coach Sean McDermott as Free Safety alongside Jordan Poyer. Micah has been playing for the Buffalo Bills since then, and in 2021 he extended his contract for two more years. Recently, Micah injured himself on the neck and will be missing the rest of the 2022 season.

Whom Is Micah Hyde Married To?

Micah Hyde is married to Amanda Kamiksisian on July 7th, 2018 at the Ritz Carlton in Laguna Niguel, California. Micah’s wife is a marketing graduate from San Diego State University and now is a director of Marketing and development at an organization that works for the betterment of youths called IMagINe for Youth Foundation. 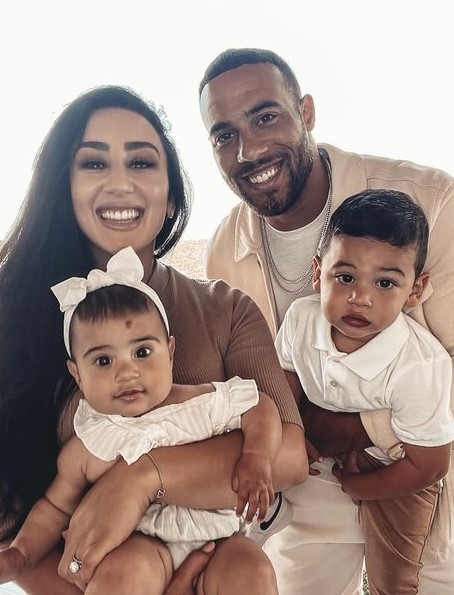 Micah and Amanda started dating in 2015 and got engaged on 21 July 2017. The couple has children together a son named Micah Richmond Hyde Jr born on 18th march 2020 and a daughter named Maverick Hudson Hyde born on 30th August 2021. Micah is very fond of his kids and loves to spend time with them.

What Is Micah Hyde’s Net Worth?

How Tall Is Micah Hyde?

Micah Hyde has a towering height of 6 ft and weighs around 89kg. Micah has an athletic body and is always ready for his games. Micah is health conscious just as any other sportsman, he prefers to keep himself healthy and avoid any damage that can stop him from playing. Micah has beautiful and intense dark brown hair and eyes.