Having the ambition to become something is very easy but to act upon your dreams to make them true and real is a very difficult and never-ending process. We are going to discuss someone who not only wished to become an actress but became the world’s best-known actress. Today Brie Larson is an icon to all the superhero-loving kinds and to all the youths who are fascinated by her acting.

Brianne Sidonie Desaulniers known as Brie Larson is an American actress and singer, known for her role in the marvel cinematic movie ‘Captain Marvel’. She plays the main lead role of Captain Marvel.

Who Are Brie Larson’s Parents?

On October 1, 1989, Brie Larson was born to Heather (Edwards) Desaulniers and Sylvain Desaulniers in Sacramento, California, United States. Her parent’s occupation was Homeopathic Chiropractors. Brie also has a sibling, a younger sister, Milaine ‘Mimsy’ Larson. Both the kids were mostly home-schooled and the sisters were raised by a single mother. 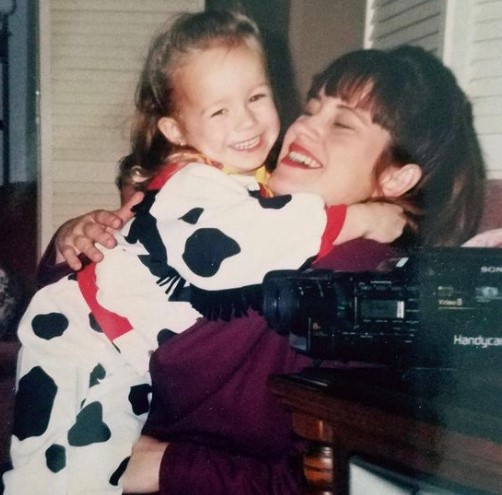 Brie is very close to her mother and sister but has a dysfunctional relationship with her father because she faced trauma due to her parent’s divorce when she was just seven. It’s been almost ten years, she hasn’t talked to her father. Brie Larson’s original last name is Desaulniers, which is difficult to pronounce so she uses her Swedish Great Grandmother’s name. She went to American Conservatory Theatre in San Francisco to learn acting.

Heather's zodiac sign is Libra. Heather is of Franco-Manitoban descent, so brie spoke French as her first language. Brie considers herself to be an Introvert. She suffers from Asthma.

What Are The Career Peaks Of Brie Larson?

At the age of 10, Brie Debuted in acting in the movie ‘Special Delivery as Little angel. Then appeared on Right on Track, a Disney Channel’s most-watched original movie, and in Sleepover, a teen comedy. Brie confronted fame after starring in the movie Room in 2015, she played the character of a mother who was kidnapped and had a child while kidnapped.

She portrayed the struggle of a single mother. The movie was shot in a 10ft × 10ft studio. Brie is a method actor and for this movie, she isolated herself in her apartment. Her acting in Room, won her several awards, including Academy Award for Best Actress, Golden Globe, and BAFTA in the same category. Brie is a very socially active person, she appeared in the action-comedy Free Fire in 2016, to call attention to gun violence.

In 2016, Brie also starred in the movie Kong: Skull Island along with partner Tom Hiddleston and Samuel L. Jackson. Brie made her directorial debut in the comedy-drama movie ‘Unicorn Store’ in 2017. After that, she took a year gap and appeared in the Marvel cinematic movie ‘Captain Marvel’ as Carol Danvers/ Captain Marvel. Re-enacting the same character, she appeared in the highest-grossing movie of all time ‘Avengers: Endgame’, which grossed $2.79 billion worldwide.

Brie has been confirmed to reprise her role as Carol Danvers in the upcoming sequel, The Marvels. She will also appear in the fast and furious tenth series. In addition to her acting, she also has a growing musical career, At the age of 13, brie signed her first record deal at Universal Records with Tommy Mottola.

Brie Larson is named as the 100 most influential people in the world in 2019. Brie is not married and does not have a husband, but is currently dating her boyfriend Elijah Allan- Blitz who is also an actor. Brie and her boyfriend Elijah are often seen spending quality time together and traveling to various vacation places. They started dating in 2019, almost after 6 months after her separation from Alex Greenwald. 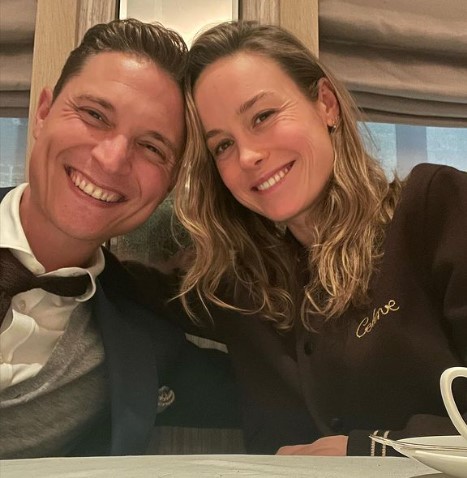 Brie was engaged to Alex Greenwald, the musician of the Phantom Planet Rock Band. But they ended their relationship after being together for 3 years. Before Alex, in 2008, Brie dated John Patrick Amedori, an American actor but got separated in 2012. In 2006, brie dated actor Cody Linley and was separated in 2007.

Does Brie Larson Have A Child?

As of 2022, Brie Larson does not have any children. She has played the role of mom in the movie Room to Jacob Tremblay, her on-screen child. 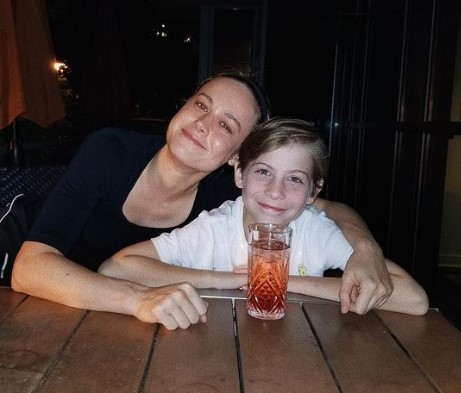 What Is Brie Larson’s Net Worth?

Brie Larson has a Net Worth of $25 million as of 2022. Her income source is Acting, YouTube, musician, Director, Screenwriter, and poetry. She has worked in movies which have the highest earnings of all time like ‘Avenger: Endgame’.

Brie has also invested in real estate and has purchased a $3.4 million property in Malibu, California, and in the woodland Hills neighborhood, for $1.6 million. She also has a YouTube Channel, which she started while COVID-19 lockdown on May 21, 2020, and has 683k subscribers on her channel. She post’s her Vlogs, gaming videos, and her journey to success on her channel. Just like many actors she also has her known presence on social media and has 7 million followers on Instagram and 2.9 million followers on Twitter. Brie has endorsed brands like Nissan in a commercial along with Eugene Levy, Danai Gurira, Dave Bautista, and Catherine O’Hara. Brie also has a wiki page dedicated to herself in the Wikipedia database.

How Tall Is Brie Larson?

With a slim body type, Brie Larson has a height of 5 ft 6¾ inches and weighs 58 kg. Brie is a beautiful and talented woman; she has blonde hair and light brown eyes. On her YouTube channel, she has revealed that now she is following a healthy routine and goes gym regularly. Her choice of the movie also requires her to have a fit physique.