What is something women can’t do, the answer is women can do everything, Women are multi-taskers and a perfect example of this saying is Rosario Dawson. Rosario is an American actress, voiceover artist, producer, writer, and activist. From personal life to her career and to be politically active, Rosario has her foot in every corner.

Rosario Isabel Dawson known as Rosario is one of those actresses who are known for almost every role, she ever played due to her flawless acting skills. Some know her for her role in Jane the Virgin, a comedy tv series and some know her for her role in He Got Game, a sports drama movie released in 1998. She is a very versatile actress and a philanthropist; she has been involved in many charity events. Rosario also became a spokeswoman for TripAdvisor.com.

Who Are Rosario Dawson’s Parents?

On May 9, 1979, Rosario Dawson was born to Isabel Celeste and Patrick C. Harris in New York City. Rosario’s mother is of Puerto Rican and Afro-Cuban succession. Her zodiac sign is Taurus.  Rosario’s parents never got married.

Her mom Isabel Celeste married Greg Dawson when Rosario was a year old. He was from Irish succession and worked as construction labor. The couple had a son together, Clay Dawson who is Rosario's half-sibling. The kids had it hard growing up because when Rosario was 17, her parents got divorced. Still, she is close to her family and loves to spend time with them. 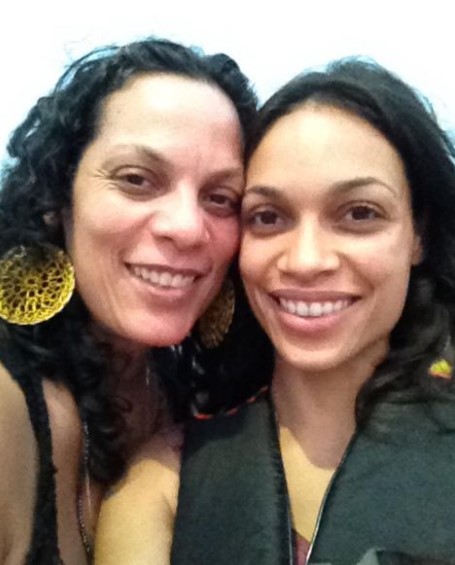 What Are The Career Peaks Of Rosario Dawson?

At the age of 16, Rosario debuted her acting in an American drama movie called Kids, with her role as Ruby, a sexually active adolescent. Her career did not just rocket started from her first movie, she struggled to get fame. Rosario performed many roles from independent films to big-budget blockbuster movies such as Men In Black 2.

In 2004, she landed herself the role of the bride of Alexander the Great, in the film Alexander. Similarly, in 2008, she performed in Seven Pounds and Eagle Eye along with Will Smith. Rosario also voiced many movies including, Afterworld, as officer Delondre Baines, and many Disney/Marvel/Dc Comics/Warner Bros. animated movies. 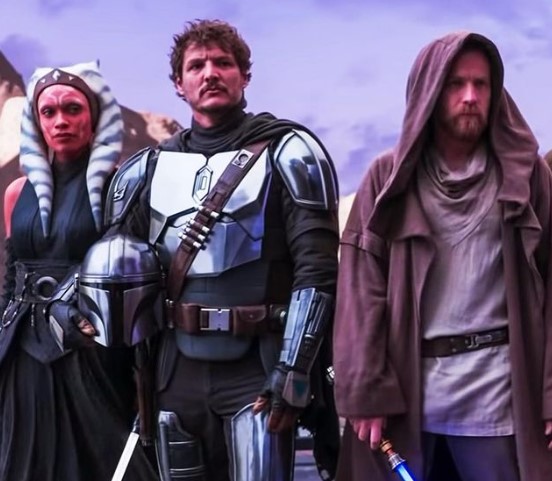 Rosario played Claire Temple, in Daredevil, Netflix Marvel Series, which was also reprised in Jessica Jones, Luke cage, Iron Fist, and The Defender, she is a member of the Marvel Cinematic tv series. Rosario is a great Star Trek fan and calls herself Trekkie. In 2020, She plays the role of Ahsoka Tano, the main character of the Disney+ original series Ahsoka, the star trek franchise.

Does Rosario Dawson Have A Biological Child?

In 2014, Rosario adopted a daughter, a 12-year-old girl, Isabela Dawson. She is very protective of Isabella, and always stands by her side. 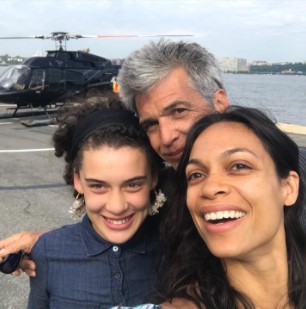 She has not been married yet and nor does she have any more children. In an interview with NBC, she came out as bisexual. Rosario was rumored dating, Tracie Thomas, an Emmy-nominated actress, and singer.

In 2000, she had a fling with Jay-Z, the rapper. Rosario has never hidden about her relationship, she dated actor Joshua Jackson in 2002 She was also rumored to have dated her co-star and Irish actor Colin Farrell. Later in 2004, she dated American model and actor Jason Lewis and broke up in 2006.

Moreover, Rosario then was rumored to be together with Scottish actor Gerard Butler in 2007 Likewise, she began dating French DJ Mathieu Schreyer in 2008 and broke up in 2011. After their breakup, rumors began to circulate about Rosario dating, British socialite Otis Ferry in 2011 for a brief period, and British director Danny Boyle from 2012 to 2013. Her romantic life always went through bumpy roads similar case again went by when she dated actor, comedian, television host, writer, and producer Eric Andre in 2013. The pair parted their ways after nearly 4 years of being in a relationship in 2017.

Her recent relationship was with Cory Booker, a politician which began in 2018, but they eventually broke up in February 2022, after 3 years. Now she is single and dating no one. She is neither engaged nor married and does not have a husband.

What Is Rosario Dawson’s Net Worth?

Rosario Dawson has a Net Worth of $8 million. Her income source is acting, writing, and singing. Her work is vastly scattered from the Tv industry to movies. Rosario also co-created a mini-comic book series called Occult Crimes Taskforce in 2006 because she loves comic books. Rosario is also politically active, and went to jail while protesting George W. Bush, Endorsed Barack Obama for re-election in 2012, and Bernie Sanders in 2016. In 2016, Rosario’s ex-partner fought for the presidency in the USA, if he were to win and she would have become First Lady of the United States, Rosario said she would have fortified Youths and their issues.

Rosario has a strong fan following on Instagram just like many successful actresses, she has 1.5 million followers on Instagram and 1 million followers on Facebook. Her followers respect her and value her. Rosario is represented by Creative Artist Agency and The Lede Company, Publicist, Beverly Hills, California, United States. Rosario also appeared in a Lexus Ct 200h funny car commercial in 2011. Rosario also has a wiki page about herself in the Wikipedia database.

How Tall Is Rosario Dawson?

With an Athletic build body, Rosario has a height of 5 feet 7 inches and weighs 60kg. She is health conscious and does Pilates every day. Rosario has her routine which she follows to maintain her fitness. She is a stunning woman with a sharp jawline, dark brown hair, and eye color.