You may know this actor from her notable works and amazing acting skills shown in several films like The Wolverine, Alien: Covenant, and Bleeding steel. It is not easier to establish oneself in the entertainment industry but her hard work and compassion have done justice, not only to her career but to her character too.

Tess Haubrich is an Australian actor and model. Tess Haubrich spent her late teen years as a model before pursuing acting as her career. She worked as a fashion model in Australia, Hong Kong, France, and Germany. She spent two years in a private drama school in Sydney named Actors Centre Australia.

How Old Is Tess Haubrich?

According to the wiki, Tess Haubrich was born on 1 April 1990. She was born in Sydney, New South Wales, Australia. Her age is 32 years old and her zodiac sign is Aries. Her ethnicity is Caucasian and not much is known about her religion. Her nationality is Australian. 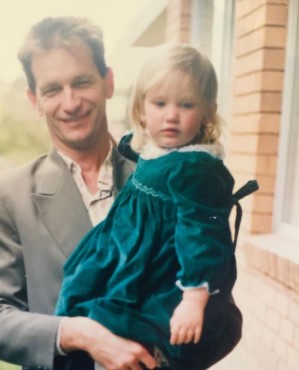 Her father's name is Rodger Haubrich and her mother is Meredith Scott. Talking about siblings of Tess, we figured out that she has a brother named Frankie. Moreover, as we took a stroll around her social media, one of her Instagram posts suggest that she had a sister. She shared a picture of her sister named "Aishia" with an emotional caption that read

My strong, warrior woman, beautiful sister Aishia. I will miss you and I will love you forever ❤️

How Did Tess Haubrich Get Famous?

Haubrich made her acting debut in a short Vinyl playing Shayla. She had small roles in several movies like Drowning and Some Static Sorted before appearing in The Wolverine as a cashier. She is also known for the TV series Bad Mothers where she played the main role Sarah.

In 2017, Haubrich got the leading role in the second season of Wolf Creek. Consecutively, in 2018, she played a leading role in the Australian spy drama series Pine Gap. In 2022, she became the limelight after appearing in Netflix's crime-themed action drama with Chris Hemsworth and Miles Teller on June 17.

Tess Haubrich is married to her long-time boyfriend Nicholas Gell, an Australian actor since 2015. Her husband, Nicholas who is also an actor, is also known for his works in Power Games: The Packer Murdoch Story, Heroes for A Day, and Campsite. Gell currently teaches theatre, acting, and accent training to children and adults at the NIDA Open Program. 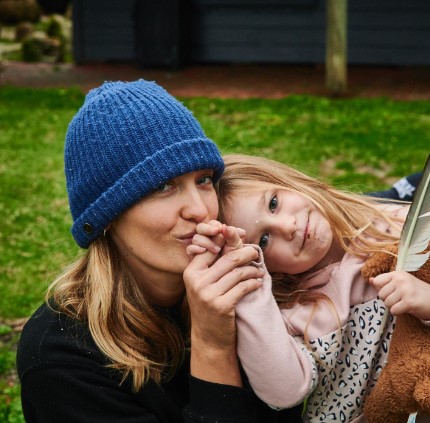 Furthermore, Tess and her husband have an adorable little daughter named Juniper Gell. Their daughter Juniper was born on 26th September 2015. Despite both the duo being media personalities, they decided to hide their child's face from the spotlight for a long period of time. But in 2022, Tess shared the first glimpse of their baby on Instagram.

Likewise, Tess revealed in an interview with Who magazine, that being a mother herself she can relate to her character in the Australian drama series, Bad Mothers. Although Tess hasn't faced the same as her character Sarah who juggled deep in between raising two kids and balancing work and home life, she adds that once she became a mother there are certain things that she can understand and could put herself in those shoes.

Additionally, rumors started surfacing that the actor and her husband have split as she occasionally shares pictures of her daughter on her social media but there are no pictures of her with her partner. Nevertheless, during an interview with The Sydney Morning Heral back in March 2019, Tess revealed that she and her husband were no longer together and were in the process of getting divorced. As of now, she raising her daughter as a single parent.

What Is The Net Worth Of Tess Haubrich?

Tess Haubrich's net worth is estimated to be $1.5million. Two of her movies The Wolverine, a movie she was a part of, made roughly $414.8 million worldwide followed by Alien: Covenant's $240.9 million. Tess may have earned a good sum from her roles in those movies. Besides her earnings as an actress, Tess also earns money from different brand endorsements and partnerships as an actor and model. The actor has emerged in several international commercials and publications. In her pictures, she is seen wearing luxury brands like Dior, Bulgari, Jimmy Choo, and so on.

What Is The Height Of Tess Haubrich?

Tess Haubrich stands at a height of 5 feet 11 inches (1.8 m, 181 cm) and she weighs roughly 55 kg. She has hazel brown hair but she is seen dying her into distinct colors repeatedly. Her eye color is blue. Along with a beautiful face, she might have a unique way of captivating people with her personality.