Alyson Rae Stoner is an American Actress, Singer, Youtuber, Dancer, Model, Dancer, and Choreographer. She has gained fame since her childhood. Alyson's career is very much in the limelight for reasons other than a celebrity; she has been recognized for her enormous heart, especially when it comes to delicate matters such as educating poor children. Not only that, but Stoner is well-known for her reliable practice of keeping food packages in her car in case she encounters homeless individuals while driving.

Born on August 11, 1993, in Toledo, Ohio, USA, Alyson Rae Stoner is 28 years old and her zodiac sign is Leo. Talking about her parents, her father is Charlie Stoner and her mother who is a former executive secretary at Owens-Illinois is LuAnne Hodges (née Adams). She has grown up with two older sisters, Jaimee and Correy Stoner. 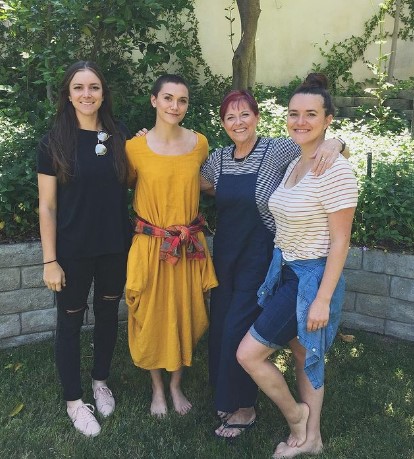 For her studies, Alyson went to Maumee Valley Country Day School, Toledo, where she learned ballet, tap dance, and jazz dance. She won the best model of the year award at the international modeling and talent association convention, for modeling at the Margaret O’Brien Modelling studio in New York.

What Was Alyson Stoner’s Big Break?

Alyson Stoner has been all over people’s hearts before she was ten. She debuted by showing her awesome dancing skills in a Missy Elliot’s music video called ‘Work It’ at the age of nine. Likewise, she appeared in shows like “Suite life of Zack and Cody” and “Cheaper by dozen”. she made blockbuster movies like “Cheaper by the Dozen” and the "Step Up". Alyson has also lent her voice to a ton of projects including many games in the kingdom hearts franchise, the show Phineas and Ferb, and Milo Murphy’s law. In 2008, Alyson also sang two songs in the movie “Alice upside down”, where she played the lead role. 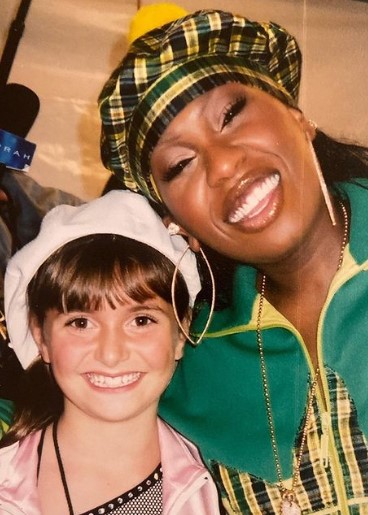 She also appeared as a guest on the TV show “Ellen”. She has created a tremendous image in the dancing and singing industry with her talent. She is a self-made social media celebrity, she has a YouTube channel named 'Alyson Stoner', which she joined in 2008. Alyson has a highly conscious and caring heart, and she represents women's liberation. She is a Star Power ambassador for Starlight Children's Foundation.

Being a child star gave Alyson serious trust issues that followed her well into adulthood. Her song "stripped bare" might sound somber but Alyson says it’s more of an anthem and another song of her fool has a female love interest.

Alyson also found joy in working for herself, besides her music career she also is working on a podcast called “simplexity” she also published a book, Alyson released her debut book "Mind Body Pride: A 7-Step Guide for Deeper Connection", which talks about how difficult it can be for a queer to exist in today’s world and how to cope.

Who Is Alyson Stoner’s Wife?

In March 2008, Alyson came out in an article in Teen Vogue where she stated that she was

“attracted to men, women, and people who identify in other ways"

During this podcast, she said that she doesn’t feel the need to identify herself as queer or anything. She does not believe in labeling one’s sexuality. now, she is only focused on self-care and self-development.

Just like other actors, Alyson also tries to keep her personal life private. In today’s modern period it's difficult to keep their dating life private. She is currently single, and unmarried. She has not been previously engaged. However, looking at her dating life in the past, Alyson dated actor Vincent Martella from 2009 to 2010, and Cole Sprouse back when they starred together in Disney Channel's The Suite Life of Zack and Cody. Alyson later revealed that Cole dumped her on her birthday. Additionally, Alyson does not have children.

What Is Alyson Stoner Net worth?

Her YouTube channel has 664k Subscribers. She has got $2 million net worth as of June 2022 data. She has a diverse source of income such as acting, dancing, choreography, singing, Youtuber, Social media influencer, and writing. She co-hosted the popular Disney Channel show "Mike's Super Short Show." Alyson also has a wiki page dedicated to her in the Wikipedia database.

How Tall Is Alyson Stoner?

Alyson Stoner has a slim body type with a height of 5’4″ and weighs 52 kgs. She is the pure definition of beauty with a brain. She has beautiful hazel eyes and messy, wavy, long brown hair.