Amelia Fiona Jessica Driver known as Minnie Driver is a British-American actress, voice artist, singer, songwriter, and producer. Her name Minnie is a nickname given to her by her sister. Minnie driver is considered a woman who always seems to be in control with plenty of determination.

Minnie's character as Skyler in the American drama film "Good Will Hunting" rose her to fame and was also nominated for her first Oscar. Before setting up herself as an actress, Minnie used to work as a singer and jazz guitarist in London. She prefers Italian foods, her favorite Italian restaurant is Lo Scoglio (near Positano in the Bay of Naples).

Where Was Minnie Driver Born?

Minnie Driver was born on 31 January 1970 to Gaynor Churchward and Charles Ronald Driver aka Ronnie Driver in Middlesex Hospital, London. Her mom Gaynor Churchward was a designer and a former culture model. Her father Charles was a financial advisor. Minnie was raised in Barbados until she was six.

Minnie's parents separated when she was 6 years old but later Minnie discovered that her parents were never been married. At the age of 12, Minnie came into acquaintance with the fact that her dad was married to a different woman other than her mother and had another family. Moreover, Her dad passed away in 2009 whereas her mom passed away in March 2021. 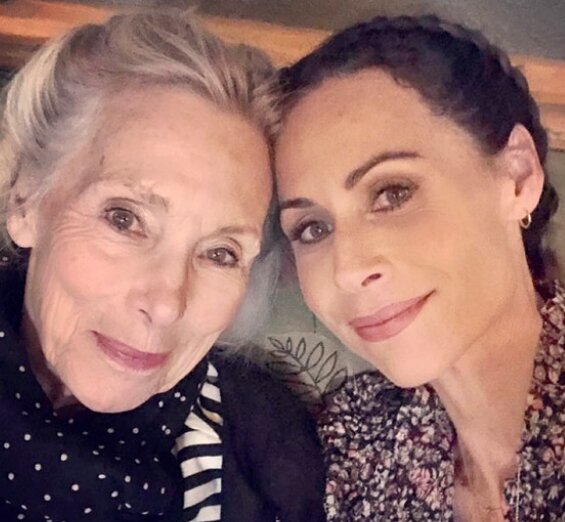 Talking about her siblings, Minnie has 4 siblings. Her sister Kate Driver is a producer and manager by profession. Minnie also has one older half-sister from the paternal side named Susan Driver, and two younger brothers: Charlie Driver (paternal brother) and Ed Churchward (maternal brother).

She went to Bedales School in Hampshire and then enrolled in Collingham College, an independent college in Kensington. Minnie holds British and American nationality and comprises of mixed ethnicity. She comes from English, Scottish, and Irish ethnicity.

What Movies Has Minnie Driver Worked In?

At the age of 15, Minnie started visioning being an actor. She had the opportunity to work in many movies and tv shows. Minnie Driver’s breakout role was in the film Circle of Friends. She was also featured in an episode of Maigre in 1993 and soon her acting in the romance movie “Good will hunting” opposite Matt Damon landed her many new opportunities. Minnie was also considered to play Rose DeWitt Butaker in the blockbuster film Titanic, but director James Cameron felt she was too old for the role.

Later she made movies like “The Phantom of the opera”. In 2008 and 2009 Minnie was also nominated for an Emmy Award and a Golden Globe Award as Best Lead Actress in a Drama Series for her acting in the tv show “The Riches”.

Minnie also made a key guest recurring roles as Lorraine Finster on Will & Grace which lasted almost fifteen years and as Cath on the current BBC / HBO comedy Starstruck. She is also starring in the Amazon anthology Modern Love (2021) which is on air now.

Who Is Minnie Driver Married To?

Minnie is currently married to Addison O’Dea an American filmmaker and director on September 23, 2019. She does not have any ex husband because she only has married once, which is still running.  Minnie and her husband do not share any children but Minnie is the mother of a son, named Henry Story Driver. 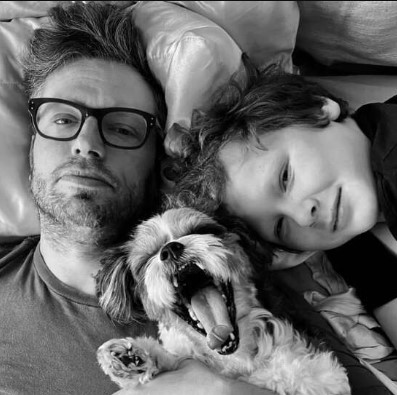 Her child Henry was born on September 5, 2008. She has been in many controversies regarding the father of her children and the father of the child is to be said to be The Riches writer, Timothy J Lea. Moreover, her current husband Addison, and son Henry share a very close relationship.

Who Has Minnie Driver Dated?

Minnie is rumored to have dated Mick Jagger, rock legend, and The Rolling Stones frontman. Later she fell for John Cusack while playing the lead character in the 1997 movie, Grosse Pointe Black. Minnie also fell in love with actor Matt Damon while working on the movie good will together.

It was an affair that ended very drastically because in an interview with “Oprah Winfrey” Matt announced he was single and that was the first and last time Minnie got to know the status of their relationship. Minnie also was briefly engaged to Josh Brolin in 2001.

Additionally, Minnie also has shared her personal story of being a victim of sexual assault during her teenage on Sirius XM's StandUP! with Pete Dominick. At the age of 17, when she was spending her vacation in Greece she was confronted with a horrible experience where a man grabbed the back of her hair when she denied dancing with him. Minnie tried to kick him as he pulled her hair but he punched her.

After her announcement, she and Matt have been in a controversy where she claims that men like Matt Damon would never understand what assault is as he can't understand what it's like.

What is Minnie driver’s Net worth?

Minnie Drivers has a $14 million Net worth. She has her income source such as singing, songwriting, cameos, movies, and tv shows. She has also appeared in tv commercial promotions for the channel E! Entertainment Television. She has also worked for brands like Mazda, Vodafone mobile phones, Right Guard, and Derm Exclusive skin care system (Infomercial) as their partner.

She has a strong fan following,199k followers on Instagram, and 211k followers on Twitter. She also wrote an autobiography called managing experience, where she has shown a light on her life hurdles and how she fought them. Minnie also has a wiki page dedicated to her in the Wikipedia database.

How Tall Is Minnie Driver?

Minnie Driver is a beautiful woman with an average height of 5 ft 10 inches. She weighs 64 kgs and has an athletic build. She has a Lanky and slim figure. Her body has Freckles. She has dark brown eyes and dark brown curly hair.