People are known for their work and their contribution to a certain field. So, whether they are still working or taking a break from it, they will be known for their prior contributions. To better understand this, let's use an example. Consider a scenario in which a guy who was an actor in the past is now pursuing a career as a businessman. But many people, including his admirers, still perceive him as an actor rather than a businessman. The same is happening to Cameron Diaz.

Cameron Diaz aka Cameron Michelle Diaz is a popular American actress. But it has been more than eight years since she last had an appearance in a film or television show. But still, when her name popped up people remember her as an actress. As of now, Cameron is the founder of Avaline wine.

What Is The Age Of Cameron Diaz?

As of 2022, Cameron Diaz is 50 years old and was born on 30 August 1972 in San Diego, California. She spent her childhood in a city in California known as Long Beach. She has American citizenship and belongs to mixed ethnicity. Her astrological sign is Virgo. She and her family are believers in Christianity. She is the daughter of a Cuban-American father and an Anglo-German mother.

Her father’s name is Emilio Luis Diaz and her mother’s name is Billie Joann. Her mother Billie Joann works as an import-export representative in San Diego, California, while her father Emilio Luis Diaz is a field gauger for an oil firm. She has one elder sister whose name is Chimene Diaz. Similarly, she is a graduate person. At first, she attended Los Cerritos Elementary School, and later she went to Long Beach Polytechnic High School.

What Is Cameron Diaz Doing Now?

As of now, Cameron Diaz is working as a co-founder and creator of Avaline Wine. Avaline Wine is a wine made from organic grapes that have no added sugar, is vegan, and contains no harmful additives. But before her profession as a businessman, she is an actress. At first, she started as a model and when she was 16 years old she took a six-year modeling tour with Elite. As an actress, she is known for making regular appearances in comedy movies and some TV series. She has appeared in a number of movies and TV series throughout her acting career. 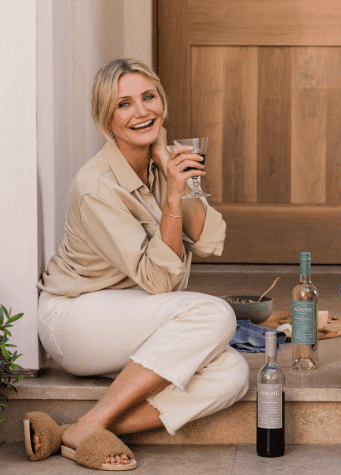 Her first featured movie The Mask was released in 1994 when she was 22 years of age. She played the role of Tina Carlyle in that movie. However, she got recognized for her work in the 1998 movie There's Something About Mary. She portrayed Mary with creative hair gel and strange culinary enthusiasms and grab the attention of many viewers. After that, she went on to feature in different genres of movies, short videos, and TV series.

Some of her featured movies include Very Bad Things, Being John Malkovich, Vanilla Sky, Gangs of New York, The Holiday, Bad Teacher, Gambit, etc, Similarly her Tv series include Space Ghost Coast to Coast and Saturday Night Live: Cut for Time. The last movie she starred in was Annie which was released in 2014. Since that, she hasn’t made her appearance in the American film industry. There is a rumor that Cameron has already retired from her acting career.

Who Is The Husband Of Cameron Diaz?

Cameron Diaz is a happily married woman. Her husband is Benji Madden who is a singer and Musician She tied the knot with her partner Benji Madden on January 5, 2015. Their wedding ceremony was held in their home in Beverly Hills. They dated each other for a year before getting hitched in 2015. Her husband usually posts each other photos on his Instagram account. But, Cameron hasn’t shared any photos with her husband on her Instagram rather her Instagram post is filled with Avaline Wine posts.

Similarly, before getting married to Benji Madden, she dated many men. She was in a living relationship with the producer Carlos de la Torre in 1994. After that, she dated actor Justin Timberlake for 4 years from 2003 to 2007. She also dated Djimon Hounsou, Criss Angel, Kelly Slater, and Alex Rodriguez. 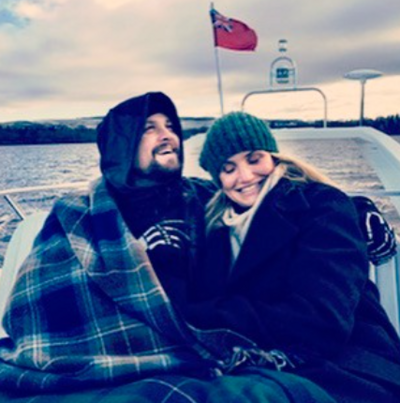 As of now, she is living happily with her husband with whom she shares children. After 4 years of marriage, Cameron and her husband welcomed a daughter on December 30, 2019. According to the wiki, she was born at Cedar Sinai Medical Center in Los Angeles at 1:58 pm via surrogacy. The couple named her Raddix Chloe Wildflower Madden. Both Cameron and her husband have kept their daughter’s daily life secret. According to People magazine, Raddix loves trying new foods and her favorite food are bone broth and fresh herbs. She loves listening to music. But the couple doesn't have a son.

What Is The Net Worth Of Cameron Diaz?

The total net worth of Cameron Diaz is supposed to be around $140 Million. She must have collected a huge sum of money by appearing in different movies and Tv shows. She is currently active as a co-founder and creator of Avaline Wine. Her Instagram account has 9.9 Million followers.

What Is The Height Of Cameron Diaz?

Cameron Diaz is a tall woman who stands at a height of 5 feet 8 inches and has a body weight of 60 kg. Her eyes are blue in color and have long blonde hair. She has maintained her figure well.