America is often referred to as a country of dreams, where many wake up with great hope to become someone or to do something. In the context of actors, Hollywood is the goal of every actor. And the steps to reach those ladders are different for everyone, many start learning about drama and how to act from a young age at their school, and some end up becoming actors after pursuing another career.

And today we are talking about Kate Upton who made her way into Hollywood after many trials and errors. Katherine Elizabeth Upton known as Kate Upton is an American model and actor who is well-recognized for her appearance on the cover of Vanity Fair and in the movie The Other Woman.

Who Are Kate Upton’s Parents?

On June 10, 1992, Kate Upton was born as a Gemini to Jeff Upton and Shelly Upton in St. Joseph, Michigan, The United States. Her father works as a high school Athletics director whereas her mother used to work as a Texas State Tennis Champion. Kate comes from a family of high praise, her uncle is a U.S. Representative, Fred Upton, and her great grandfather, Frederick Upton was the co-establisher of appliance manufacturer and marketer of Whirlpool Corporation. 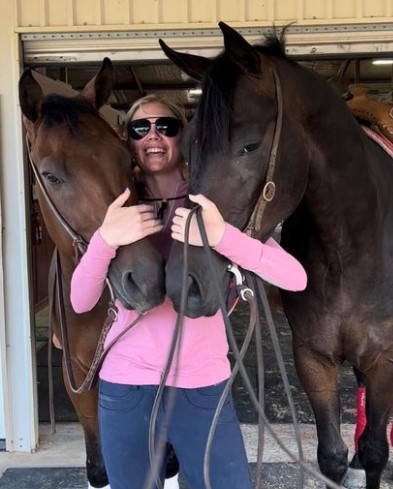 Kate went to Holy Trinity Episcopal Academy for her primary education. As a kid, she had her own horse called Roanie and was an equestrian who competed at the National level and at the American Paint Horse Association. Kate is a fabulous horse rider and has 3 APHA championships and was also named as the 13 and under reserve all-around champion.

What Are The Career Peaks of Kate Upton?

Kate Upton went to a casting call in Miami and was signed by Elite Model Management in 2008. Later she moved to New York City where she signed with IMG Models. That was the beginning of her career as a model, Kate was featured on the cover of Esquire as The Woman of the Summer. Upon that she has got many opportunities to model and act, she debuted in acting with the movie called Tower Heist released in 2011. And has appeared in many magazines and movies since then, recently she starred along with Alexandra Daddario in the movie called The Layover.

To Whom Is Kate Upton Married?

Kate Upton is married to Justin Verlander, an American professional baseball pitcher for the Detroit Tiger of Major League Baseball. Kate and her husband had their wedding in Tuscany, Italy in a church surrounded by her family on November 4, 2017. The engagement was held in April 2016. The couple has children together, a daughter Genevieve Upton born on November 7, 2018. They have nicknamed their daughter Vivi. They are yet to reveal plans to have other kids and are living happily in their house now as a family. Kate and Justin met when filming MLB 2012 Commercial and started dating for about 4 years before they tied the knot. 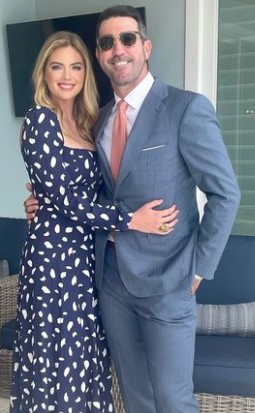 Kate dated Maksim Chmerkovskiy, a Ukrainian Dancer for a few months in 2013 and left him to date, Justin. She was rumored of dating Blake Griffin, a basketball player in 2013. Her name was also linked with Sean Faris, Sean Combs, Kanye West, and Mark Sanchez. 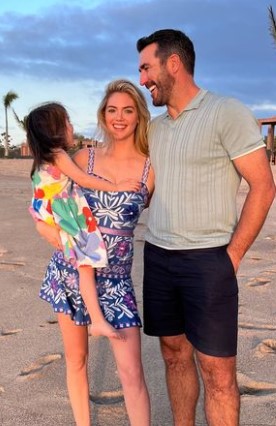 How Much Is Kate Upton’s Net Worth?

As of the wiki 2022, Kate Upton has an estimated net worth of $20 million with her primary source of income being Modeling and acting in movies and TV shows. Kate has endorsed and worked with many brands such as Necessities, Beach Bunny, Betsey Johnson, Bon Prix, Canada Goose, Dooney & Bourke, Guess, Guess accessories, Guess lingerie, Jenna Leigh, RYGY Sports Swimwear, and Victoria’s Secret. Kate is managed and represented by Chadwick Model Management, and IMG Models of New York, London, Milan, Dusseldorf, and Hamburg. She is also active on social media and has 6.4 million followers on Instagram, 2 million Followers on Twitter, and 4.6 million Followers on Facebook.

How Tall Is Kate Upton?

Kate Upton has a towering height of 5 feet 10 inches and weighs 71 kg which she maintains by following a diet for her work. She has blonde hair and rare blue eyes with a mole mark above her lip.

American Model Actor The other woman