Entertainment Industry is full of talent but only a few are recognized and celebrated. Today we are going to talk about one of the most recognized TV and Film industry celebrities Katey Sagal. She is gifted, versatile, and acclimates to both comedy and drama. Her hard work and dedication made her successful, climbing her struggles and never looking back.

Who Are Katey Sagal’s Parents?

On January 19, 1954, Katey Sagal was born to Sara Zwilling and Boris Sagal in Los Angeles, California. Her zodiac sign is Capricorn. Her parents did not marry but supported each other equally when raising their children. Katey's mother was a singer, producer, and television whereas her father a Tv and film director.

Her parents died when she was young, her mother died due to heart problems in 1975 and her father had an accidental death on the set of the miniseries World War 3 in 1981. Before an unfortunate death, Boris married dancer and actress Marge Champion.

Her family consists of 5 siblings, two brothers David Sagal and Joey Sagal, and younger twin sisters Jean Sagal and Liz Sagal. She has been raised Jewish and is an Agnostic Atheism. Katey went to Palisades high school and later graduated from the California Institute of the Arts.

What Are The Career Peaks Of Katey Sagal?

Katey Sagal started her career by singing and songwriting. Katey worked as a backing vocalist for famous singers including Bob Dylan, Etta James, Bette Midler, and Gene Simmons. In 1994 she released her first-ever solo album ‘Titled Well’. Katey was Introduced to acting by her godfather ‘Norman Lear’. After getting fame for her work in the sitcom Married… with children, she paved a road to success in acting.

Her dazzling performance won her three golden globe and two American comedy award nominations. Later in 2008, she appeared in Sons of Anarchy as Gemma Teller where she even contributed to the soundtrack and won a Golden Globe Award for Best Performance by an Actress in the Tv series drama. 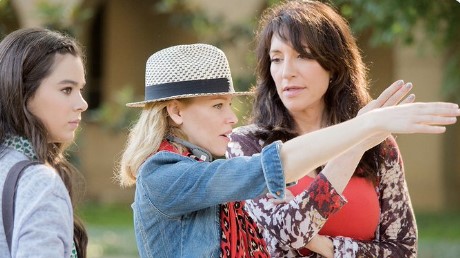 Her spectacular performance brought the audience to cry themselves to sleep in God’s new Plan in 1999 as a dying mother. Katey also appeared in the popular CBS series shameless, Superior Donuts, and the Netflix series Dead to Me. In 2013, Katey appeared in Pitch Perfect 2 as the mother of Hailee Steinfeld’s character. Katey starred in the science sitcom The Big Bang Theory as Penny’s Mother. In 2021, Katey appeared in the lead role of the ABC drama series Rebel as Annie. Currently, she is seen in her first horror movie ‘Torn Hearts’. 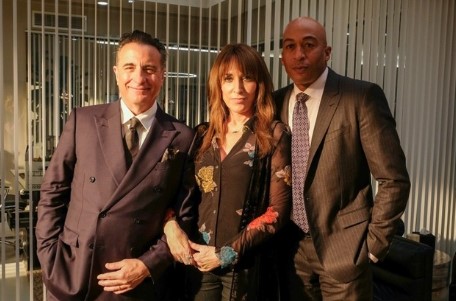 Who is Katey Sagal Married To?

Katey Sagal got married to musician Freddie Beckmeier in 1977 and got separated in 1981. Then later she dated Fred Lombardo in 1986 and broke up in 1989. In 1991 Katey married Jack White, a drummer and the couple have two kids together, a son Jackson James White born on march 1, 1996, and a daughter Sarah Grace White born on august 7, 1994. But in 2000 they got separated.

Later, Katey married Kurt Sutter on October 2, 2004. Her husband is a screenwriter and Tv producer. Katey and her partner Kurt were first introduced through a mutual friend but initially were out of touch for a couple of months as she had to take care of her young kids. However, Kurt did reach out to Katey after a few months and their romantic love life blossomed.

Married for nearly 18 years, the couple is still together. They even had a baby daughter together named Esme Louise Sutter born on January 10, 2007, through a surrogate mother. Additionally, Katey even was rumored to be dating Gene Simmons and David Faustino.

What Is Katey Sagal’s Net Worth?

As of 2022, Katey Sagal has a Net Worth of $35 million. Her income source is acting, singing, and songwriting. She has been part of high-budget series like Sons of Anarchy which runs successfully till now. Katey has endorsed brands like Victoria’s Secret, American Red Cross, and Ford. Katey also earned a star on the Hollywood Walk of Fame. She is represented by William Morris Endeavor Entertainment, California, United States. Katey is available on social media platforms and has 530.9k followers on Twitter. she also has a wiki page dedicated to her in the Wikipedia database.

How Tall Is Katey Sagal?

Katey Sagal is a multi-Talented, gorgeous woman with dark brown hair and hazel eyes who is never afraid to take a challenge. At the age of 68, with a height of 5ft 9 inches and a weight of 59 kg, Katey has a maintained body.