Who Is Jeremy Pena's Father? His Parents & Family Details

Jeremy Joan Pena is one of the rising professional baseball shortstop players for the Houston Astros of Major league Baseball. Jeremy was recently awarded the AL 2022 Gold Glove Award for his performance at the shortstop and is the first and youngest Astro rookie to win a Gold Glove at a shortstop in MLB history as he won the 2022 world series by making a home run in Game 5. Jeremy is also named The Astros Rookie of the Year by the Baseball Writer’s Association of America.

Jeremy was selected by The Astros in the 3rd round of the 2018 MLB draft and was able to make an MLB debut in 2022. In the mid-years, Jeremy got signed by Houston and made his professional debut as a baseball player in the Tri-City Valley Cats. Then the next year in 2019, Jeremy played against Quad Cities River Bandits and was named All-star for his awesome performance.

Who Are Jeremy Pena’s Parents?

Jeremy Pena is a Dominican- American professional baseball player born to Geronimo and Carmen Cecilia. Both his father and mother are proud of all the success he has made in his life, they were at the game to witness his win and shared the joy with Jeremy. Jeremy and his family used to live in Santo Domingo, Dominican Republic. However, they moved to Providence, Rhode Island when he was at the age of 9 for better opportunities and facilities for the kids. Jeremy went to school in Rhode Island at Classical High School and later joined the University of Maine. 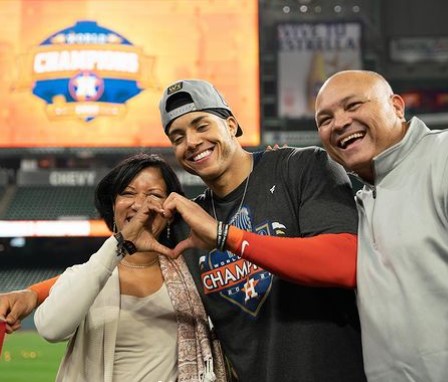 His father, Geronimo also was a baseball player for Major League Baseball as an Infielder for the St. Louis Cardinals and Cleveland Indians, now that describes the rise of eagerness and want to Jeremy to become a baseball player. He was highly influenced by his father’s career and has had the support of his family throughout his life and will have it in the future.

Does Jeremy Pena Have Siblings?

Jeremy Pena is one of the 5 kids of his mom and dad, he has two sisters and two brothers. His parents gave an interview with the broadcast when he was making his first big league home run. During the interview, the camera was successfully able to record the pure joyful reaction of Geronimo and Carmen Cecilia as he ran during his homer. When he won the league, his siblings, grandmother, and many other friends cheered for him. His father said that it was all Jeremy’s effort and hard work that has now worked. 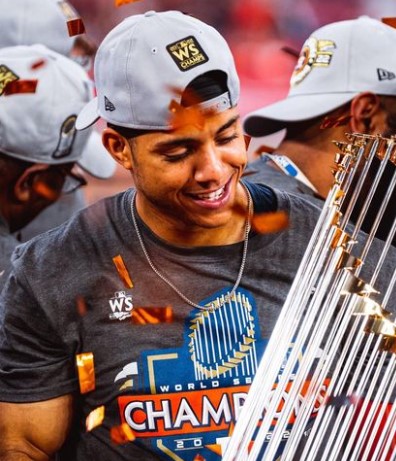