Many wake up daily to become successful and live their dreams, some want to be doctors, some want to be engineers, and some want to be actors. Today we are talking about someone who always wanted to be an actor and did become a famous actor. Charlie Hunnam is an actor by profession who rules many people’s hearts with his magical work and performance.

Charles Matthew Hunnam known as Charlie Hunnam is an English actor and screenwriter. He is mostly known for his role in Sons of Anarchy as Jackson Teller on the FX series. Charlie plays as the vice president of a motorcycle club. It’s an action crime drama tv series.

Who Are Charlie Hunnam’s Parents?

On 10 April 1980, Charlie Hunnam was born to William Hunnam and Jane Bell Hunnam in Newcastle upon Tyne. His father was a scrap metal merchant who died in 2013 and his mother was an aspiring ballet dancer who later became a gift shop owner. His parents separated when he was still a child so, he was brought up by a single parent.

Charlie has 3 siblings, including an older brother named William. When he was 12 years old, his mother remarried and had two sons who now are Charlie’s younger half-brothers, Oliver and Christian. After remarrying, his family moved to Melmerby, Cumbria. He was competitive from a young age and rebellious.

He loved to play rugby as a teenager and often fought with his classmate, which got him expelled from his high school Queen Elizabeth Grammar School in Penrith, Cumbria. Then later he went to Cumbria College of Arts and Design in Carlisle to get a degree in film theory and film history aiming to write and direct his movies and stories. Charlie holds English nationality and his zodiac sign is Aries.

What Are The Career Peaks Of Charlie Hunnam?

At the age of 18, Charlie debuted in acting through a tv series by appearing in three episodes of ‘Byker Grove’. He got his fame when he was cast in ‘Queer as Folk’ as a 15-year schoolboy Nathan Maloney. He maintained his stride and appeared in the movie ‘Whatever Happened to Harold Smith?’ as Daz and moved to the United States to get more opportunities. 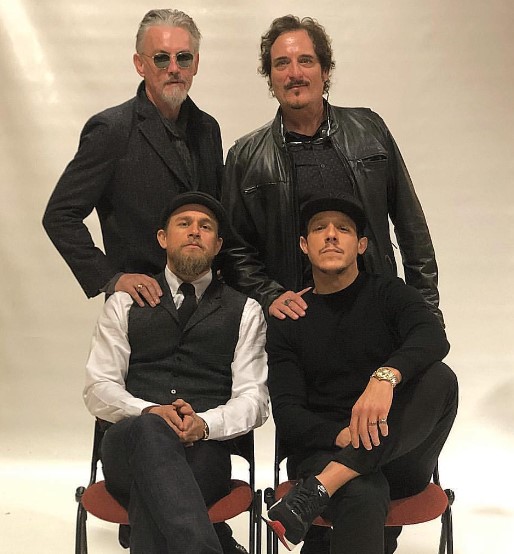 In 2008 Charlie appeared in the show Son of Anarchy, as Jackson ‘Jax’ Teller which led him to receive a Critic’s Choice Television Award nomination, three EWwy Award nominations, and a PAAFTJ Award nomination for best cast in a drama show. He also starred in big-budgeted movies including Pacific Rim directed by Guillermo Del Toro. In 2013 Charlie was also announced to play the lead role in the movie Fifty Shades of Grey an adaptation of E.L. James’ novel but withdrew from the movie due to conflict with his schedule.

Charlie again worked with Guillermo Del Toro on his horror movie Crimson Peak along with Mia Wasikowska, Tom Hiddleston, and Jessica Chastain in 2014. Charlie appeared in the adventure movie King Arthur where he fights the Vikings as King Arthur, and in the movie, The Gentlemen both were directed by Guy Ritchie.

Charlie also has a remarkable career as a screenwriter, as a beginner, he sold his screenplay Vlad to Summit entertainment. This film is being directed by Anthony Mandler.

Who Is Charlie Hunnam Married to?

Just at the age of 18, Charlie Hunnam got married to actress Katharine Towne on July 25, 1999, but soon got divorced in 2002. They met while auditioning for the roles on Dawson’s Creek. Charlie and his ex-wife exchanged wedding vows in front of Silver Bell Wedding Chapel’s Reverend RJ Cotton. The couple went into marriage just after three weeks of dating. However, their married life didn't turn out well so they decided to part ways. His former wife is the daughter of actress Julie Payne and Filmmaker Robert Towne.

In 2007, Charlie met Morgana McNelis, the Jewellery designer. Although the pair faced certain hurdles on their way, they are trying hard to keep their romance alive. They are still dating and it is their longest relationship of Charlie so far.

Despite being in a relationship for so long, the pair are yet to be hitched. His partner Morgan is very eager to get married but on the other hand Charlie don't have great romantic feelings towards marriage.

Additionally, In an interview with Elle, Charlie announced that he has germaphobia. He also suffers from Dyslexia.

What Is Charlie Hunnam’s Net Worth?

As of 2022, Charlie Hunnam has a Net Worth of $ 20 Million. His income source is acting, producer and screenwriting. His movie Pacific Rim grossed $411 million worldwide. Up until 2017, he was not available on social media, now he has 502k followers on Instagram and is respected and supported by his fans. Charlie has also endorsed brands like Calvin Klein and Emporia Armani. Charlie is represented by Brillstein Entertainment Partners, Talent Management company, California, United States. He also has a wiki page dedicated to him in the Wikipedia database. 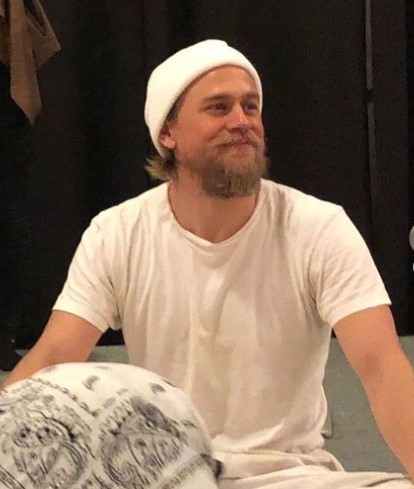 How Tall Is Charlie Hunnam?

With an Athletic body build, Charlie has a height of 6 ft 1 inch and weighs 88kg. Charlie has blond hair and blue eyes. He recurrently plays tough guy for which he goes to the gym and trains himself to have a muscled body. For his role in King Arthur, Charlie practiced sword fighting 5 days a week and 12 hours per day. His favorite workout is swimming. Charlie also does yoga to calm himself and meditates when necessary.