American Football is one of the most loved games in the United States. National Football League (NFL) organizes an annual championship called the Super Bowl every year in the month of February. One of the famous characters of the Super Bowl is Van Jefferson.

Van Jefferson became a well-known face in the Super Bowl LVI i.e 2022.  We’ll explore everything about the player from his age to family, dad to wife, kids to net worth. Before we do that wiki run, let’s begin from the beginning:

Where Was Van Jefferson Born?

He was born on July 26, 1996, in Jacksonville, Florida to parents Maria Jefferson and Shawn Jefferson. Van’s father influenced him to get into football. He grew up in Brentwood, Tennessee with his family that contained his parents and two sisters Paige and Faith. He attended Ravenhood Highschool followed by the University of Florida. He also attended St. Mary’s Preparatory Highschool in Michigan.

Who Is Van Jefferson’s Father?

His father Shawn Jefferson is an American football coach and former wide receiver. He serves as associate head coach and wide receivers coach at the Arizona Cardinals of the National Football League (NFL). 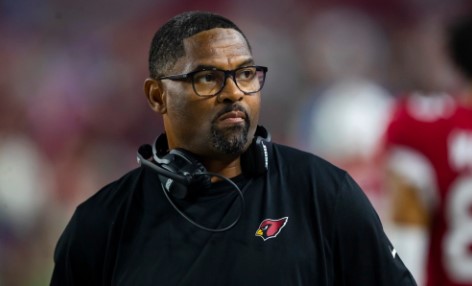 His career started in college as he played college football for Ole Miss from 2015 to 2017. After that, he went on to play for Florida from 2018 to 2019. When the 2020 NFL draft sat to select newly eligible players for NFL 2020 Jefferson got the opportunity.

Who Is Van Jefferson Married To?

Jefferson is married to Samaria Jefferson and is dad to two beautiful children. Jefferson and his wife are high school sweethearts who started dating in 2014. They got married on June 15, 2021.

Samaria is a social media influencer who shares her life with her 19.1k followers on Instagram. She is often seen taking care of kids and spending vacations with family.

Their first kid was a daughter, Bella was born in 2016. Jefferson is really close to her daughter, he took his daughter to her first Daddy-Daughter dance two days before SuperBowl. His wife, Samaria later said in the interview that he was determined to attend it at any cost. 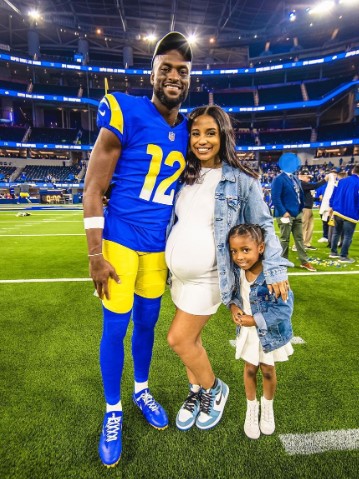 Their second child, Curtis was born on Feb 13, 2022, the same day he became Super Bowl Champion. His wife, Samaria got into labor in the stadium while watching the match and was rushed into hospital.

He said in the interview that we won three things on that day, his wife, son, and the super bowl. Many admired his dedication to the game as his wife was rushed into hospital mid-game. It was really a great moment in the history of American football.

What Is The Net worth Of Van Jefferson?

His contract is worth $ 5 million with Los Angeles Rams. His net worth was early estimated to be $2 million but this is likely to go up as he is Super Bowl Champion now. He is seen living a lavish life in his Instagram posts alongside his wife, Samaria, and their kids.

He has a significant social media presence with 107k followers. He might earn from social media endorsements as well.

How tall is Van Jefferson?