There is this saying “Like father, like son, Like mother, like daughter”. Parents are role models and first teachers for the children. They learn things by seeing them. There are many kids who decide to work in the same field as their parents as they get mature and consider their future careers. Today we are talking about Amanda Anisimova who also follows in her father's footsteps and choose her career in tennis.

Amanda Anisimova is a professional right-handed tennis player.  She made her debut on the WTA Tour at the Miami Open in the spring of 2017 at the age of 15 years old and won her first WTA championship on clay in Bogota, Colombia, in April 2019. As of August 29, 2022, her current Ranking in single is 24 as per Women's Tennis Association Ranking.

What Is The Age Of Amanda Anisimova?

Being born on August 31, 2001, makes Amanda the age of 21 years old now. She is the second child of parents Konstantin Anisimov (father) and Olga Anisimova (mother). Her birthplace is Freehold, New Jersey, USA. She belongs to the American nationality and is of Russian-American ethnic background. Her astrological sign is Virgo.

She has one older sister named Marie Egee who is also a tennis player. She developed an interest in Tennis after watching her sister play tennis regularly and used to play with her mother when she was five years old. Both Amanda and her sister were coached by their father who was a tennis player.

Moreover, the Anisimova experienced the darkest day of their lives when her father Konstantin suddenly passed away at the age of 52 from a heart attack in August 2019. Her dad died just a week before Amanda turned 18 years old and a few days before the US Open. She was devastated and temporarily stopped playing the game. But after some time, she returned to the field because she believed her father would want her to be doing it and continue to grow her career. She is home-schooled.

What Is The Professional Career Of Amanda Anisimova?

Amanda Anisimova is a rising American-Russian tennis player who has earned various titles and championships at such a young age. While talking about the background of her career highlight,  Amanda earned a wildcard to the 2017 French Open, where she made her grand slam main-draw debut but was defeated by Kurumi Nara of Japan in three sets in the first round. 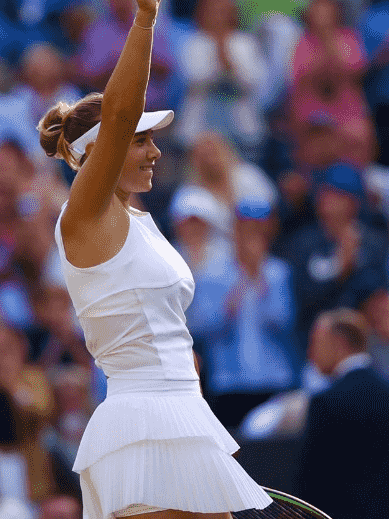 After that in April 2019, she earns the first WTA championship of her career by winning the Claro Open Colsanitas in Bogata in which she defeated Australian Astra Sharma with a score of 4-6 6-4 6-1. Anisimova began the year 2020 by reaching the quarterfinals of the Auckland Open before losing to Serena Williams. In January 2022, Anisimova won the Melbourne Summer Set 2 and also earned her career's second WTA title.

Who Is Amanda Anisimova Dating?

According to the wiki, Amanda isn’t single and is currently dating her boyfriend Tyler Ross. Tyler Ross is the son of former Australian Football League player Paul Roos. Amanda and Tyler have been dating each other since 2020 and are happy with each other. 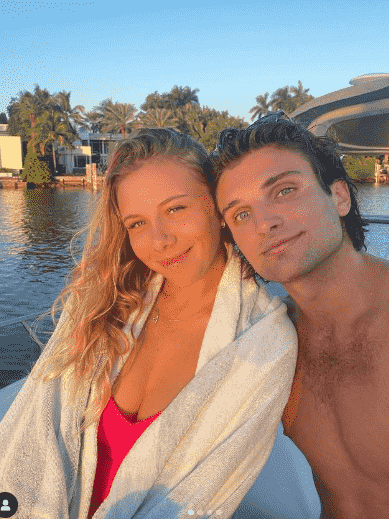 Read Further: Who Is Caroline Wozniacki Married To?

What Is The Net Worth Of Amanda Anisimova?

The total net worth of American professional tennis player Amanda Anisimova is estimated $2 Million. She earns a huge sum of money from her professional career as a tennis player. As of 2022,  Amanda Anisimova has collected the sum of $3,792,367 in prize money according to the WTA Tour website. Moreover, she also earns money from endorsements. In 2017, she landed a deal as a Nike sportswear brand endorser and signed a contract worth USD $70 million in November 2019.

What Is The Height Of Amanda Anisimova?

The height of Amanda Anisimova is 5 feet 11 inches and her body weight is around 60 kg. Her eye color is black and has blonde colored hair. Her waist size is 26 inches.